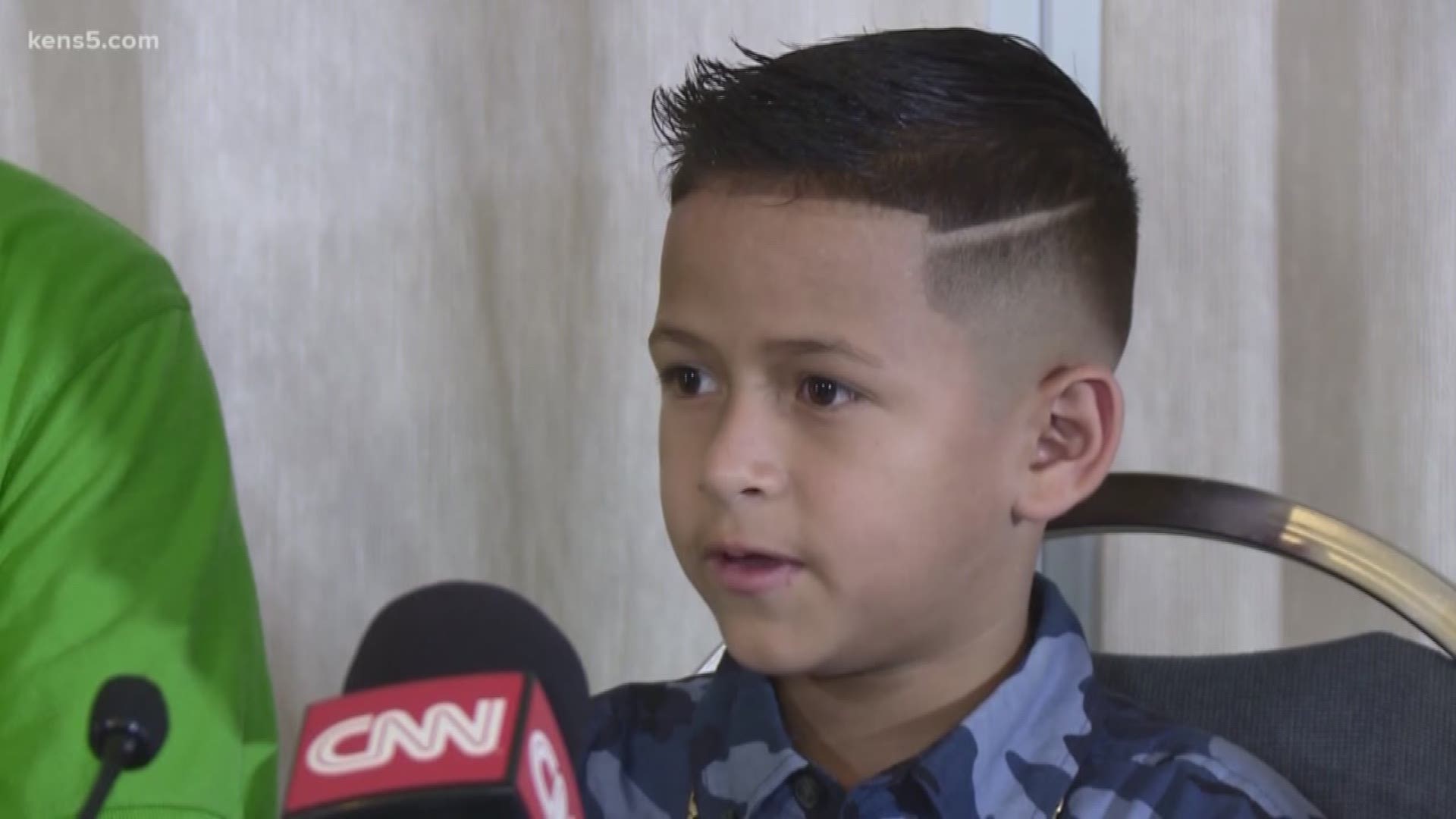 SAN JUAN, TX — Hundreds of immigrant children are to remain in the government’s custody after the Trump administration failed to reach the second deadline to reunite them with their families.

However, hundreds more were released to parents across the country.

Omar Dominguez and 8-year-old Arin reunited Wednesday after being apart for three months.

“I never expected that,” Dominguez told reporters during a press conference at the Basilica of Our Lady of San Juan del Valle.

The Honduran father and son said that they arrived at a port of entry to ask for asylum and did not expect to be separated, especially after the assurances by the Trump administration.

“I felt like I wasn’t going to ever see him again,” said Dominguez about his son.

Arin, who was in a foster home in New York, said that he felt sad to be apart but was treated well by his foster family, gifting him with a gold-colored necklace, ring, and a haircut.

Dominguez admits that had he known they would be separated, he would have chosen a different place to flee to.

The Catholic Church offered the Department of Homeland Security their services to receive the wave of families being reunited and released as the government moved to try to comply with two court-ordered deadlines, the first on July 16 with reunifications of children under 5 years old and the second group of children 5 years and older by July 26.

Critics of the president’s "zero tolerance" policy say these deadlines were not met.

“We see the failure of the federal government to be responsible for their actions,” said Christina Patiño Houle, a spokeswoman for the Equal Voice Network.

Government officials outlined their latest results in a court filing, indicating that out of the 2,551 children ages 5 and up that were supposed to be reunited by Thursday:

Elisa Filippone belongs to a loosely-organized group of volunteer moms called Angry Tias and Abuelas (aunts and grandmothers). They have vowed to help undocumented families with donations as they expect more will continue to be released in the coming days.

“This community has the support of Catholic Charities but they can’t tend to absolutely every single need,” Filippone said.

Dominguez’s need, he said, is to help his other six children and wife he left behind in Honduras. He wants to find a job in the U.S. where he believes there’s hope and opportunity.

Dominguez has been released with a date to show up in court in a few weeks. In the meantime, he and Arin are headed to Kentucky.

While the deadline may be up, the legal battle is not yet over. Immigration experts say that the court could hold administration officials in contempt. In other words, the court will decide the next step.