At its peak capacity, the Freeman complex housed 2,010 migrant boys between ages 13 and 17. 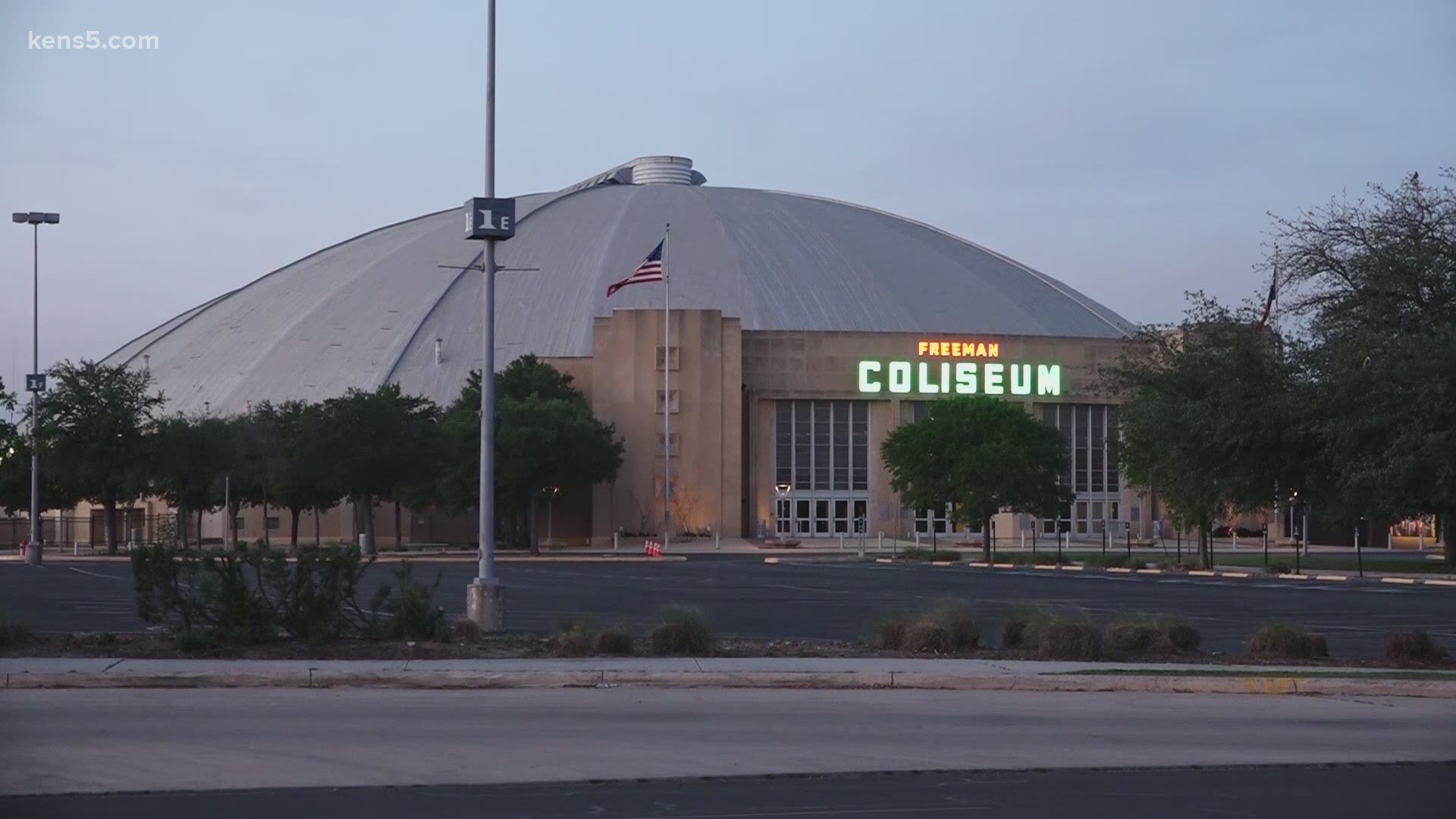 SAN ANTONIO — The Freeman Coliseum is empty for the first time since migrant boys arrived at the emergency shelter on March 29.

Volunteers will spend the remainder of the week packing supplies and cleaning. The federal contract with Bexar County ends on May 30.

"It was intentional to make sure that the last kids were out a week before so that contractors can break down," commissioner Rebeca Clay-Flores said. "We are on target."

County Judge Nelson Wolff said the feds found family members or well-vetted sponsors for 70 percent of children who stayed at the emergency shelter in San Antonio. Those boys will stay with their relatives or sponsors while they pursue permanent residence in the United States through the asylum process.

"I would say that we were successful," Clay-Flores said.

At its peak capacity, the Freeman complex housed 2,010 migrant boys between ages 13 and 17.

The feds needed more time to find single-family homes for roughly 30 percent of those boys. They've since been transferred to other federal facilities or licensed childcare homes where case workers will continue to look for sponsors.

Neither the federal government nor Bexar county have detailed exactly how many boys were transferred out of the facility or how many were unified with sponsors.

Wolff noted that the state has not produced any evidence that corroborates claims of sexual abuse inside the facility. He added it will be difficult to investigate the allegations further since there are no children left.

"There really isn't any other investigation going down," he said. "Nothing was found. Everybody's leaving the facility."

Clay-Flores volunteered regularly inside the shelter.

"So many of the kids, as well as volunteers and staff, were crying (when they left)," she said. "That's a testament to how they were treated at this facility."

One of the last two remaining boys presented Wolff with a drawing Monday morning, shortly before he left.

"It was a drawing of the sun coming up," Wolff said. "To me, that was a symbol of what this young boy was really hoping would happen in his life: The sun, finally emerging."

There are still 334 boys staying at Joint Base San Antonio Lackland. The federal government says that facility will remain open through the summer.