County officials said the surge in migrants at the border is consuming county resources. 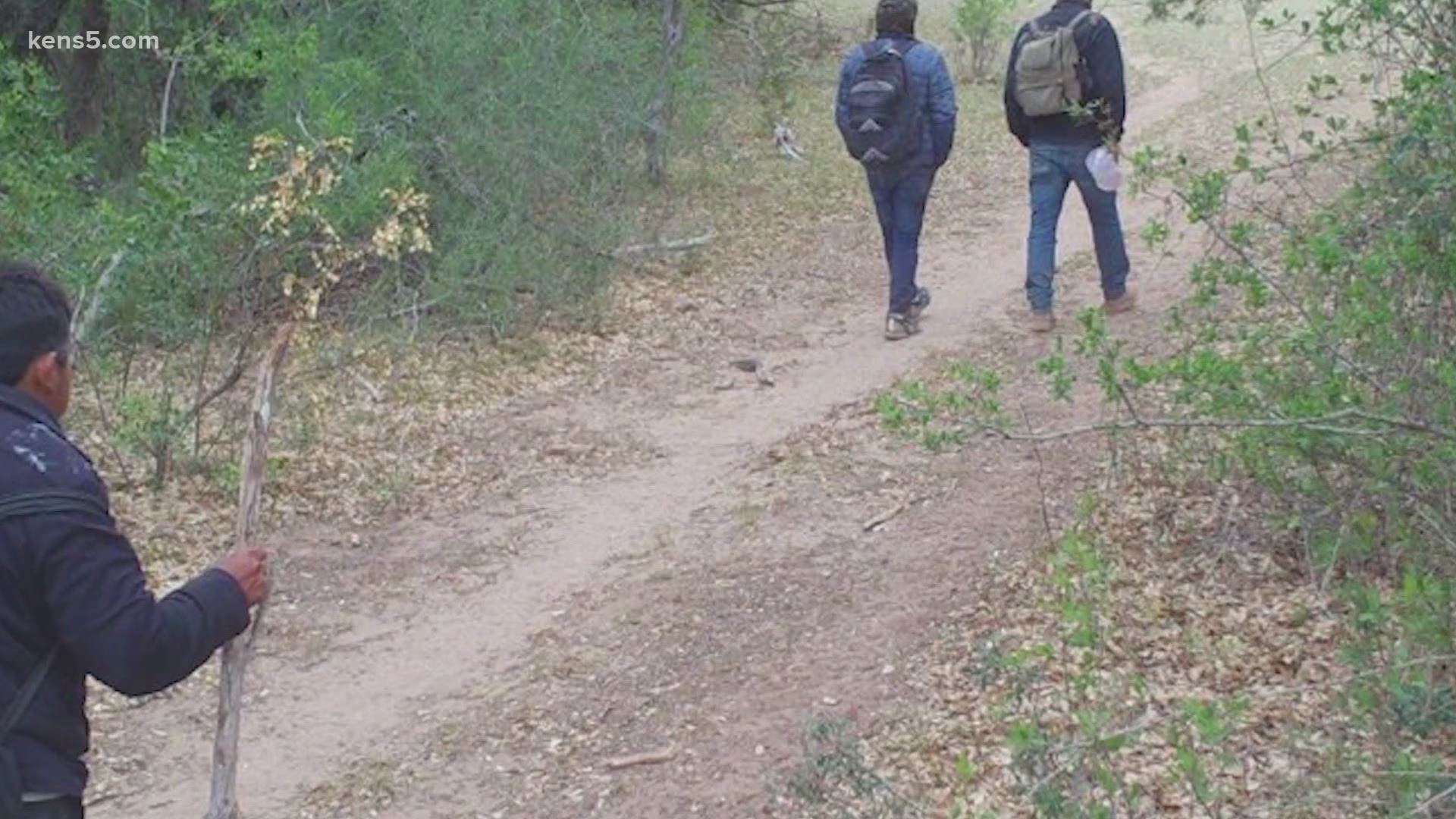 Many of those arrests unfolded in Kinney County, where commissioners approved a resolution on Monday declaring the community is not a sanctuary county for migrants.

A Kinney County attorney, Brent Smith, said it’s something they’ve been doing all along, but they hope state and federal leaders will take note of what’s happening in their rural border county.

Smith said he’s been watching the border crisis unfold in his backyard.

“In the past three nights, we've had illegal immigrants coming through the ranch I live on—50 yards from the house,” Smith said.

He said he's seen multiple groups of migrants crossing his ranch at night and during the day, the images caught on his game cameras.

“We're sick of not being able to go out on our own property at night. We're sick of having high-speed chases in our in our town,” Smith said. “You know, we don't have the rights other Texans have because we live on the border and we have to deal with this. It's ridiculous.”

Smith said the resolution declaring the county a non-sanctuary for migrants was a statement to other Texas communities, as well as state leaders.

“We want to make the statement that we're not going to be a county that allows illegal immigration and we're going to enforce it with our county law enforcement,” Smith said.

He said the surge of migrants crossing the border is consuming local resources.

Smith added that, recently, the only EMS crew on duty in the county was responding to a bailout accident while, at the same time, a county resident was suffering a heart attack.

“The EMS director told me that if we were there sooner, we could have saved her life,” said Smith.

Smith said the county has also taken a financial hit.

Since January, Smith said the county has used its resources to fly at least five migrants to regional hospitals after smuggling attempts ended in wrecks.

“It's $40,000 per life flight, and we pay for that and we pick up the tab,” Smith said.  “I don't think most Texans realize what it actually costs in both monetary and human lives as well.”