Families of those who journey north can never be sure if they’ll see their loved ones again. Meet the Border Patrol agents who work to provide them with closure. 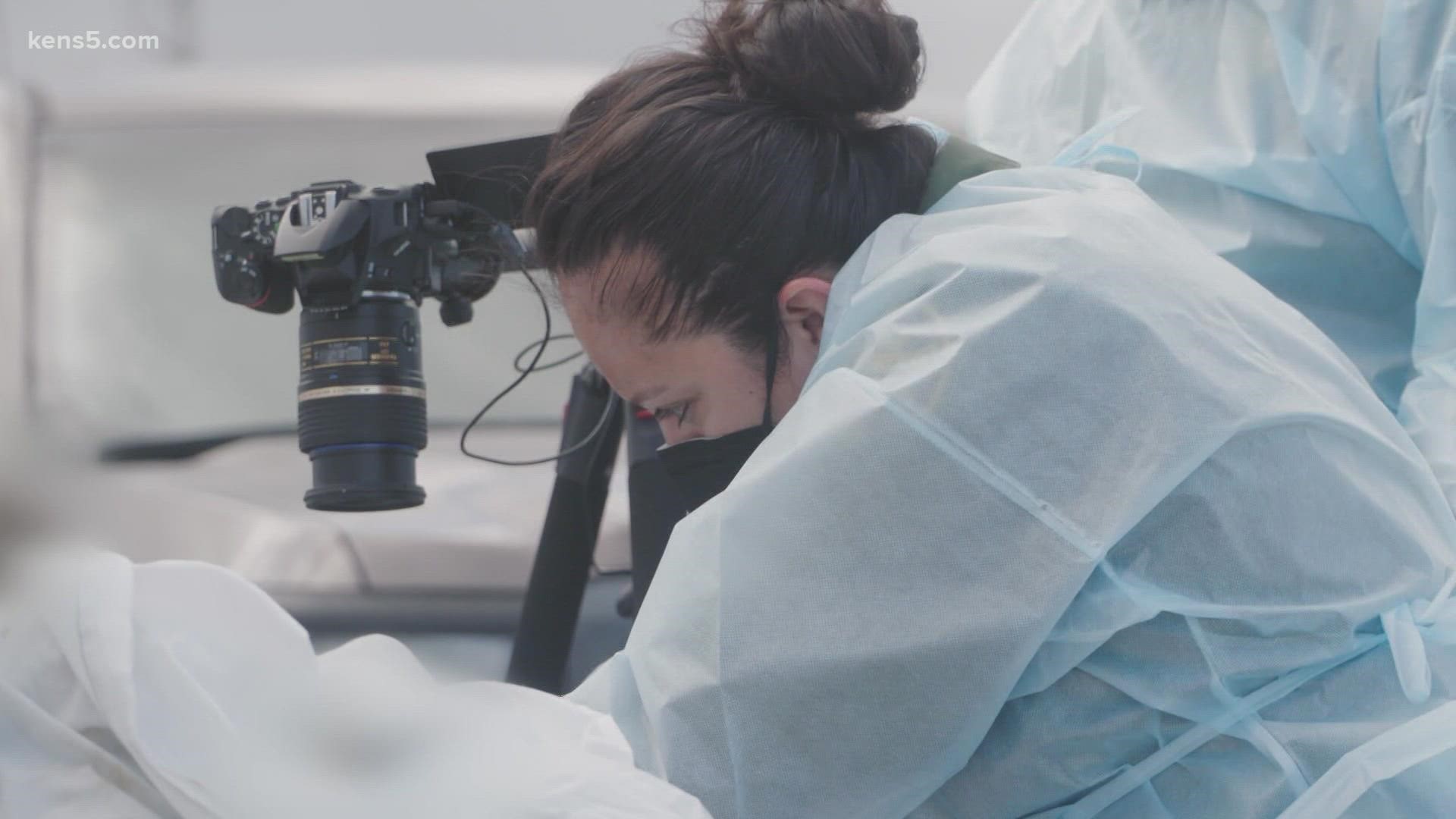 BROOKS COUNTY, Texas — Editor’s note: some of the images in the story could be disturbing to some viewers and readers

In a Brooks County parking lot sits an ordinary trailer; nothing about it would give passersby a second thought.

But for families of missing loved ones, those who tried to cross the border into the U.S., the trailer is important. It  may hold the body of a son, daughter, father, mother, brother or sister—the body of someone they haven’t  seen since they left their home country.

It’s Brandon Copp’s job to help figure out who those people are.

Copp is a supervisor with the U.S. Border Patrol Missing Migrant Program in the Rio Grande Valley.

“Our priority is to focus on rescue efforts and mitigate as many deaths as possible,” Copp said. “Just because you come to the United States, it shouldn't be a death sentence.”

But for many migrants trying to cross the border, elude authorities and make it to their destination, the journey often proves deadly.

“They're traveling through miles and miles of harsh terrain, where you have extreme heat vegetation, which creates a sauna environment. And a lot of times these migrants...don't know the reality,” Copp said. “If they can't keep up with the rest of the migrants who are traveling with these smugglers, guides will leave them behind for dead.”

The MMP program has been around in the RGV for several years. It’s a national effort that started in Arizona, according to Copp.

Copp said this fiscal year, which runs October through September, has been especially busy. In FY 2021, he said, the Rio Grande Sector of the Border Patrol engaged in 949 rescues while helping to identify 130 bodies. It’s a sharp increase compared to the pandemic fiscal year of FY 2020, when CBP reported 304 rescues and 58 deaths. But the numbers are even higher than the pre-pandemic year of FY 2019, when CBP engaged in 794 rescues and identified 69 bodies.

Border Patrol officials told KENS 5 the hope is  always to find people alive. That’s why the agency increased what it calls “rescue assets” in this part of the state by 309%in FY 2021. RGV Border Patrol told KENS 5 it had 44 rescue beacons, 1,350 placards and 22,000 GPS’d landmarks – like pole lines, windmills and cattle guards – to help a person identify where they are if lost and calling 911.

“We also monitor social media,” Copp said. “We monitor news outlets to ensure we're notified of every single death that happens, in order to provide that closure for that migrant.”

The program works with local law enforcement, who often find the bodies on ranch lands and, in the case of Brooks County, where KENS 5 was filming this story, brings them to a portable morgue.

“The sad truth is a lot of migrants would go buried as John Does, Jane Does ,and left unidentified and families family members never had any type of closure,” Copp said.

Fingerprints, in the way we think about them or have seen them on TV, are not always possible after someone is found in the middle of nowhere, after being there for a long time.

Copp walked KENS 5 through the challenges of identifying someone as he took photographs of a body.

“This migrant was pretty far decomposed,” Copp said. “Traditional latent prints, where you put ink to paper, we weren't able to do that. So we had to conduct macrophotography with a high-resolution camera and to capture those fingerprint images.”

Not every person’s fingerprint is in the vast U.S. database. Copp and his partners have to try different methods to find people.

“Typically, in pocket trash you’re going to find phone numbers of family members,” he said. “We also collaborate with our foreign consulates and identifications. We exhaust every effort to provide closure to that migrant.”

Copp gave KENS 5 a recent example where he was working to identify a body that was severely decomposed. The person had no ID on them, and the fingerprint search came back with nothing.

Copp said the team had the person’s cell phone and found a number in it that was listed as the person’s brother. According to Copp, their agent called that number, which turned out to be in Guatemala, but the person who answered said they didn’t know of anyone coming to the U.S.

They then went to a local radio station, where they put out a call for information. On that same day, Copp said, Border Patrol received a call from New York; it was a person who said they had a friend who crossed and that the unidentified body might be him.

Copp said with the help of Guatemalan authorities, they were able to successfully identify the diseased migrant. 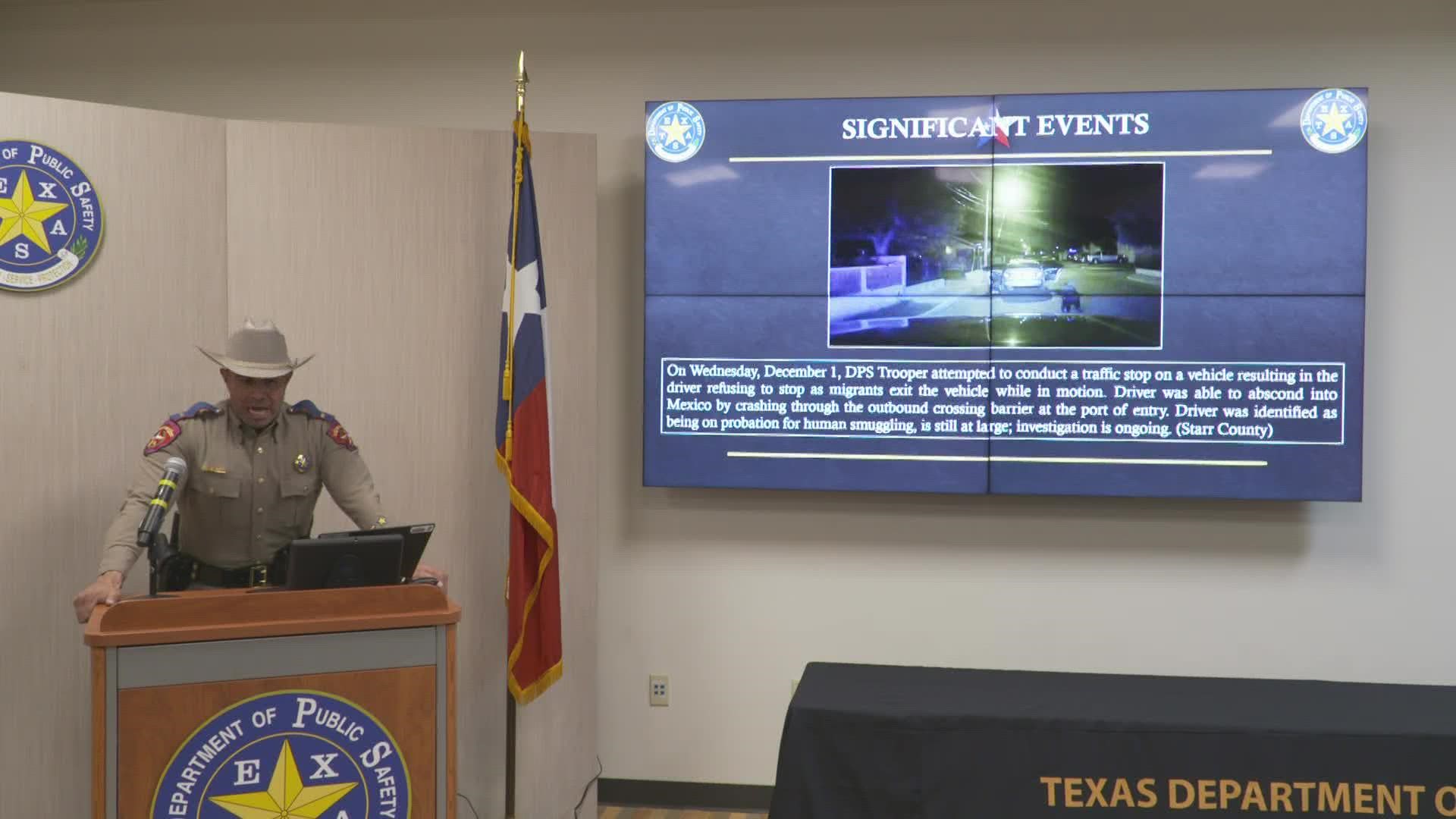