KENS 5 was able to get a look inside the south Texas Border Patrol-run facility for the first time. 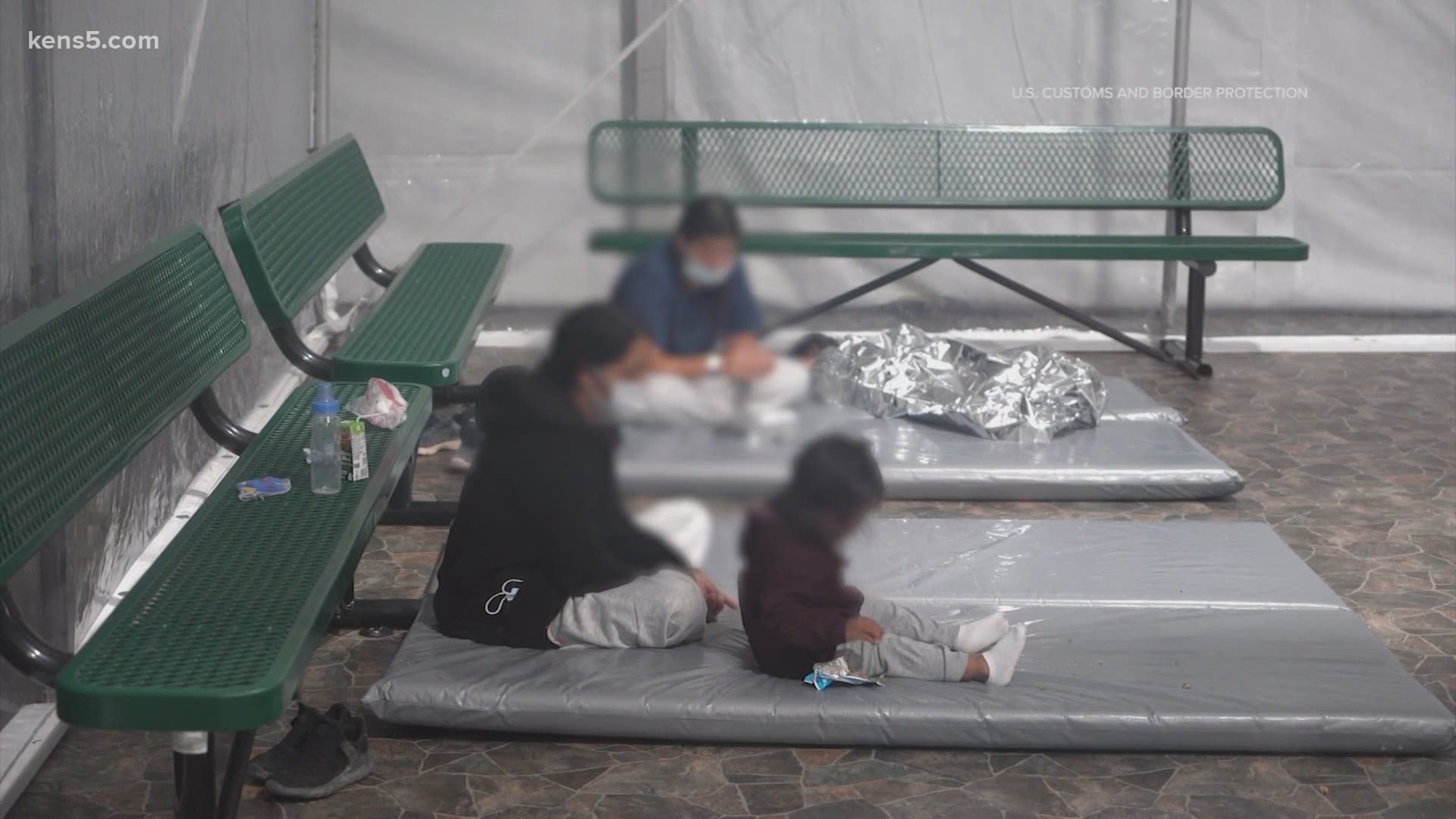 DONNA, Texas — Packed with people—that’s how you might remember the family-holding facility in Donna, Texas after you've been there.

The detention facility, located in the Rio Grande Valley near McAllen, got a lot of attention in March from Congressional Republicans who visited and posted pictures on social media.

At that time, journalists weren’t allowed in. On Thursday, Border Patrol organized a media tour and told KENS 5 Photojournalist Jose Sanchez the reason for the tour was the numbers have leveled off and were currently holding steady.

Sanchez was only allowed pen and paper on the tour. The images from inside the Donna facility have been provided by Border Patrol.

Sanchez, who’s worked on the border for many years and has been on similar tours before, said he saw employees cleaning constantly, snacks, juice boxes, diapers and baby formula on tables everywhere. He saw some kids watching a movie and families watching a soccer match.

The holding facility in Donna accommodates families and unaccompanied minors. It opened in February. According to Border Patrol, at the height of the surge – between the end of March and the beginning of April – 5,600 people were in custody throughout the Rio Grande Valley sector. Of those, 3,700 were unaccompanied minors.

Border Patrol officials told Sanchez 810 people were being held at Donna now, 330 of them unaccompanied kids. The numbers are still high. Under COVID-19 regulations, Donna’s facility should have no more than 500, Border Patrol told KENS 5.

A third tent is being built, to be completed sometime in May, which will increase capacity, according to authorities.

Border Patrol said people being brought into Donna get medically checked out. They have ongoing medical care available.

Border Patrol has been criticized for the number of days some children were forced to stay in custody. In the past, some kids were held at Donna for close to a month.

Nonprofits working on the Mexican side of the U.S. border, in towns that receive expelled migrants, have told KENS 5 they are seeing many families expelled who have young children, including some babies.