'I would say it's catastrophic': Border counties seeing a surge in human smuggling

The pandemic isn't slowing down the efforts of people coming into the country by illegal means. 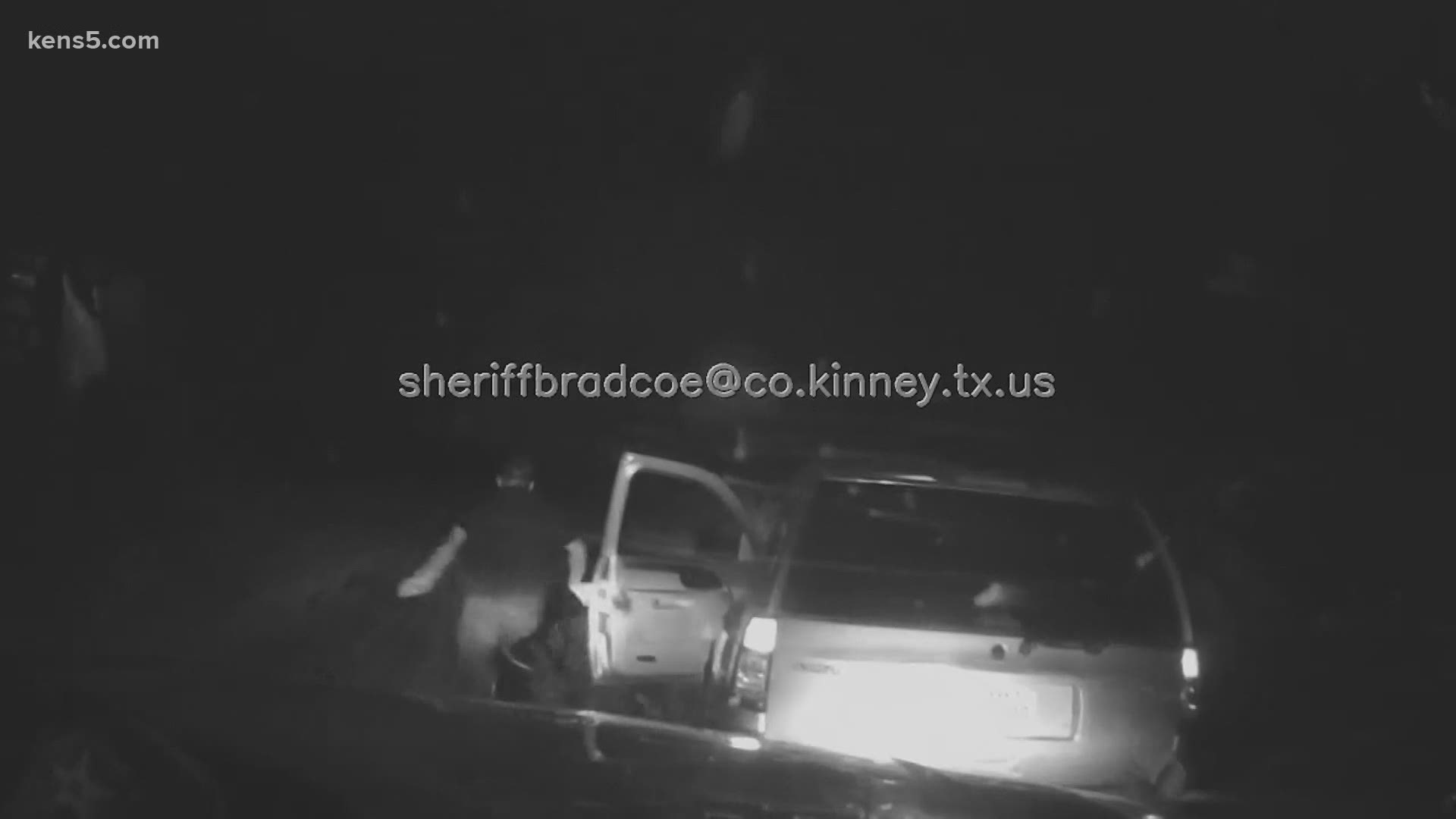 On one recent day, the Kinney County Sheriff’s Office, along with Border Patrol and the Department of Public Safety, stopped half a dozen smuggling attempts in an eight-hour period.

“The smugglers are up. Apprehensions are up. Pursuits are off the charts,” Kinney County Sheriff Brad Coe said. “I would say it’s catastrophic.”

“It's pretty twisty. If the speed number says 20 (mph), you better be doing 20 miles an hour. You ain’t gonna make it through that curve (otherwise),” Coe said.

Last Sunday, he said, three migrants died in a rollover crash after a human smuggler led police on a high-speed chase down Ranch Road 674. Two migrants were taken to the hospital in critical condition.

“The accident the other day tied up every ambulance we had. We had to call for support from Edwards County,” he said. “All three of my deputies, were on duty. One was off-duty and responded.”

Coe said the smugglers have been driving through ranch properties, sometimes crashing through fences, like a recent crash on a ranch four miles outside of Brackettville.

Coe said it took authorities hours to find the migrants and driver who ran from the vehicle.

Authorities said the SUV in that crash was stolen from the San Antonio area.

When this surge in smuggling will end, Coe said he doesn’t know. He said both the smugglers and the migrants they're ferrying are becoming more desperate.

“They're knocking on people's doors at 2, 3 in the morning because there is no food, and they're out of water,” Coe said. “A couple of weeks ago, we had the heat index up to 115, and we ended up finding the body of one.”

Coe said the ongoing COVID-19 pandemic is playing a part in this uptick in smuggling, creating more job opportunities for criminals of all ages.