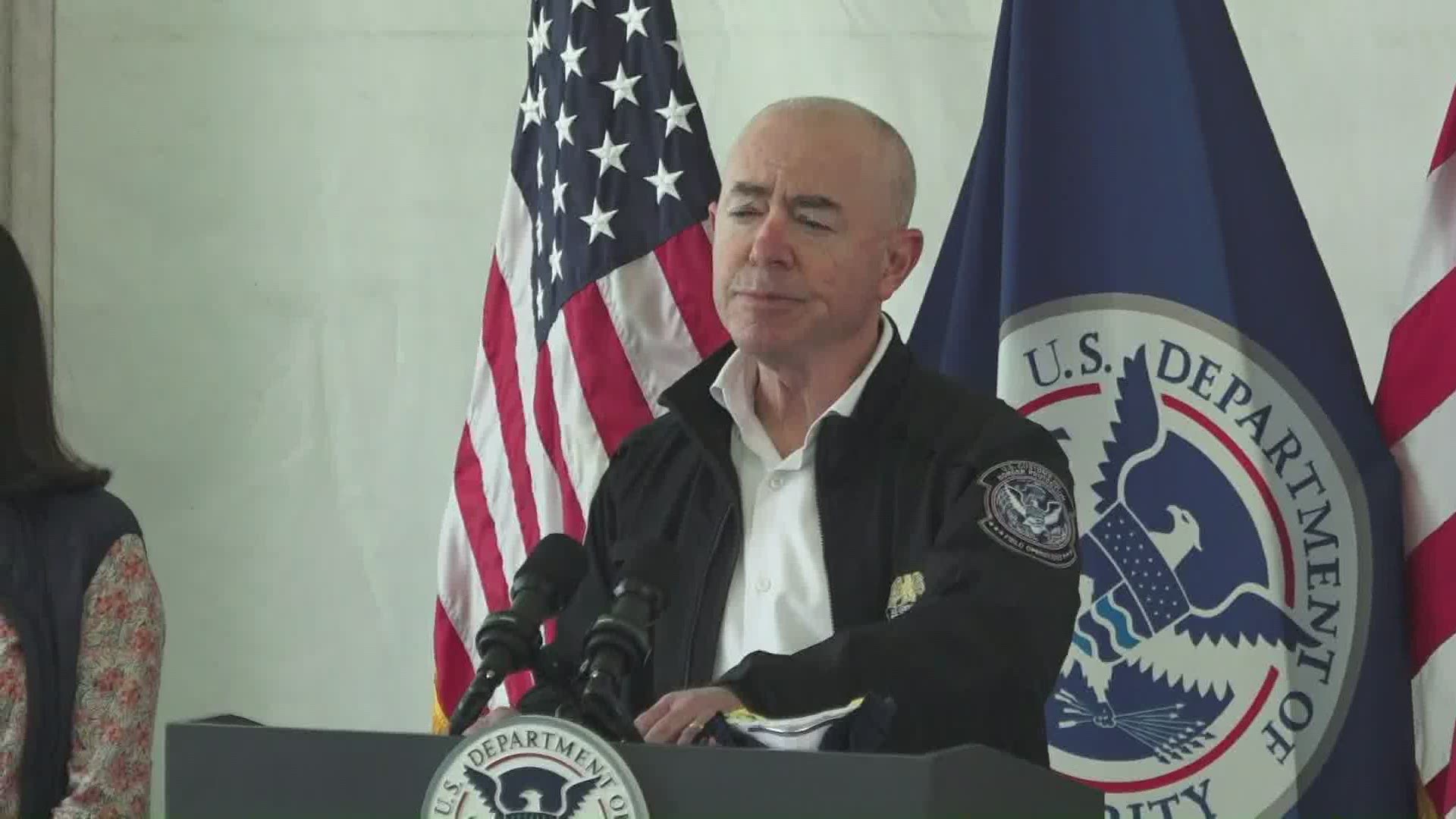 Department of Homeland Security Secretary Alejandro Mayorkas toured a migrant processing facility in Donna, Texas, on Friday to get an update on the surge of unaccompanied minors crossing the Texas border.

The detention facility, located in the Rio Grande Valley near McAllen, got a lot of attention in March from Congressional Republicans who visited and posted pictures on social media.

"The border remains closed and as a part of our all-of-government approach, we are not only addressing the challenges of the unaccompanied minors, pursuant to the law, but also the challenges of every other element, including the human smuggling organizations that exploit vulnerable children," Secretary Mayorkas said in remarks from the facility Friday. "I an nounced a number of days ago, Operation Sentinal, which is an all-of-goverment, and all of Homeland Security, effort to combat the human smuggling organizations that exploit vulnerable individuals before they arrive here."

The holding facility in Donna accommodates families and unaccompanied minors. It opened in February. According to Border Patrol, at the height of the surge – between the end of March and the beginning of April – 5,600 people were in custody throughout the Rio Grande Valley sector. Of those, 3,700 were unaccompanied minors.

Secretary Mayorkas said in comments after the tour that there were currently only 334 children at the Donna facility. He also said there was just over 700 unaccompanied minors total at facilities along the border.

Secretary Mayorkas also said officials got the holding time for a child in the facility down to as little as 24 hours.

The secretary was joined by several members of Congress on the tour. He emphasized Congress' role in border issues and the importance of immgration legistlation.

"We are committed to passing immigration reform. There is unanimous agreement that our immigration system is broken and reform is desperately needed," Secretary Mayorkas said.