How does Governor Abbott plan to 'eliminate all rapists' across Texas?

The governor's statements followed his signing the state's heartbeat bill into law, drawing criticism and concerns from many who fight for rape survivors in Texas. 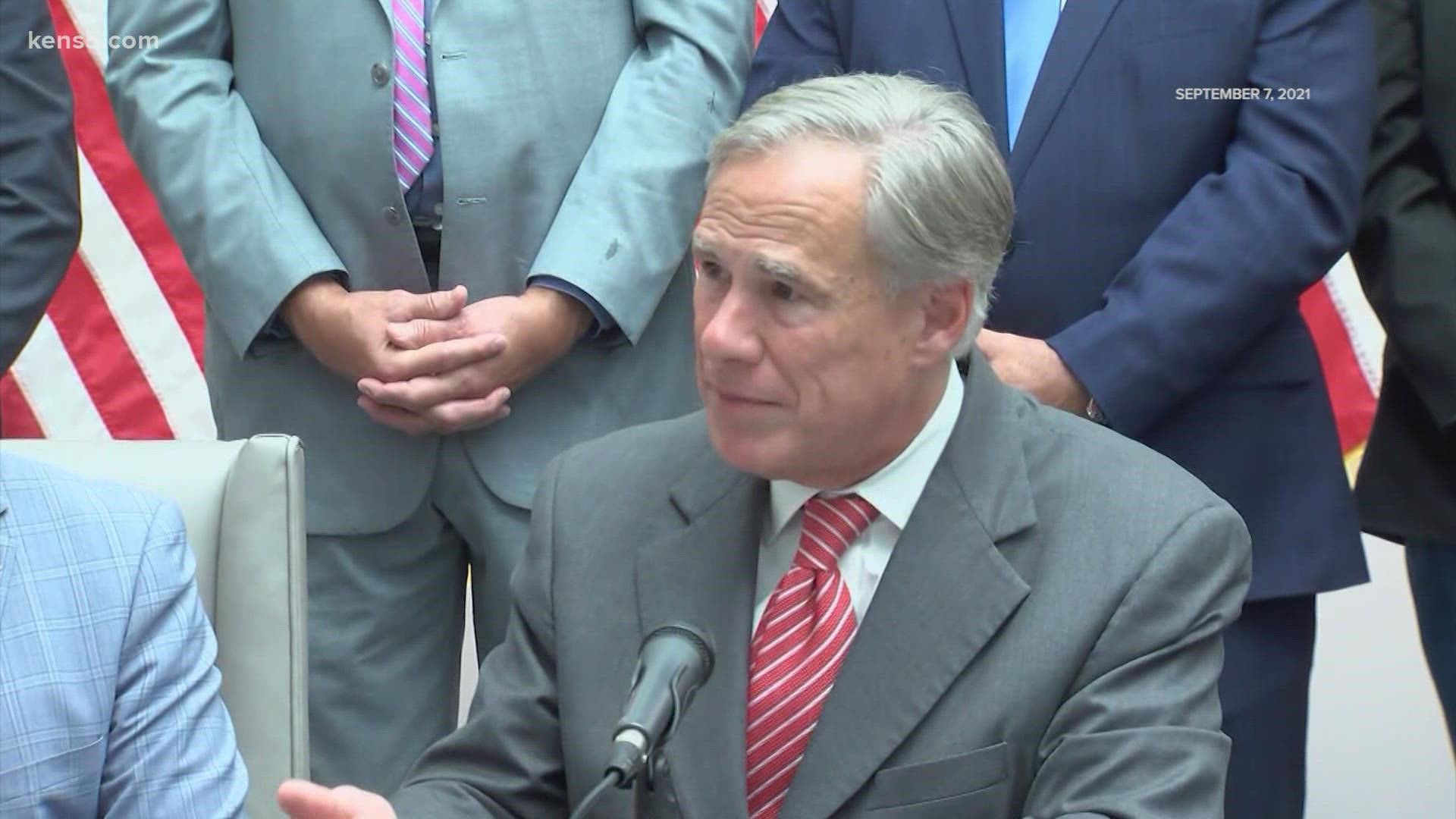 Texas Gov. Greg Abbott was in Tyler this week to sign new election rules into law when a reporter asked him about the new law that doesn’t allow abortions after six weeks, including in cases of rape or incest.

The question posed by WFAA reporter Alex Rozier: "Why force a rape or incest victim to carry a pregnancy to term?"

"It doesn't require that at all," Abbott responded, "because obviously, it provides at least six weeks for a person to be able to get an abortion.

"So for one, it doesn't provide that," he went on. "That said, however, let's make something very clear: Rape is a crime. And Texas will work tirelessly to make sure that we eliminate all rapists from the streets of Texas by aggressively going out and arresting them, and prosecuting them, and getting them off the streets.

"So goal No. 1 in the State of Texas is to eliminate rape so that no woman – no person – will be a victim of rape."

Brett Ligon is the elected district attorney in Montgomery County, near Houston. He's a Republican in a predominantly conservative county. He says as much as he'd like to eliminate rape across Texas, "as a practical matter, it's not going to happen."

Ligon emphasized that he appreciated the governor's thought process.

The Texas Advocacy Project has been helping survivors for 30 years. The nonprofit's mission is to end domestic and dating violence as well as sexual assault and other abuse. Their CEO, Heather Bellino, told KENS 5 she commends Gov. Abbott for wanting to eliminate rape, but questions how his administration will be able to do that.

"The question is, 'How are we going to do that?'" Bellino said. "And the only way we can do that is if we change societal norms, and we work together in a coordinated community response, and we make sure that victims are completely wrapped in services that they need to be supported."

The governor's comments have since received criticism on social media.

People there said that six weeks isn't enough time for many women to even know they are pregnant, and that rape is an underreported crime. Others said it sounded like the movie "Minority Report," in which individuals were arrested for crimes before they were committed.

"You can't Minority Report a first-time rapist 'off the streets' before it happens," one person tweeted.

Texas also faces a major backlog of rape kits that remain untested. In February, Sen. John Cornyn said that there were 6,108 untested rape kits, according to the Texas Department of Public Safety,

Abbott was in Edinburg Wednesday to sign a bill to limit the cost of insulin prescription co-pays for insured Texans; he left the event without taking questions from reporters.

KENS 5 asked the governor's office how he planned to eliminate rape, aside from prosecuting rapists. His office issued the following statement in response:

“Governor Abbott has championed the safety and security of all Texans, and has particularly focused on protecting and supporting women who may be victims of sexual assault. He signed laws aimed at clearing the rape kit testing backlog and added significant resources to expedite the process. To prevent such heinous crimes before they happen, and to prosecute any criminals to the full extent of the law, Governor Abbott has aggressively fought against defunding the police including signing legislation to ensure communities have the law enforcement resources to fight such crimes and investigate rapes. He also led bail reform efforts to prevent the release of dangerous criminals who may be likely to commit crimes like sexual assault.

"Even with the strongest laws and best enforcement, evil people will do evil things – and our responsibility as a society is to support crime victims with the resources and help they need. As Governor, Texas has consistently expanded those resources. Governor Abbott created a Child Sex Trafficking Team in the Governor’s Office, which leads the nation in fighting to end child sex trafficking and help young victims. He championed the Sexual Assault Survivors’ Task Force to help victims of sexual violence. Additionally, he signed a law that increases funding to the Alternatives to Abortion program, which now receives more than $50 million a year.

"From his earliest years of public service when he helped form Justice for All, an organization formed in response to a woman who was assaulted, through his days as Attorney General and Governor, Greg Abbott has relentlessly worked to hunt down and prosecute any criminal to the full extent of the law and provide victims with the help and support they need. He always knows that more must be done, and he will not relent until all Texans get the safety they deserve.”

SB 8 does prevent convicted rapists from filing suits against their victims.

The bill would be enforced by private citizens empowered to sue abortion providers and others who help someone get an abortion after six weeks, for example, by driving them to an abortion clinic.

Those private citizens would not need to have a connection to an abortion provider or a person seeking an abortion.

The bill has been denounced by hundreds of lawmakers and doctors — in letters circulated by opponents of the measure — who said its broad legal language could open the door to harassing or frivolous lawsuits that could have a “chilling effect” on abortion providers.