For the cartels fueling the surge in migrants at the border, business is booming, border patrol says

Border Patrol officials said that the weekly revenue for human smuggling has quadrupled since last year. 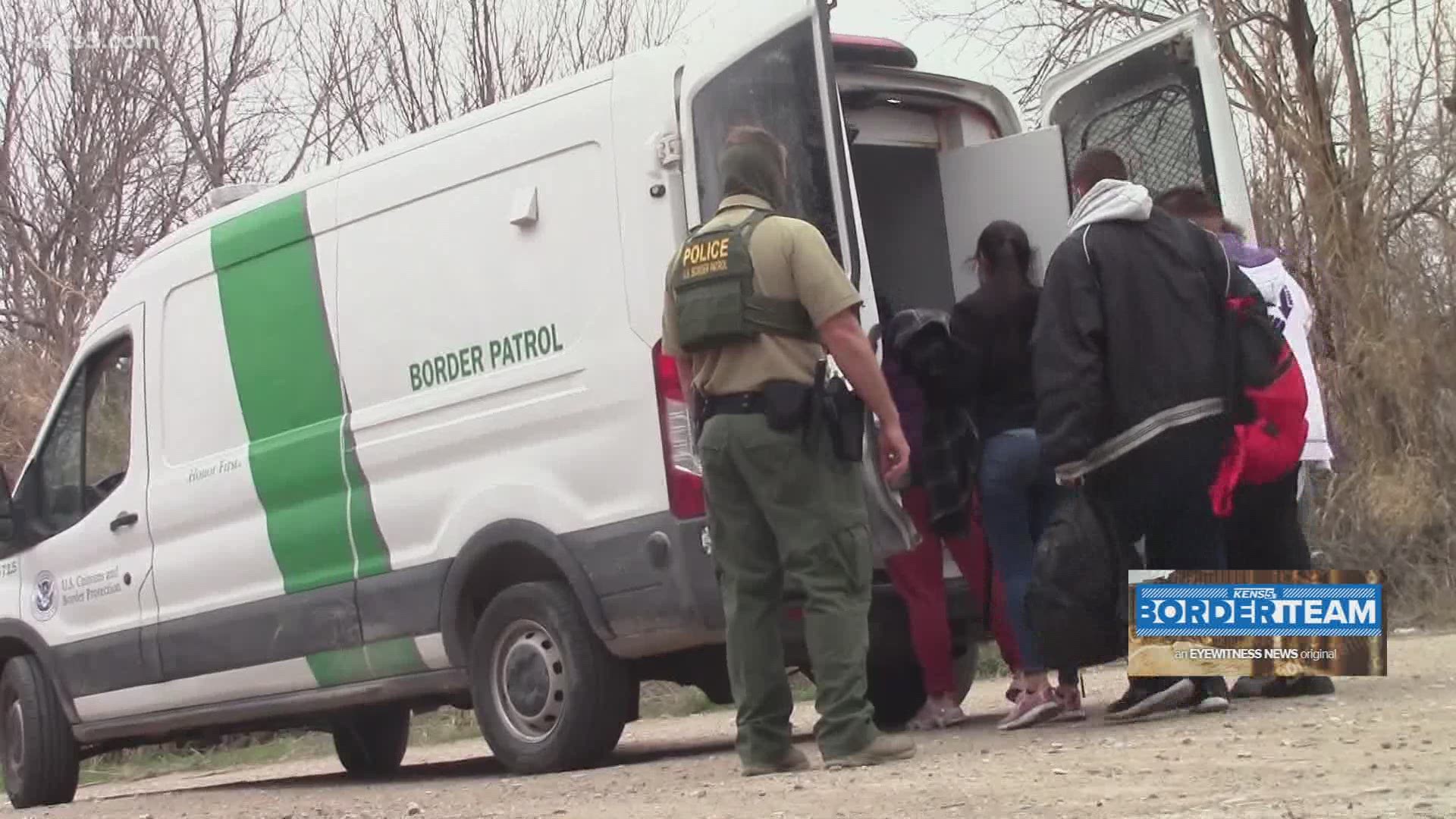 DEL RIO, Texas — As the influx of migrants continues across the U.S., Mexico border, the human smuggling business has also seen a spike in activity.

Last year, Border Patrol officials in the Del Rio Sector estimated the criminal organizations were making $5 million a week off human smuggling. In the last few weeks, that number has quadrupled.

“It’s a dangerous situation that people are making millions of dollars off of,” said Border Patrol Acting Deputy Chief of the Del Rio Sector Robert Danley.

Wednesday morning, the KENS 5 Border Team saw over a dozen migrants taken into Border Patrol custody.  It’s a sight that has become far too common in Del Rio.

“The numbers that we’re seeing are historic,” said Danley.

They said that last Sunday, they reached a record one-day total of 900 apprehensions, and to the criminal organizations fueling this surge, business is booming.

Border Patrol officials said the cartels are bringing in $24 million in weekly revenue from human smuggling.

“As the numbers go up, the money that the cartels and the smugglers are making is going to go up with that as well,” said Danley.

Danley said the cartels are recruiting the migrants in their home countries, and control where the migrants enter the U.S.

“When the migrants make their way up to the border on their own, they would show up in a lot of different places. Del Rio is not the most advantageous to travel to when you’re traveling from South America up to the border,” said Danley.

He said if business slows down in one area, the cartels will shift their tactics to another location.

Danley said, for example, El Paso used to be a hot spot for Haitian migrants, and then agents were able to tighten security in the area.

“Smugglers immediately moved their operations to another sector,” said Danley.

Danley said that sector is now Del Rio where they’ve seen a massive surge in migrants from not only Haiti, but also Venezuela.

Migrants are paying high dollars to get here.

According to Border Patrol officials, the fare is around $5,000 per person for families and unaccompanied children.

“We’ve seen a tremendous increase in convicted sexual offenders that are crossing, and other criminal migrants and those are the subjects that don’t want to be caught. Those are the ones that are going to pay that extra money,” said Danley.

Danley said the migrants are nothing but dollar signs to the smugglers, often putting them in dangerous situations, and leaving them behind if they can’t keep up.

“They’re putting themselves in the hands of the smugglers and the smugglers aren’t going to tell them exactly what to expect or what is in their best interest,” said Danley.

He said they often use children as decoys to distract agents.

“The smugglers identified a gap in our ability to remove folks, so they’ll send the kids across in a separate group,” said Danley.

While agents are tending to the children, sometimes left abandoned and alone, their parents are crossing safely down the river.

“They’re going to employ more tactics to try to avoid detection, and once they get into the interior, they’ll get reunited with their children,” said Danley.