VIDEO: Dozens of migrants pour out of a trailer in Frio County

Sixty-five migrants were apprehended, according to the Frio County Sheriff's Office. 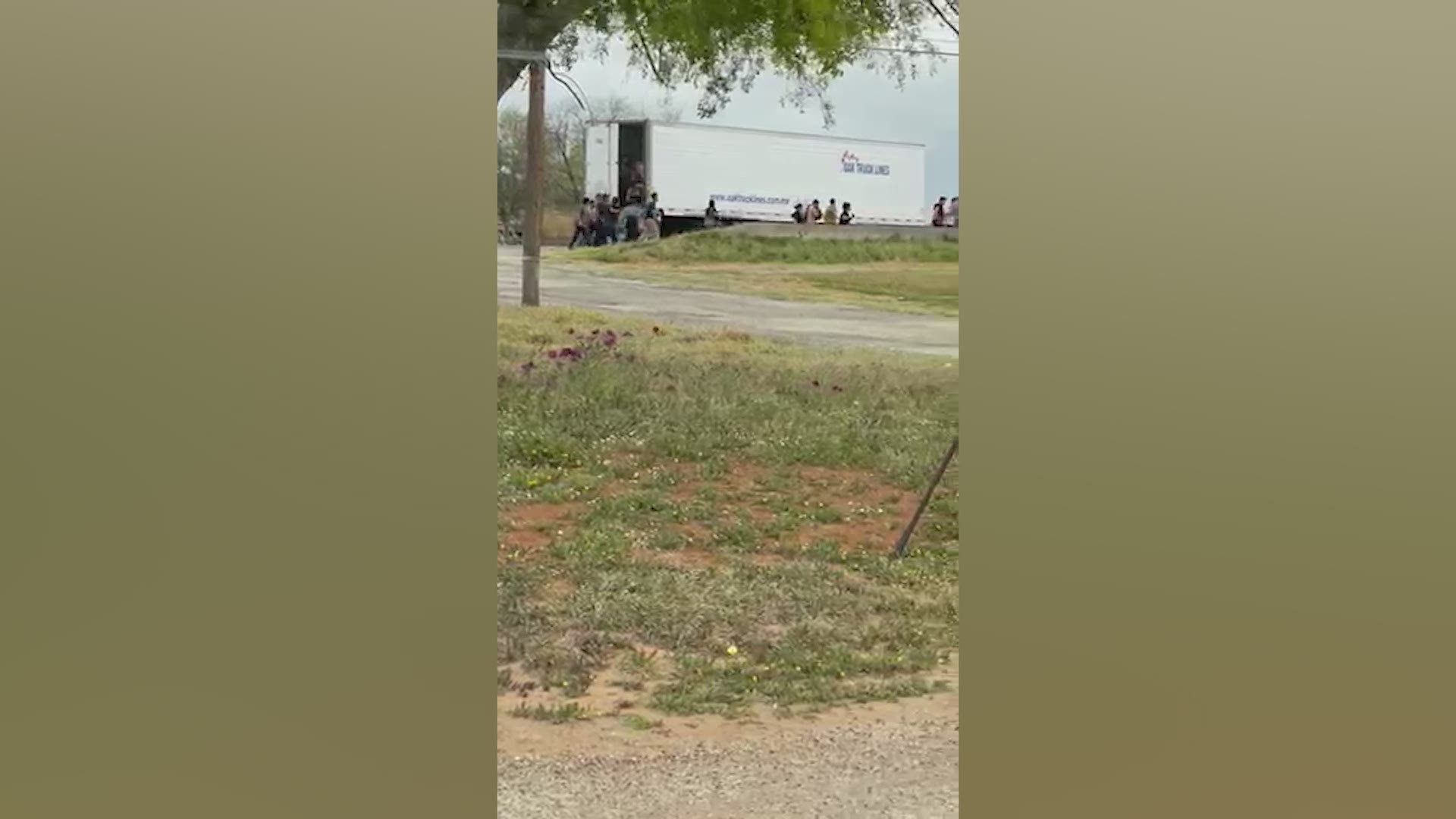 PEARSALL, Texas — Video sent to KENS 5 shows dozens of migrants pouring out of a trailer in Frio County. The Frio County Sheriff's Office told KENS 5 the incident caught on video took place around noon Monday in Pearsall, near the intersection of Oak and Nueces streets.

In total, 65 migrants were apprehended.

The driver of the truck was arrested and placed in federal custody; it is unclear what charges the driver will face at this time. Authorities did not elaborate on the whereabouts of the migrants.

According to the Pearsall Police Department, a person driving behind the truck saw arms and then someone's head sticking outside of the truck's small door. That witness called police.

Authorities said the driver fled along with the migrants and tried to blend in with group once authorities got there, but they were able to identify him as the driver and arrest him. They described the migrants as dehydrated and “soaked in sweat.”

As of 9 p.m. Tuesday, Pearsall PD said it was still getting calls from local residents saying they were spotting migrants running through their yards.

This comes as Republican lawmakers blame the Biden administration's border policy for a surge in migrants at the Texas-Mexico border. In a letter addressed to President Joe Biden Tuesday, Gov. Greg Abbott demanded answers to what he called a "humanitarian crisis at the southern border."

Officials in south Texas also say they're observing an increase in human-smuggling operations at the U.S.-Mexico border, which they say endangers those being transported.

As the state deals with an influx in unaccompanied minors and human-smuggling operations, housing locations have been opened across Texas, including in Pecos and Dallas. Tuesday, the Pentagon said they were evaluating a request by the U.S. Department of Defense to use Lackland Air Force Base and Fort Bliss to "temporarily house" unaccompanied children.

Bexar County Judge Nelson Wolff said discussions are underway in regards to the possibility San Antonio's Freeman Coliseum could be used as an overflow site as early as next week for an undetermined number of migrants.

JUST IN: @BexarCounty Judge Nelson Wolff talks are underway for Freeman Coliseum being used as a facility to help in border crisis. #kens5eyewitness

At Tuesday's briefing, San Antonio Mayor Ron Nirenberg said the city would be prepared to provide assistance to the county, should that help be requested.

"What's happening on the border, as we've seen before, is just an incredible human tragedy," Nirenberg said. "My hope is that what happens going forward is treated with the utmost compassion and care."