As of Tuesday afternoon, more than 200 of that expected total of 500 state troopers made their way into town. Judge Saucedo said the Texas National Guard is calling. 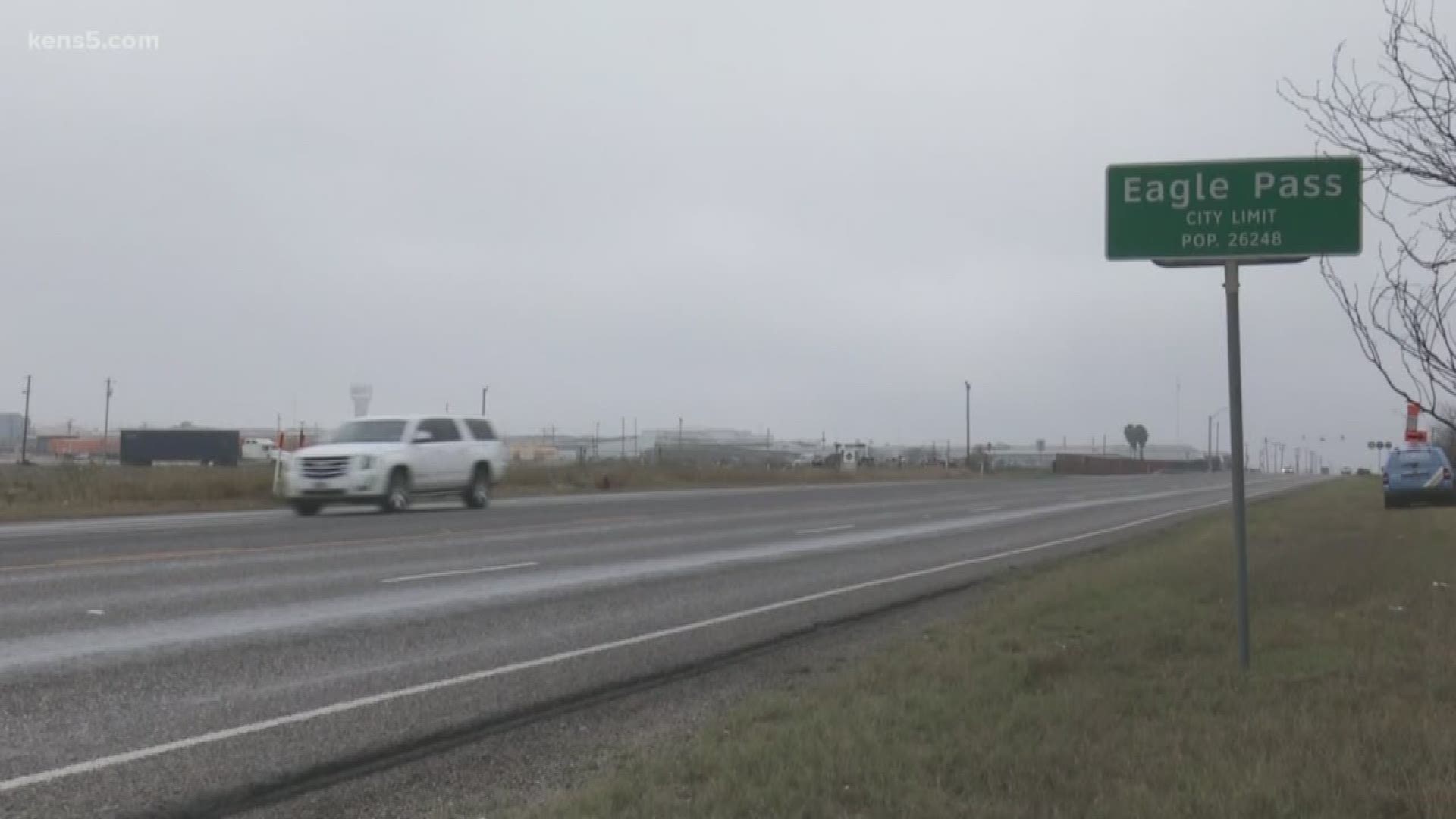 EAGLE PASS, Texas — Law enforcement continues to pour into the small town of Eagle Pass as a caravan of nearly 2,000 migrants remain just across the border in Mexico.

Eagle Pass’s population of 26,000 will see a bit of an influx for the next few days, as law enforcement continues to roll in.

"They let us know they were going to have approximately 500 Department of Public Safety state troopers," Maverick County Judge David Saucedo told KENS 5 on Wednesday.

As of Tuesday afternoon, more than 200 of that expected total of 500 state troopers made their way into town and Judge Saucedo said the Texas National Guard is calling.

"They’re asking for approximately 20 to 30 acres to send state troops down here; anywhere from 400 to 600 people may be stationed in Maverick County," he said.

The increase of law enforcement has mixed reviews. Veronica Cruz, a Spanish-speaking restaurant owner, told KENS 5 the additional law enforcement can seem alarming but she also appreciates their presence because of the caravan.

"I feel our officers are all trying to do the best they can given the circumstances," Norma McKnight, another business owner added.

She also is okay with the high police presence but gets why other people could feel uneasy. County Judge David Saucedo understands that, which is why he wants residents to know the additional law enforcement isn't there to harass them.

It’s not yet known how long these added officers will be in Eagle Pass, but regardless, county and city officials agree that no matter what you think of them here, you have to respect their presence.

"We always have to be cautious and if that’s the desire of our state government, we’re going to respect that," Saucedo added.