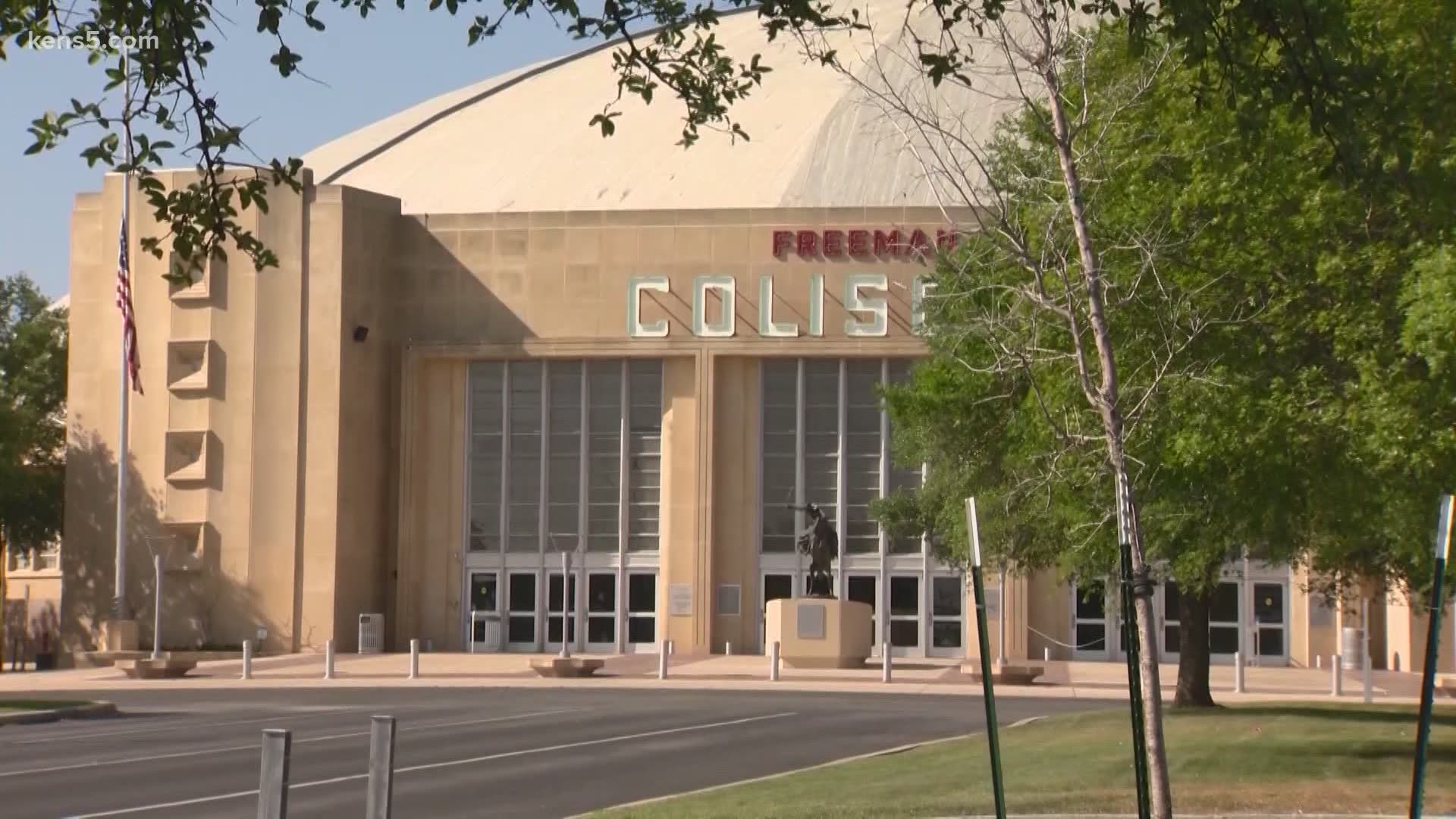 SAN ANTONIO — All eyes are on the Freeman Coliseum where more than 1,600 migrant children are being temporarily housed.

“The facility is a health and safety nightmare,” Texas Governor Greg Abbott said.

During a press conference Wednesday, Abbott called for the facility to be shut down after he says authorities were tipped off about the possible sexual assault of a child there.

In a statement the U. S. Department of Health and Human Services said in part “ORR has a zero-tolerance policy for all forms of sexual abuse, sexual harassment, and inappropriate sexual behavior at all UC care provider facilities and acts quickly to address any alleged violations of policy.”

“I don’t agree the facility should be shut down. People are really handling the children with love and care, and I feel a lot better,” Commissioner Calvert said

Calvert told KENS 5 he’s asked the inspector general to investigate any allegations of sexual assault at the facility, but he says from what he saw today, everything looks to be running smoothly.

“I actually think the governor after his tour, having both of us seeing the same thing I don’t think he’ll reach the same conclusion,” Commissioner Calvert said.

He says he’s even requested a visit from the United States First Lady to see just how well the children are being kept.

“I think that would give a lot of reassurance to folks that things are going well, but I can report things look very good,” Calvert said.