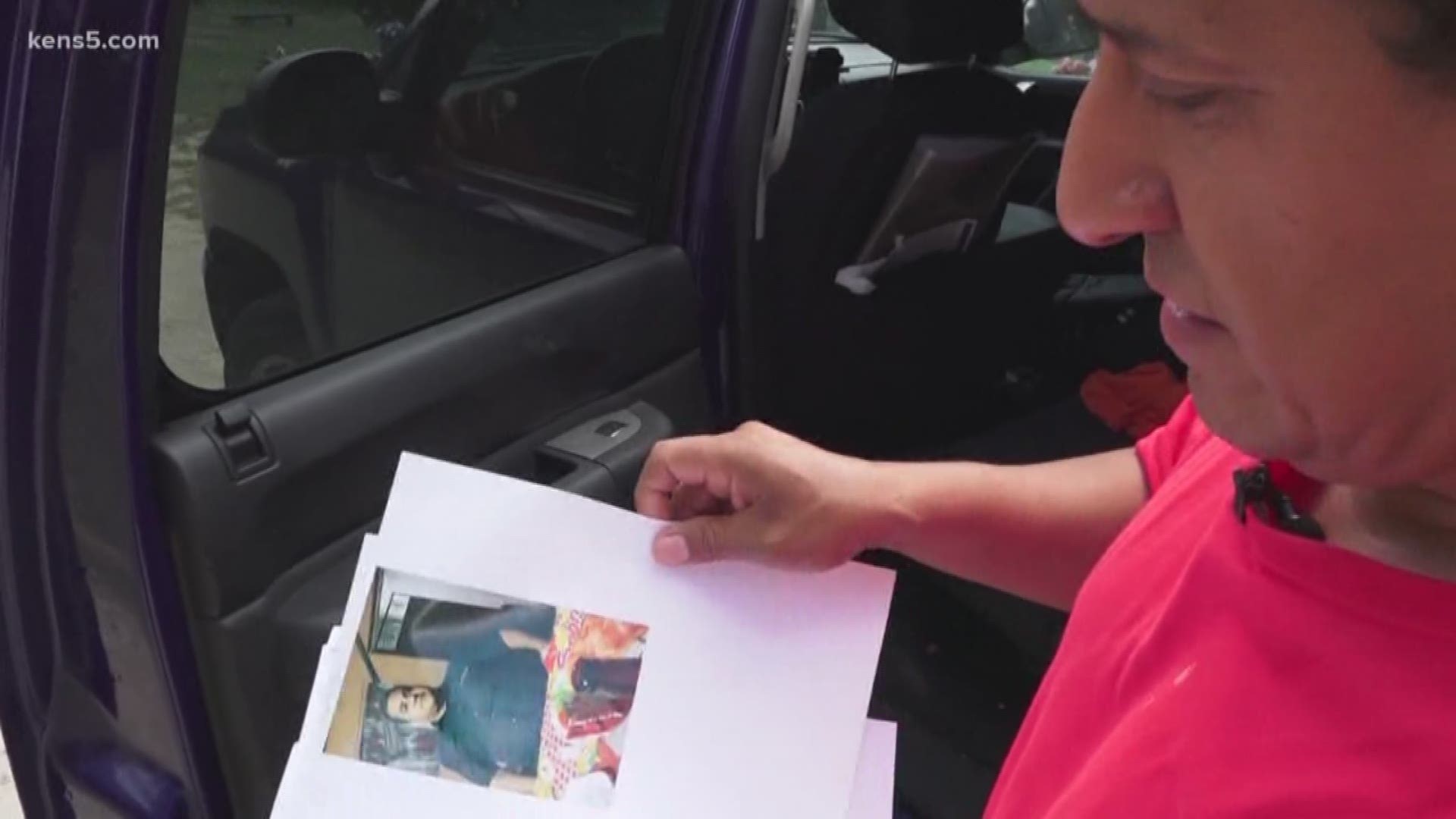 FALFURRIAS, Texas — An Illinois family is desperate to find an undocumented man who disappeared after being smuggled back into the country.

It’s been over a week since Armando Martinez last heard from his son, Samuel. A 29-year-old man who was born in Mexico but was raised in the U.S., Samuel returned to Mexico four years ago to meet his relatives before deciding to come back stateside.

Martinez showed the KENS 5 Border Team the last photographs of his son before he was smuggled across the border with a group of migrants.

Martinez and his younger 24-year-old son, Jose, drove more than 1,300 miles from Chicago to look for Samuel in Jim Hogg and Brooks counties, where they met up with Angeles Del Desierto (Angels of the Desert) Director Rafael Hernandez, who has made it his life's mission is to recover missing migrants.

Using a description of the area provided by one of the migrants who traveled with his son, Martinez hired a helicopter pilot and flew over the 215,000-acre San Antonio Viejo Ranch.

Although the description seemed to match the area, there were no signs of Samuel.

“These are mistakes young people make,” Martinez said. “Sometimes they don’t understand the gravity of the situation and the dangers undocumented people face when trying to visit relatives in their native country.”

Martinez said he carries his family’s hopes, while bearing the guilt of not being able to find his son.

Credit: KENS
Armando Martinez upset at the red tape keeping him from searching for his son

The group turned to the Jim Hogg Sheriff’s Department and to the San Antonio Viejo Ranch East Foundation for answers, but no reports of Samuel were returned and access to the property was denied.

“As soon as you jump a fence you would be trespassing,” explained Brooks County Volunteer Deputy Don White. “It’s all private ranch land.”

White oversees search and rescue efforts in the area. He said ranchers only give access to law enforcement to avoid lawsuits. The U.S. Border Patrol had reportedly already conducted a search.

“Sometimes it takes several days to get a call back, ‘Yeah, go ahead and have access.’ And then they’ll have to meet you at the gate just unlock the gate to let you in,” White said.

“He was fooled,” Martinez added. “The coyote abandoned my son and left him a half-gallon of water and told him he was just a few days away from arriving to Houston.”

Hernandez has heard it all before.

“I get at least 10 calls every day of people that are missing,” he said.

Throughout the 15 years rescuing migrants along the southwest border, Hernandez assured there’s hundreds of them who have died trying to cross the desert. His message to those considering the journey: