The reassignment of customs agents is already causing delays in daily border commerce and some fear it'll only get worse. 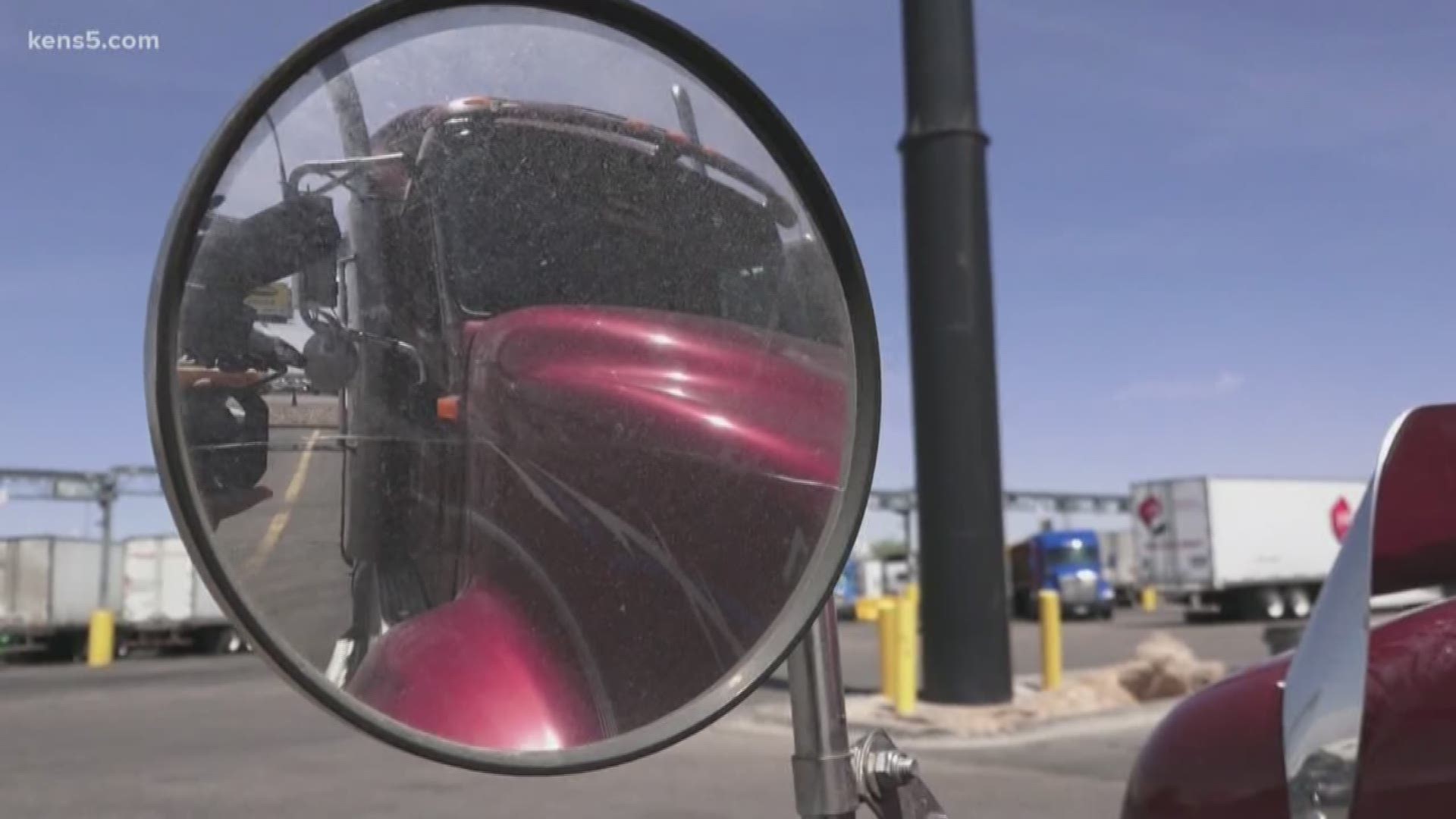 Those who would be directly affected by a closure are also weighing their options, bracing for potential economic fallout that could reach to the far corners of the country.

The recent reassignment of U.S. customs agents at ports of entry, to help U.S. Border Patrol with the influx of migrants at the border, is slowing down legal trade and travel.

Canadian commercial truck driver Mike Mathewson believes it’s a preview of what’s to come if the president follows through with his threat.

The cargo he was supposed to load onto the back of his trailer and haul 2,200 miles from El Paso, Texas to Ontario, Canada has been delayed in Mexico for two days now.

“It’s my truck, my trailer. So, if I’m not moving I don’t make any money,” he said. “Sitting here just costs money.”

Credit: KENS
Mike Mathewson waits for cargo to cross the border from Mexico

Mathewson worries closing the border will only make things worse. He can’t go back to his family empty handed, he said.

“My income provides for vehicles, the house, all the utilities… So, without my income everyone else is without.”

The economies of El Paso and its Mexican counterpart, Ciudad Juarez, are interdependent, like most cities along the US-Mexico border. What affects one side, impacts the other.

“Right now, walking is two hours, or three hours, something like that,” said border commuter Birza Mejia, referring to the pedestrian crossing wait times at the El Paso Del Norte port of entry. Birza said he used to be able to cross within 10 minutes.

Credit: KENS
Birza Mejia points to long lines to cross into the US at the El Paso Del Norte bridge in El Paso, Texas

The delays are affecting millions of legal travelers like Mejia, who commutes every day from Mexico to the U.S. for work. He and his co-workers are worried they could lose their jobs if the border shuts down. They’re considering sharing an apartment in El Paso in the event it does happen.

“What are we going to do?” Mejia asked himself. “To live in the U.S. is very expensive; to buy a house. I cannot afford it,” he said.

Mejia is a U.S. citizen that moved his family to Ciudad Juarez for economic reasons, like many El Paso natives, he explained. A border shutdown could trap him in Mexico where he says he wouldn’t earn the same money he currently makes at a restaurant across the border.

Approximately five million jobs in the U.S. are directly tied to trade with Mexico, according to the U.S. Chamber of Commerce.

Jon Barela with Borderplex Alliance, a commerce advocacy group, estimated virtually every business across the country will be impacted by closing the southern border.

“We need to take a deep breath before threats are made and understand the consequences that such closure would mean to the American economy,” he suggested.

There’s consensus among residents and business leaders in El Paso that the southwest border needs to be secured. However, many don’t believe border communities, or the millions of Americans with jobs tied to Mexico, should be used as collateral.