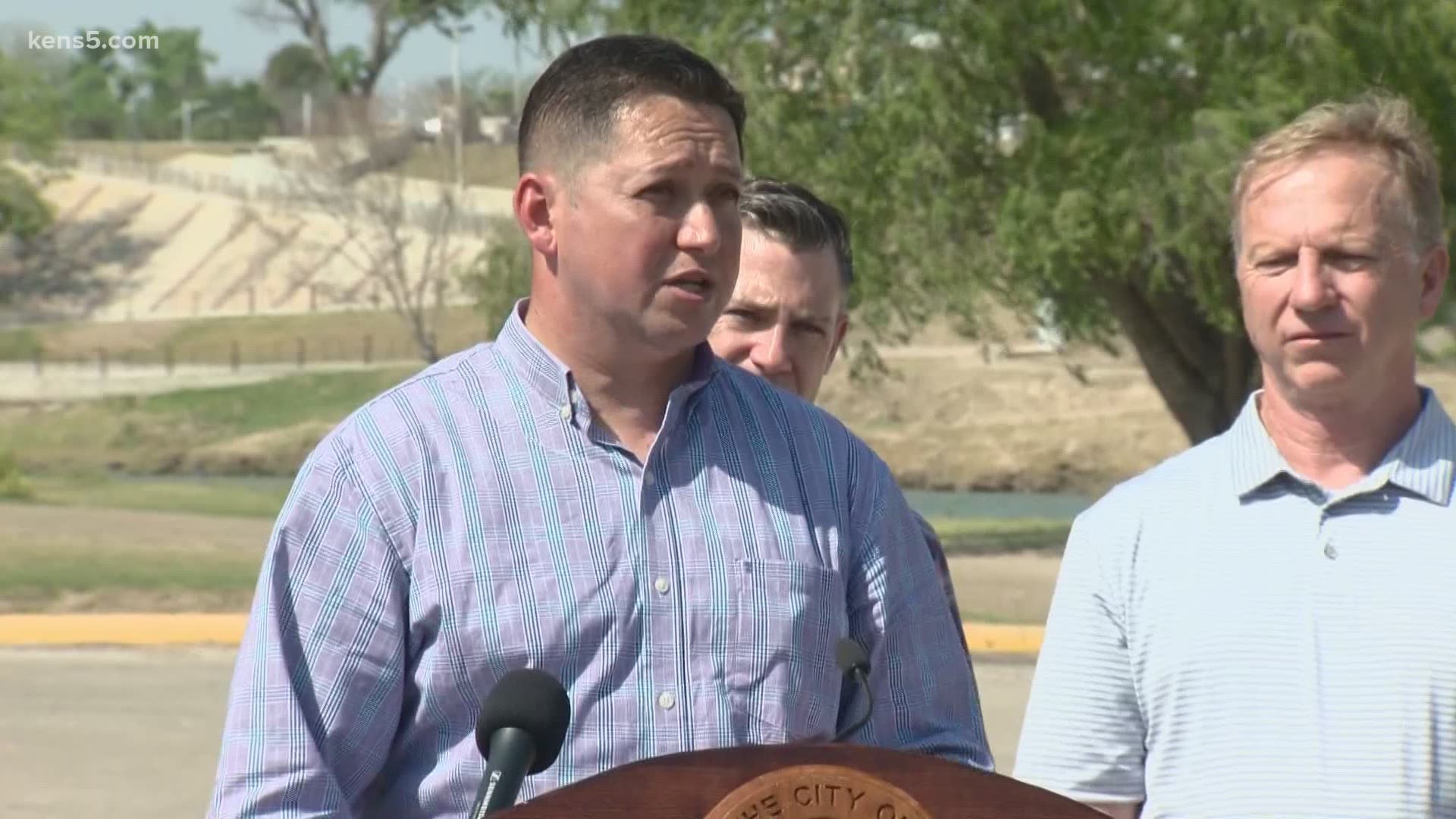 In tour led by District 23 Congressman Tony Gonzales, the group participated in a round table discussion with local law enforcement.

It was their chance to learn more about the surge of migrants along the border.

The roundtable discussion was held just steps away from the Rio Grande in Eagle Pass, and one of the places in Maverick County officials say they’re seeing the most activity of migrants crossing the border into the United States.

Around the table sat a cohort of border county sheriff’s who all had the same message for the GOP lawmakers: the cartels are outrunning local law enforcement and they need help, now.

From human smuggling to chases to break-ins, just a few of the concerns border county sheriffs say have their departments overwhelmed.

Salinas said in just one month they saw 69 chases and bailouts in Zavala County, and that number doesn’t include the chases initiated by Border Patrol or DPS.

Salinas said local law enforcement is losing the game against cartels and criminal organizations who have more money and better technology.

“The criminal element has increased so much because they’re becoming more violent,” said Salinas.

Salinas said early Thursday morning a suspected human smuggler was trying to evade authorities, and rammed his vehicle into a patrol unit.

Gonzales invited a delegation of eight GOP lawmakers who are all members of Republican Study Committee. Joining Gonzales on the tour was Indiana Congressman Jim Banks among others.

The visit included a tour of the new soft-sided processing facility in Eagle Pass and the discussion with local law enforcement and officials, including Maverick County Judge David Saucedo.

The GOP delegation was able to hear first-hand how the situation at the border is impacting rural border communities.

“There’s a lot of valuable time and resources that are being spent on these issue versus on our citizens. We deserve to treat our citizens, our taxpayers a whole lot better,” Uvalde County Sheriff Rueben Nolasco told the delegation.

Kinney County Sheriff Brad Coe said the smugglers are becoming more brazen than ever, and even more violent.

Coe said they’ve arrested over a dozen smugglers who had weapons.

The sheriffs all said their residents are crying out for help.

“Some of them are scared to go on their property,” said Salinas.  “I live out in the country and we lock our house to go the mailbox.”

With thousands of square miles to cover in each county with a small force, officials asked the lawmakers for help as resources are already stretched thin.

The delegation said they are planning to return to D.C. and work on finding solutions.

“Look it’s on us to do our homework and to find policy solutions, find resources,” said Gonzales.

“I don’t want to get that call at two, three o’clock in the morning saying your officers been shot, your officer’s been killed,” said Nolasco.