South Texas charities are sounding the alarm and calling for help to accommodate the overflow of migrants. 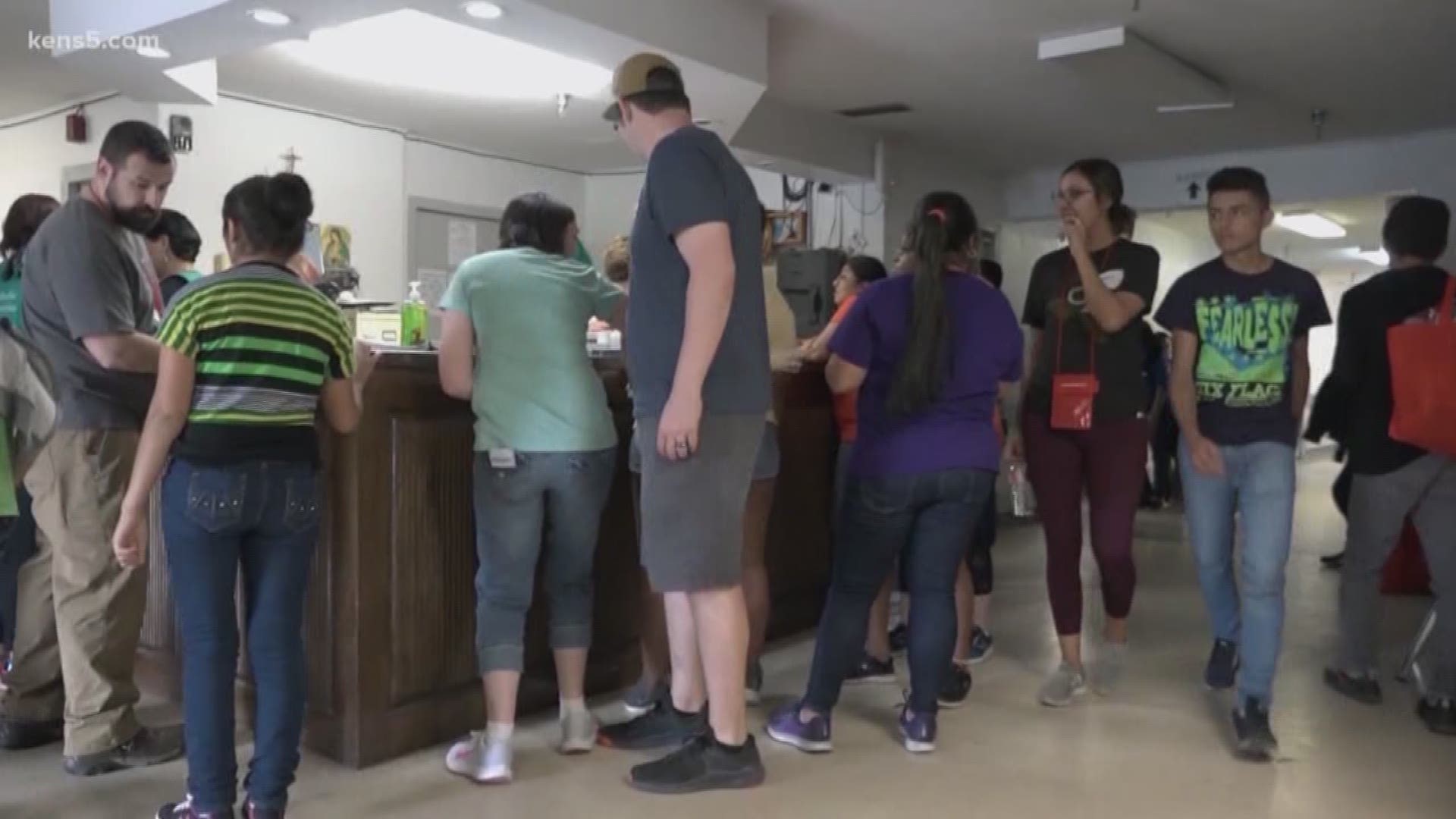 MCALLEN, Texas — Border security officials and charitable organizations are overwhelmed this week as a record number of asylum-seeking families continue to cross the border.

U.S. Border Patrol officials said they are being forced to release hundreds of migrants into the South Texas community of McAllen, resulting in the first time undocumented families have been sheltered at the Salvation Army here.

“Catholic Charities is now overrun, and they cannot handle the capacity of the amount of refugees that are coming in,” said Stephen Correira, captain of Salvation Army Hidalgo County.

Catholic Charities of the Rio Grande Valley have received up to a thousand families each day this week, the most since opening their respite center in 2014 when the exodus of Central American migrants began.

The overflow has led McAllen authorities to search for other places to shelter migrants, causing a higher demand for bus tickets at the central station.

The 25-year-old Honduran father said he and his 4-year-old daughter, Kimberly, spent seven days in Border Patrol custody—twice the period of Customs and Border Protection standards. After their release, they waited four more days at a shelter for a bus to Pennsylvania, where they hope to be reunited with his wife and son.

“It hurts. One suffers a lot,” Zarqueta said of the poor conditions at the detention center and lack of resources at the shelter.

He was embarrassed to admit he and his daughter had not showered in 11 days. On Friday they were both also suffering from a cold.

“This is truly an emergency,” said Department of Homeland Security Secretary Kirstjen Nielsen. “Our system is breaking. The flow is different; the flow is increasing.”

Nielsen pointed to a lack of detention space as the reason for the recent jump in family releases during Thursday’s visit to the McAllen Border Patrol station.

A record 136,000 families have crossed the border since October, according to CBP data.

“There are too many folks coming in and Congress needs to change the laws,” Nielsen said.

He said he suspects the Donald Trump administration is looking to justify the president’s national emergency declaration made in February by creating a crisis.

“If you start forecasting that you’re going to be overcapacity, you start reaching out for help way ahead of time. Not make a 24-hour or 48-hour announcement that thousands of migrants are going to be released into a small community like McAllen,” he said.

While some argue that it's policy, others complain it’s the law. In the meantime, those working on the ground plead for help.

The Salvation Army and Catholic Charities are seeking monetary donations to attend to the overflow of migrant families.