“CBP has a 17-billion-dollar budget. There's ample resources to ensure that that migrants and in U.S. custody are never subjected to these type of conditions." 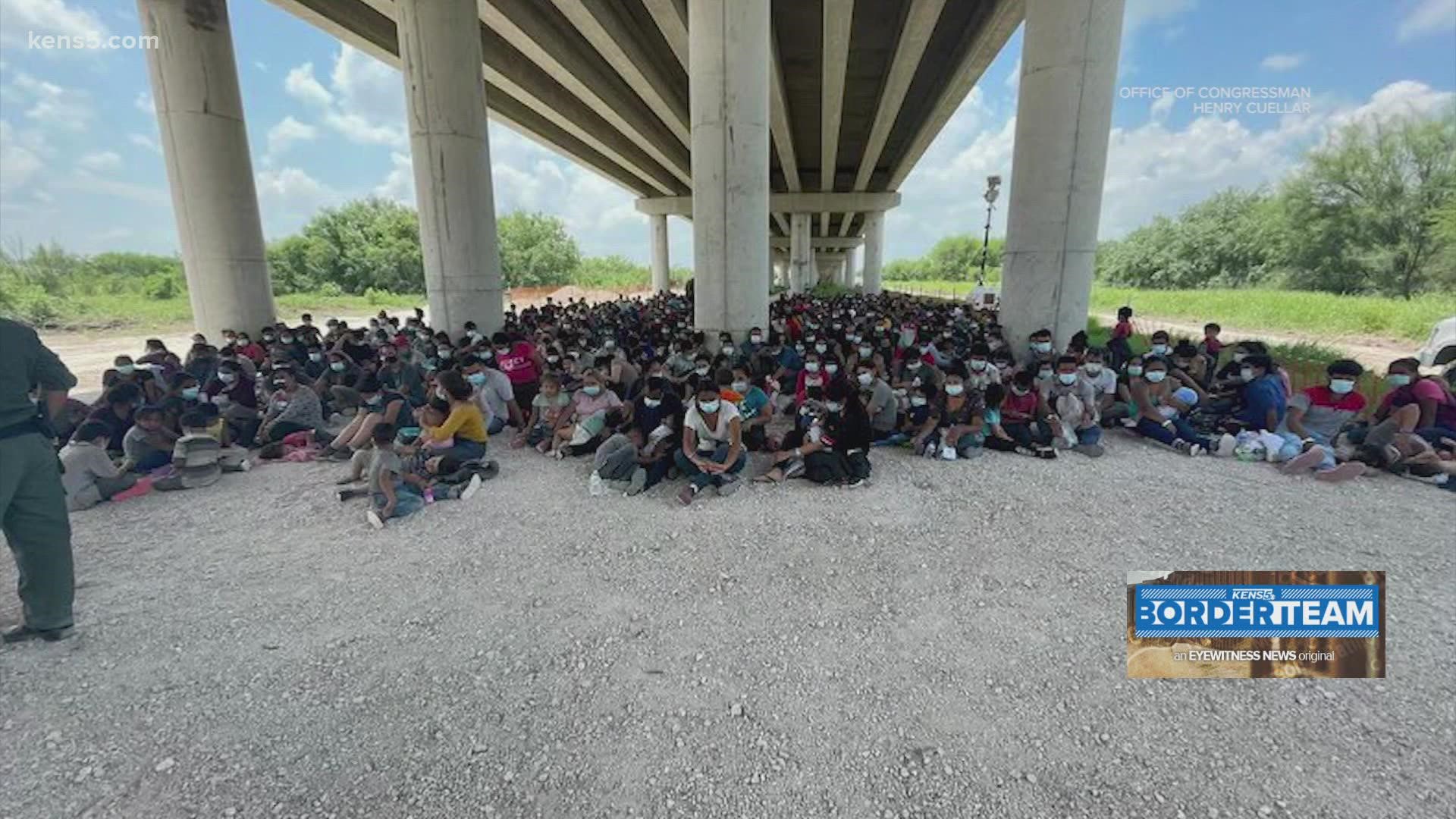 MISSION, Texas — Underneath an international bridge that leads from Mission, Texas to Reynosa, Mexico, is a site U.S. Border Patrol wouldn’t let KENS 5 visit or film. Drone video recently captured what looked like a sea of people under Anzalduas Bridge, it’s a “Temporary Outdoor Processing Site” (TOPS) where, in the dirt, equipped with plastic tables and portable toilets, Border Patrol is processing migrants.

The American Civil Liberties Union is calling on the Biden Administration to close this site.

“We've documented at this particular site: children sleeping outdoors in the dirt for multiple days without adequate access to medical care, without adequate access to food and water, even at times,” Shaw Drake, a staff attorney for ACLU told KENS 5. “Border Patrol claims that the facility is an initial processing site and that families are only held there for a few hours for initial processing. But our interviews indicate that families are spending upwards of three or four days and nights at the held at that facility.”

“Migrants at TOPS are provided with food to include three hot meals per day,” said CBP spokesperson in a statement to KENS5 on August 25, “unlimited supply of snacks, water, juice, and rehydration drinks. Migrants have access to medical care in the form of on-site contracted medical personnel and Border Patrol Emergency Medical Technicians.”

A CBP spokesperson also told KENS5 the facility under the bridge was constructed to mitigate a high number of migrants apprehended in the Rio Grande Valley.

“[It] serves as a short-term, open-air intake and processing area that enables CBP to intake, screen, and process certain migrant populations, all while minimizing employee and migrant exposure to COVID-19 to the greatest extent possible. TOPS currently focuses on expeditiously processing those apprehended as family units in RGV Sector,” a CBP spokesperson told KENS5.

Drake told KENS 5 an ALCU attorney was allowed to see the site this summer but was not allowed to speak to anyone there. Drake was able to speak to people just released from the facility.

Border Patrol has been open about being overwhelmed with the number of migrants crossing into the United States. In July, reporting the busiest month in 21 years, with 212,672 encounters along the Southwest Border, some migrants crossing more than once.

“Even if the numbers were historic in a particular sector or unexpected for some reason, then the response simply has to be better than this,” Drake said.

“We don't have the facilities, there's too many people coming in,” Congressman Henry Cuellar, a Democrat from Laredo told KENS5.

Cuellar has visited the facility and has posted pictures from underneath the bridge in recent months.

“I've seen it myself,” Cuellar said. “It's an open space. They get treatment, they get food, they get treated as best as they can under this bridge.”

“I understand those advocates,” Cuellar added. “I understand what they're saying. But the reality is we don't have the infrastructure because that's not the way Border Patrol is supposed to be set up. What do we do with the overflow? We have to process them. We have to make sure that there are no criminals in there, and there are criminals in there, a lot of good people, but there are criminals. We're not going to just put them out on the streets.”

“CBP has a 17-billion-dollar budget,” Drake said. “There's ample resources to ensure that migrants and in U.S. custody are never subjected to these type of conditions.”