Officials say more agents are being pulled from the field to process the surge in migrants, leaving fewer agents on the front lines. 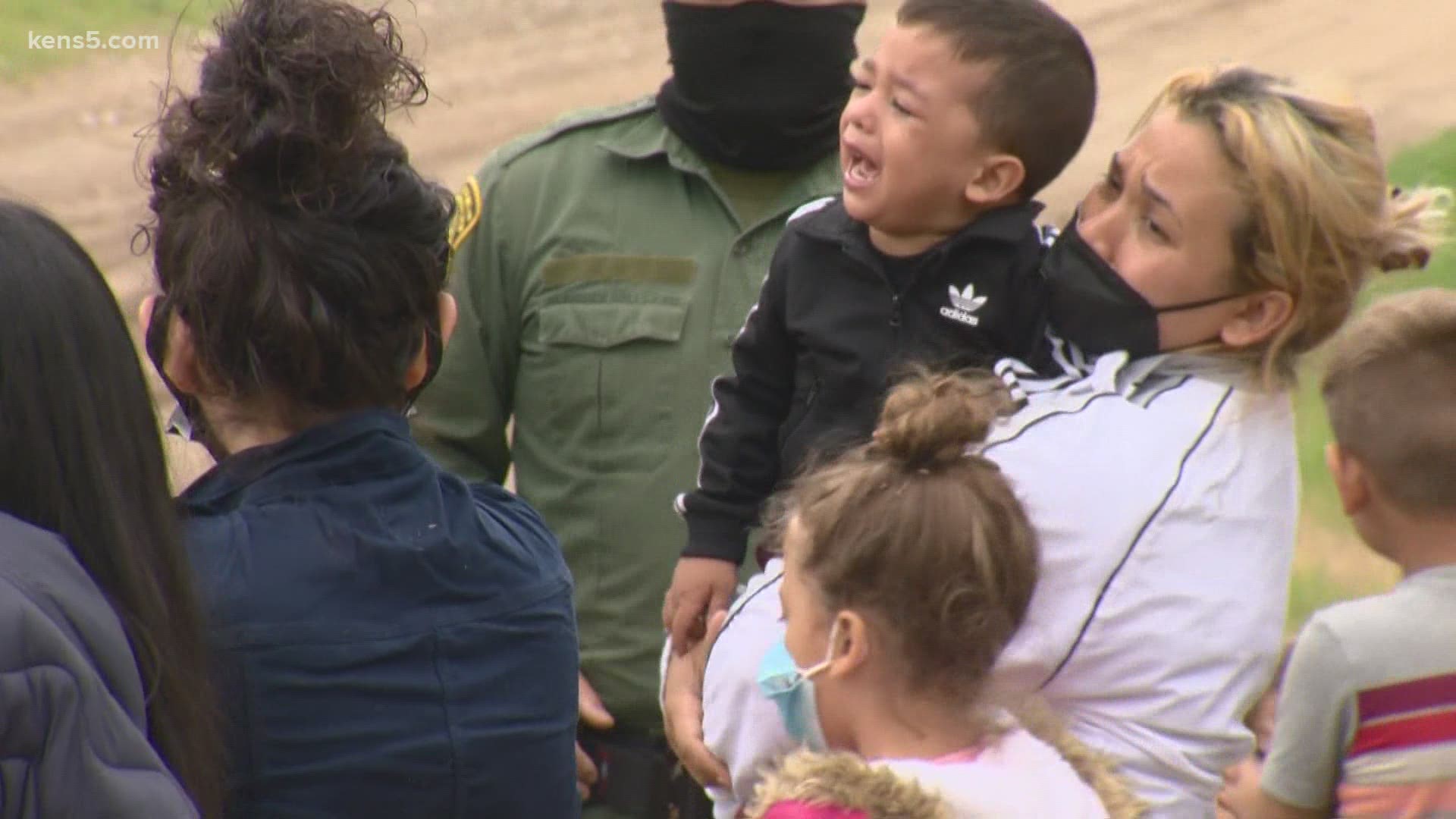 DEL RIO, Texas — The crisis at the border continues as the surge in migrants is overwhelming federal agents and local law enforcement.

Border Patrol officials said many of the migrants are seeking out authorities in hopes of seeking asylum, but there are many others who don’t want to get caught.

And, officials believe the cartels are behind their every move.

“We've got so much traffic coming across that we don't have enough people to respond to all of it,” said Austin Skero, Border Patrol Chief Patrol Agent of the Del Rio Sector.

Border Patrol officials took our KENS team to a restricted area inside the border fence in Del Rio.

It’s a place only officials can access, and the place they’re seeing incredibly high numbers of migrants crossing into the United States.

In the first 15 minutes, we were there, we saw Border Patrol apprehend three groups.

“The Rio Grande Valley is very busy, but you pick any five days out of the week and we're the second busiest location on the southern border right here in Del Rio,” said Skero.

Earlier that morning, Skero said he didn’t even make it into headquarters, he had been on the front lines all morning with his agents.

“It's extremely busy here and we don't have the manpower to deal with it,” said Skero.

He said they had already seen a group of 89 migrants cross at one time that morning, and while they were waiting on transport to arrive, another group of over 30 crossed the river near that same spot.

Border Patrol officials shared a video with KENS, surveillance video capturing the moment a woman tried to cross a dam, lost her footing, and tumbling into the water.

“The smugglers are pushing them through this area because they know that we're going to be here, and so that occupies us handling this humanitarian piece,” said Skero.  “And meanwhile, all of the other traffic that we can't respond to, the smuggling cases, the narcotics, the criminal element, that's all happening somewhere else.”

Skero said the number of family units apprehended is up over 150 percent this year.

Single adult apprehensions are up 400 percent.

“They're the ones that want to get away,” said Skero.  “The groups in the trains, that's where we're finding a lot of our criminal aliens, the groups in the in the smuggling vehicles.”

And, those are just the migrants who are caught.  Skero said at least 29,000 have gotten away.

“We have no way of knowing who these people were, or what their intentions were,” said Skero.

And, those are just the ones they know about.

Skero said with more agents pulled from the field to process families and children, there’s less protecting the front lines.