Congressman Henry Cuellar said some migrants are being released to San Antonio, though city leaders and charities say they haven’t seen a noticeable increase. 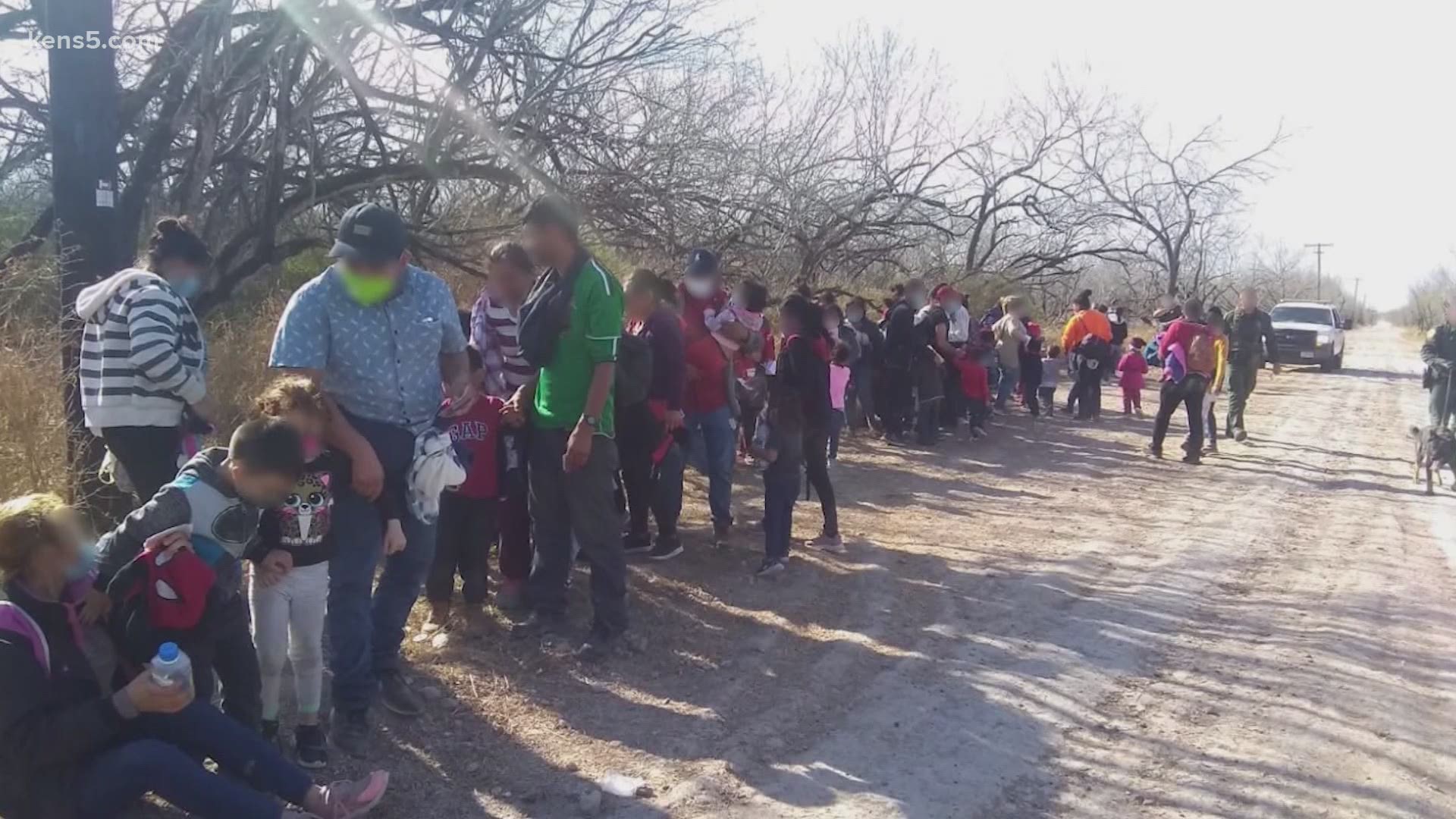 SAN ANTONIO — State leaders from opposite sides of the political aisle on Friday visited parts of the Texas-Mexico border as U.S. Customs and Border Protections reports a rise in border apprehensions.

Republican Sen. John Cornyn and Democratic Congressman Henry Cuellar, who both represent parts of the San Antonio area, held a bipartisan town hall in Laredo where they fielded questions from members of the community on the federal and state response to immigration.

"Everybody we've heard from today said that this is just the beginning and things are going to get much, much worse unless we step up and do something about it,” Cornyn said of immigration, before conditioning that the issue was one of deep complexity.

Federal data shows that the southwestern border has seen a rise in immigration over the last three months, reporting approximately 74,000 apprehensions in December, 78,000 in January and 100,000 last month. In the Rio Grande sector, border apprehensions rose from 17,000 in January to nearly 28,000 in February.

"As Congressman Cuellar and I have talked—sometimes people talk about the push factors, that is the violence, the lack of economic opportunity and the like and countries to our south,” Cornyn said. "But it's also about pull factors, and that is: What are the immigration laws in the United States? How are they enforced? How do they make sure that, if people want to come to America, that they come through legal channels and not just rush the border?"

Earlier this week, Cuellar said in an interview that San Antonio was feeling the impacts of the influx of migrants. However, city officials and local charities said the city had not noticed any remarkable increase and pointed out that the city has long been a hub for travel due to its proximity to the border.

Cuellar on Friday clarified his remarks, saying that individuals who are released from either the detention facility in Karnes or Dilley with orders to appear at a later date are given two destinations from where they can depart via bus: San Antonio or Austin. However, he didn't provide specific numbers on just how many individuals were coming to San Antonio.

While the pair of local leaders were in Laredo, Gov. Greg Abbott announced the Department of Homeland Security would host mass vaccination clinics for Texas-based U.S. Customs and Border Protection agents starting next week. The announcement came after Cuellar, Cornyn, Congressman Tony Gonzales of Texas and Sen. Kyrsten Sinema of Arizona partnered to call on DHS to promptly vaccinate border patrol agents.

DHS on Friday elaborated that the effort was part of an existing program.

“There is no higher priority than the health and safety of our workforce,” a spokesperson for DHS said Friday. "On January 25, DHS established Operation Vaccinate Our Workforce (Operation VOW) to accelerate the distribution of COVID-19 vaccines to our personnel.  Currently over 65,000 frontline DHS employees, including members of the U.S. Border Patrol, have received a vaccination.”