In June, DHS said non-essential travel at land and ferry crossings with Canada and Mexico were closed through July 21. 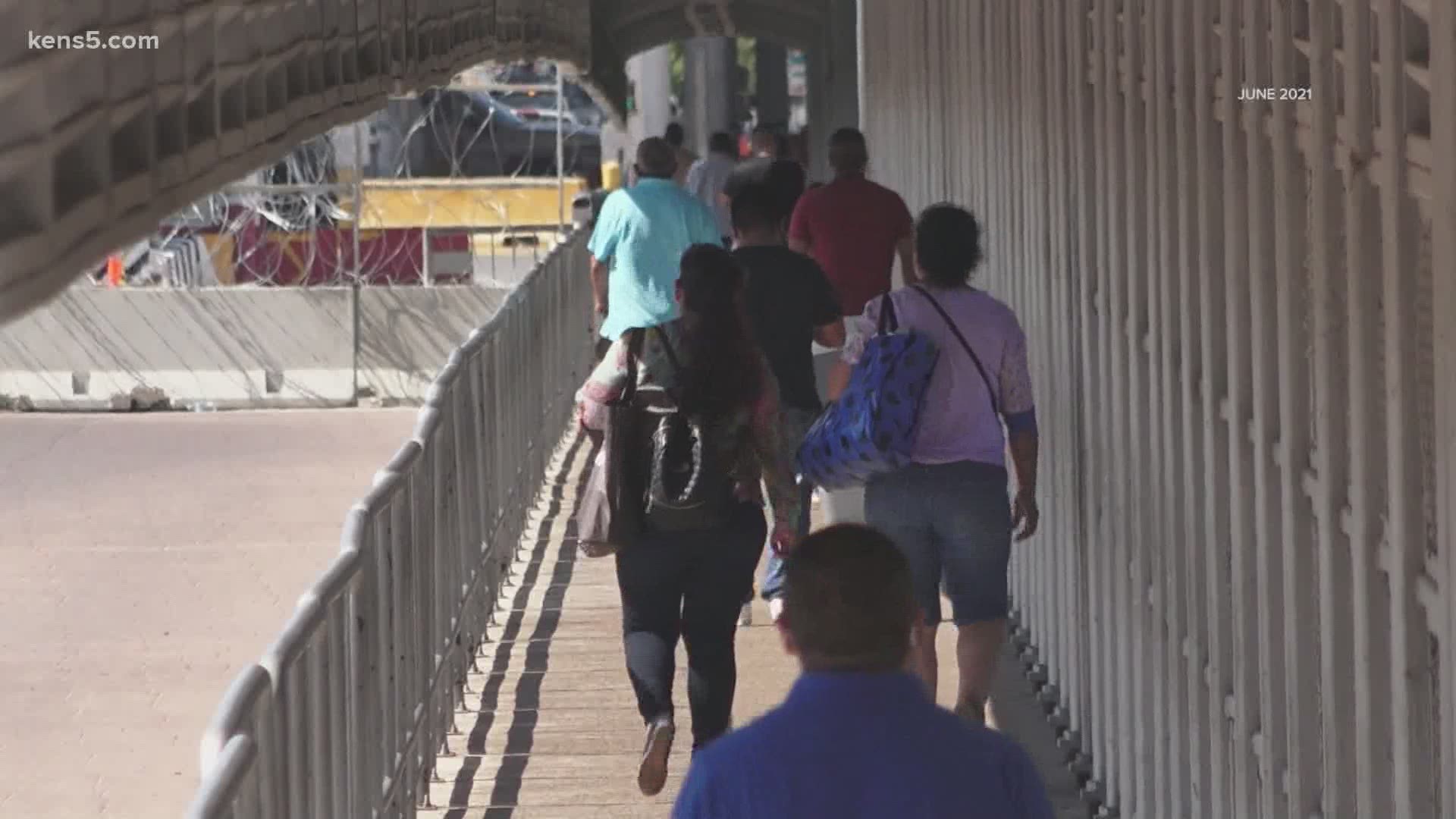 BROWNSVILLE, Texas — While people can still fly back and forth, the land and ferry crossings between the U.S. and Mexico have been closed for non-essential travel since the start of the pandemic.

According to the Department of Homeland Security announcement today, the crossings remain closed.

Congressman Henry Cuellar, (D-TX) from Laredo said he expected this to happen when he spoke to KENS 5 earlier this month.

“Something tells me the deadline is going to move again,” Cuellar told KENS 5. “Why is it that? For example, a Mexican can fly into San Antonio, but he cannot drive or she cannot drive through the port of entry land port in Laredo.”

Downtown Laredo has been visibly affected by pandemic-era bridge closures, with many businesses closed and “for rent” signs hanging on many buildings.

Cuellar has been a longtime advocate for border crossings re-opening.

Harlingen resident Ester Zúñiga was shopping in downtown Brownsville this week, looking for masks. She told KENS 5 she knew people who were barely surviving as a result of the land border closures.

“I know people that have stores open here and they’re closed now and sometimes they call me and say that they don’t have enough for food or to pay the rent,” she said. “There’s people that went back to Mexico because there’s no jobs for them.”

Zúñiga said the closures affect her personally. Her mom lives in Matamoros, has a visa and is not able to come see her disabled grandson.

“The bridge is closed, but I really don’t understand why they let us cross to Mexican cities like Matamoros, but they don’t let them cross over here when, in reality, the economy depends a lot on the people that live in Matamoros, Reynosa and their surroundings," she said.

“Our border economy depends quite heavily on these Mexican travelers coming to visit their family, coming to spend money at some of our stores,” he said. “We know we lost some money as far as how much we've lost. It's really difficult to put a number on that.”

DHS wouldn’t tell KENS 5 what, if anything, it was planning to do beyond July 21, suggesting in an email statement that circumstances may have improved enough to the point of reopening. But a final decision remains to be seen.

“To reduce the spread of COVID-19, the United States extended restrictions on non-essential travel at our land and ferry crossings with Canada and Mexico through July 21, while ensuring access for essential trade & travel," the statement reads. "DHS also notes positive developments in recent weeks and is participating with other U.S. agencies in the White House’s expert working groups with Canada and Mexico to identify the conditions under which restrictions may be eased safely and sustainably.”

The Department of Homeland Security U.S. Customs and Border Protection released a "Notification of Temporary Travel Restrictions Applicable to Land Ports of Entry and Ferries Service Between the United States and Mexico" document this week.

This document announces the decision to continue to temporarily limit the travel of individuals from Mexico into the United States at land ports of entry along the United States-Mexico border.

Such travel will be limited to “essential travel." These restrictions go into effect at 11 p.m. Wednesday and will remain in effect until 10:59 p.m. on August 21, 2021, unless amended or rescinded before then.

"Given the outbreak and continued transmission and spread of COVID-19 within the United States and globally, the Secretary has determined that the risk of continued transmission and spread of the virus associated with COVID-19 between the United States and Mexico poses an ongoing “specific threat to human life or national interests,'” the document says.

"Essential travel" has been defined as:

The following travel does not fall within the definition of “essential travel":

This week, Canada announced it would welcome back vaccinated U.S. citizens starting August 9.