Border Patrol agents are being moved to processing, leaving local law enforcement to help take up the slack on the frontlines. 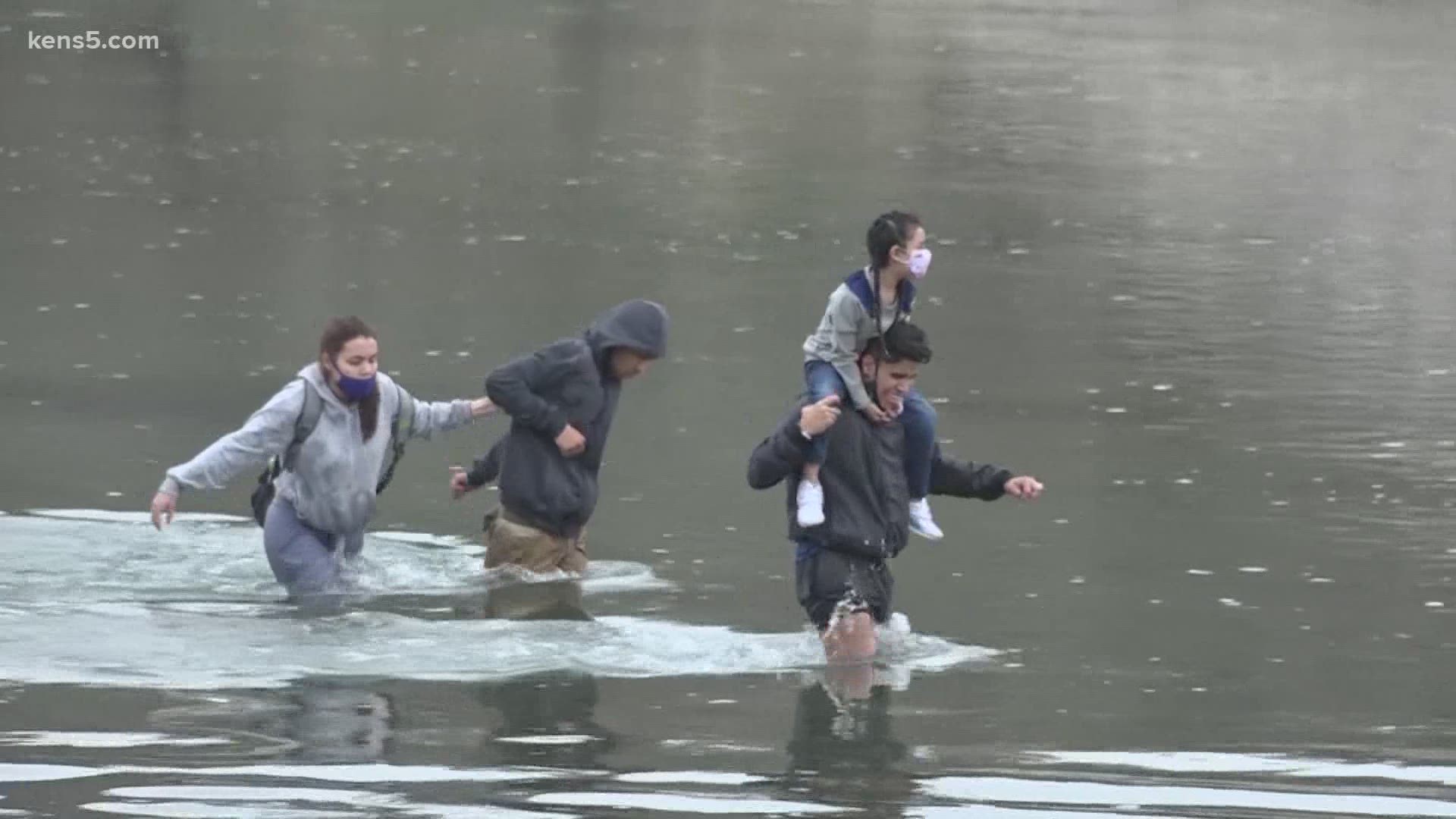 DEL RIO, Texas — This week, the Biden Administration ordered FEMA to help with the surge of unaccompanied children along the Southwest Border while local communities -- from law enforcement to non-profits -- are struggling to keep up with the surge.

Officials with Border Patrol in the Del Rio Sector said agents are apprehending over 600 migrants a day. On Wednesday, Troy Miller, Acting Commissioner of U.S. Customs and Border Protection said in a media teleconference that the border is still closed.

“First of all, let’s be clear: the border is not open,” said Miller.  “We are building an orderly immigration system and doing so in a way that protects public health during the global COVID pandemic.”

That same day, KENS 5 encountered a family crossing the Rio Grande into the United States, just outside of Del Rio. The family told us they were from Venezuela and were hoping to connect with family members in the states.

“The Del Rio sector is one of the most hit sectors for a lot of different reasons, and they are bursting at the seams,” said U.S. Congressman Tony Gonzales, who represents Texas’ District 23 that stretches over 800 miles of the Texas border with Mexico.

“You have all these small communities that are doing everything they can to stay afloat during this environment,” he said.

“These communities along the border, in particular, are compassionate communities. Immigration is not a new topic to them, but the numbers that are coming across are record numbers,” said Gonzales.  “Our Border Patrol agents are stretched thin, they need resources today.”

Gonzales confirmed that many agents are being pulled from the field to help process the large number of migrants, leaving local authorities to pick up the slack on the frontlines.

“We’ve been involved in over 275 apprehensions (in March) that we’ve turned over to Border Patrol to assist them with doing their job,” said Joe Frank Martinez, Val Verde County Sheriff. Martinez said he applauds the work of federal agents who he said are doing their best to keep up with the surge with little manpower on the frontlines. But, he said his deputies are overwhelmed.

“We’re having trouble responding to our own local citizen calls,” said Martinez.  “So, that’s taking away from our ability to patrol the streets.”

Both Martinez and Gonzales are calling on the Biden Administration to take action.

“Somebody is going to have to start realizing, ‘Hey, we need to take a step back and look at the bigger picture,’ because it’s endangering our community, our citizens,” said Martinez.  “These local communities are feeling the weight of the decision made in D.C.”

Gonzales said it’s only going to get worse.

“Our Southern border is on fire, and sadly I think it’s going to get worse before it gets better,” said Gonzales. “It’s so important, that one, the Biden Administration acknowledge this is a crisis and devote the resources necessary in order to alleviate some of the stress.”