After release by US immigration authorities, migrants face many hurdles while traveling to their destination 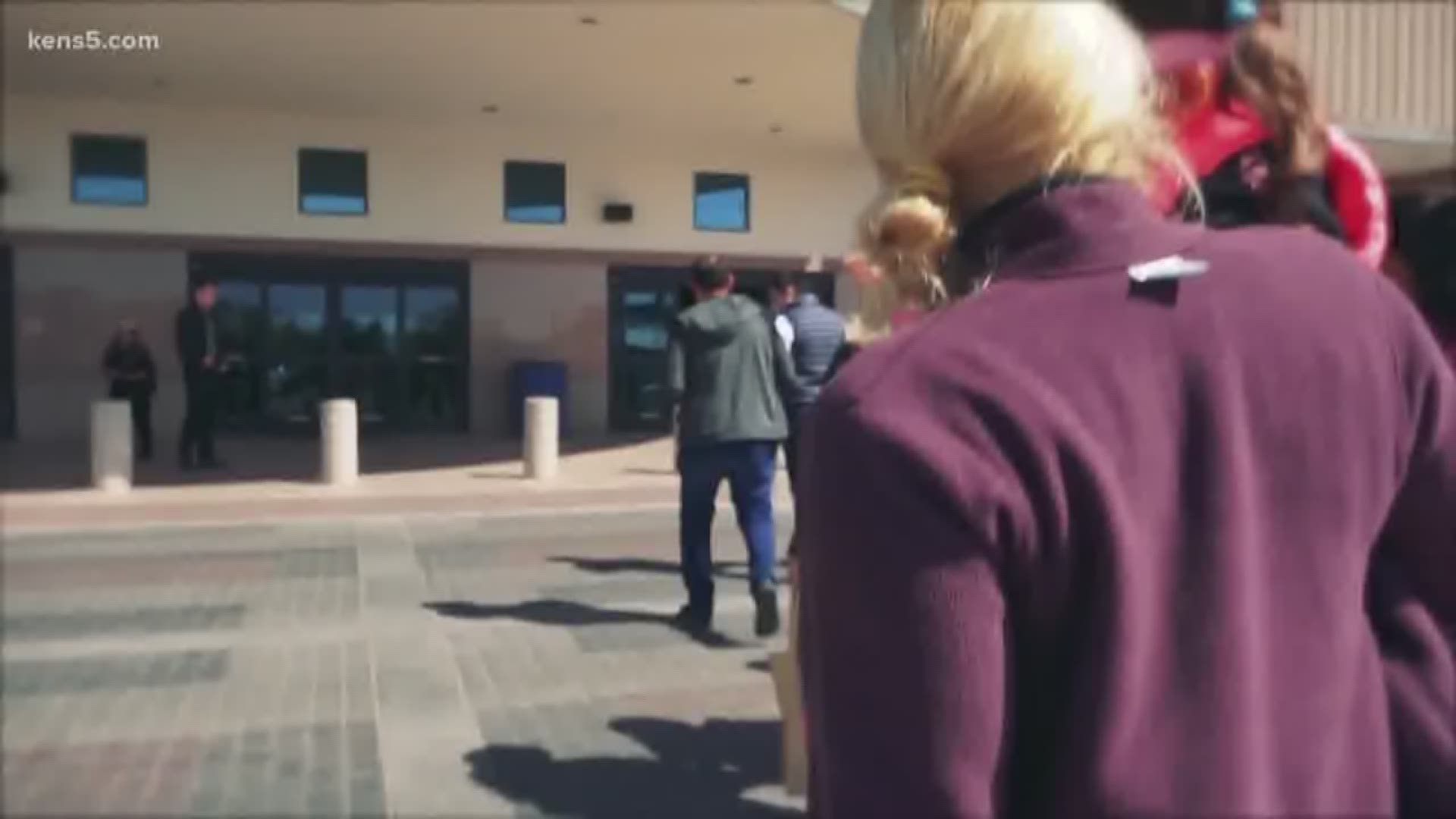 WESLACO, Texas — After migrant families are released by immigration authorities, what happens next?

The moments between then and when they arrive to their destination are key in ensuring they meet up with loved ones and show up to their immigration hearings.

The KENS 5 Border Team documented the obstacles migrants face as they travel from the border, stopping at major hubs along the way.

'Show them that you're happy to be here'

Cabrera dropped off a group of migrant mothers and their children with tickets to fly across the country at the El Paso International Airport.

“They’re going to look at them different. I just tell them, you know, ‘Smile, don’t be afraid. Show them that you’re happy to be here,’” he said.

The Caminos de Vida church, along with other nonprofits along the border, are helping coordinate travel arrangements for migrants after they’ve been released from Immigration and Customs Enforcement detention.

“These are some manila folders that we make for them for all their documents and we put on there: ‘I don’t speak English, Spanish only. I need help,’” Cabrera said.

Each parent is issued a notice to appear at a future immigration court hearing where they can petition for asylum. The hearing is at their destination city.

“Many have never flown,” Cabrera noted. “We’ve had some that don’t even speak Spanish; they speak a dialect, a (native) dialect, so those are very difficult ones.”

Credit: KENS
Migrants hold manila folders with a message in English asking for assistance while traveling

With little to no money or belongings – not even a cellphone – all that the families have to navigate the transportation system are those manila folders.

“When they go they hold that up and someone in the airport will help them out and will direct them,” said Cabrera, who admitted there is no guaranteed help waiting for them.

At the opposite end of the south Texas border, a group of nine immigrants boarded a plane to Dallas.

“The father and son that I was helping were going to La Guardia, New York. And their flight was in an hour and 15 minutes, and they had no idea how to read any of the boards or anyone that had asked for help,” he said.

DFW airport crew – none of whom knew Spanish – eventually escorted the group of migrants to their gate.

Credit: Oscar Margain
Central American mothers carry their children on their laps as they are escorted to their gates at DFW airport

Salvadorian Deysi Cabrera and her son, Anthony, waited at their gate before their flight to New York.

They had never flown before.

“Fear is what one feels because you think you’re going to get lost in places you’ve never been to. One does not leave to places that are unknown,” Deysi admitted.

At the same terminal, Salvadorian Olvin Nunez and his teenage daughter worried they wouldn’t get to their gate.

“Had there been no one to guide us, we could’ve easily lost it all,” he said. “It’s not easy to get to this point."

This issue is not only at airports, but bus terminals as well.

Last year the KENS 5 Border Team traveled with a group of migrants by bus from the Rio Grande Valley to Houston, where there was an immediate need for interpreters, food, and phone calls.

Similar situations are happening in San Antonio, as well as in Dallas.

Gonzales became aware of the need for help when working in McAllen for LULAC. She is asking for Greyhound for added help.

“If, for some reason, one of their buses breaks down or there’s people trying to make their connecting bus, they would notify us so that we can find a place to put them for the night,” said Gonzales.

Greyhound said in a statement: “Working with the city to create a standard procedure for approving volunteers on an as needed basis should the need arise in our Dallas terminal.” They said to have bilingual team members who can assist.

We also asked some of the major airlines and airports in the southwest if they had any protocols in place to ensure this vulnerable population would make it to their connecting flights. American Airlines was the only airline to respond, saying they have no specific programs to assist undocumented migrants.

The only safety net migrants have to rely on when traveling – sometimes hundreds of miles – are charitable organizations and a few local governments who have stepped up to this ongoing challenge.

“This is a humanitarian crisis,” Gonzales said. “I couldn’t look myself in the eyes 10 years from now, 15 years from now, knowing that I did nothing when thousands of people were arriving at my borders because of problems going on across the world.”

The help of volunteers has ensured that some like Deysi and Nunez make it to their loved ones.

Credit: Oscar Margain
Anthony and Deysi Cabrera look for their assigned seats on flight from McAllen to Dallas

“If it weren’t for the help, we wouldn’t have gotten here so easily,” Nunez said.

Not everyone is as lucky. For undocumented migrants, navigating the U.S. transportation system can be as foreign as the land they came to seek refuge in.

Fortunately for Deysi, there’s always been someone there to help.

“There’s always good people along the way,” she said.