A group of volunteers has been working to support the surge of migrants, but county officials say the funding isn't there to continue long-term efforts. 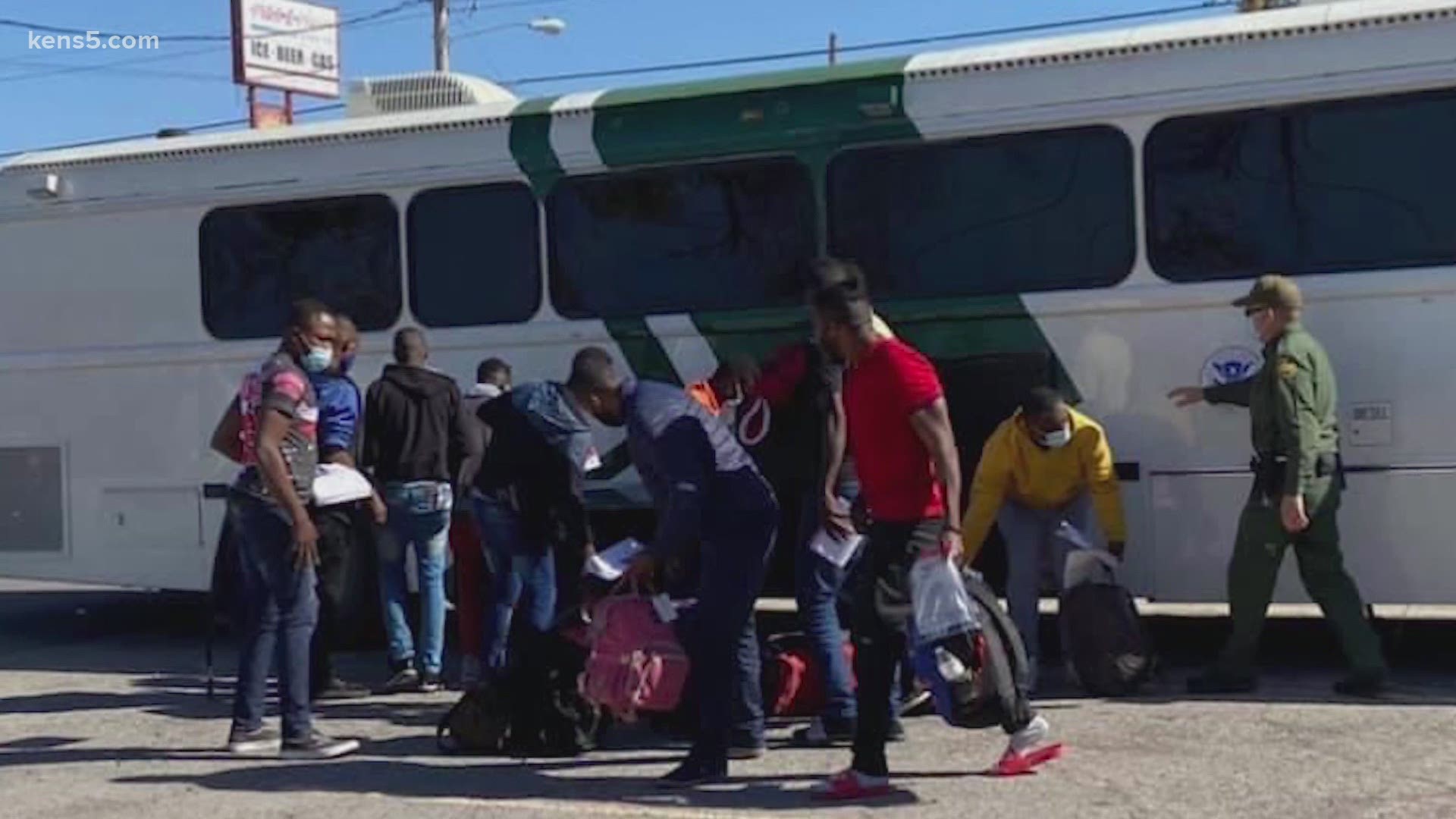 DEL RIO, Texas — It’s one of the most dangerous places to cross into the United States from Mexico.

Border Patrol officials said a weir dam outside Del Rio is deceiving because it looks calm, but swift-moving currents can quickly drag a person into the fast-moving waters below.

That's where officials say 90 Haitian immigrants risked their lives to cross into the United States on Sunday.

It was also on that day that the Val Verde Border Humanitarian Coalition got the call from Border Patrol, informing them a large group of migrants was being transported to their center.

“Literally from sun-up to sun-down, we can expect a call,” said Tiffany Burrow, volunteer operations director with the coalition.

The faith-based, nonprofit organization is a transition center where volunteers help migrants with necessities like food and clothing, and then provide them with transportation to their next destination.

“We only see families here at VVBHC,” Burrow said. “A lot of moms are pregnant in their third trimester, and some of the babies are brand new or less than a year old.”

Burrow said the VVBHC does not purchase bus tickets or pay for transportation for the migrants. Neither does the VVBHC have the capabilities to house migrants overnight.

She said they were able to help arrange transportation for nearly half of the large group of migrants, but that left more than 50 migrants with no place to stay.

The city was able to act quickly, setting up shelter in the Del Rio Civic Center.

“The city provided buses, city buses, to transport them over to the Civic Center,”  Burrow said. “When we left it was a little bit of chaos.  The playroom, the kids, they just (leave) everything as it was.”

Burrow said they’ve seen a surge of migrants attempting to cross into the U.S. over the last 10 days. Usually, they see around 25 migrants a week. Recently, it's been about 50 a day.

And each day is different, so preparing can be a struggle. After the large group on Sunday, Burrow said they didn’t see any new migrants in the next few days.

“That’s the biggest challenge right now, the unknown and the numbers,” said Burrow.

The number of migrants coming to the U.S. is on the rise since President Joe Biden announced major immigration reforms, especially in the Del Rio Sector, which spans from Comstock all the way to Maverick County. According to Border Patrol data, agents encountered over 900 Haitians in January, a 650% increase from the start of 2020.

“A lot of these folks have been traveling up the border and have heard that this is a good place to cross,” Burrow said.

Last year, Border Patrol officials told KENS 5 that Acuna, Mexico is the safest border town to cross into the U.S. because of less crime and less cartel activity.

That could be the reason the region has seen a large number of Haitian migrants crossing over from Acuna. This past Sunday alone, Border Patrol officials said agents encountered more than 600 Haitians.

“We're not equipped to deal with this. You know, it's just not possible,” said Val Verde County Judge Lewis Owens.

Owens said that as the county is fighting COVID-19 and working to distribute vaccines, there isn’t a lot of funding left over to support the migrants when they arrive in Val Verde County.

Owens said using the Civic Center to house migrants overnight provides its own adjustments, because the facility is being utilized as a mass vaccination site.

He said the county commissioners just approved a $5,000 allotment to purchase storage containers to house supplies at the VVBHC.

The total number of migrants encountered in the Del Rio Sector in January topped 11,000.

“We have a great community that are trying to help on the humanitarian side, but at the end of the day, the funds just ain’t going to be available,” Owens said.

Owens said he has reached out to federal lawmakers to seek help with funding as the migrant surge is expected to continue in the coming months. 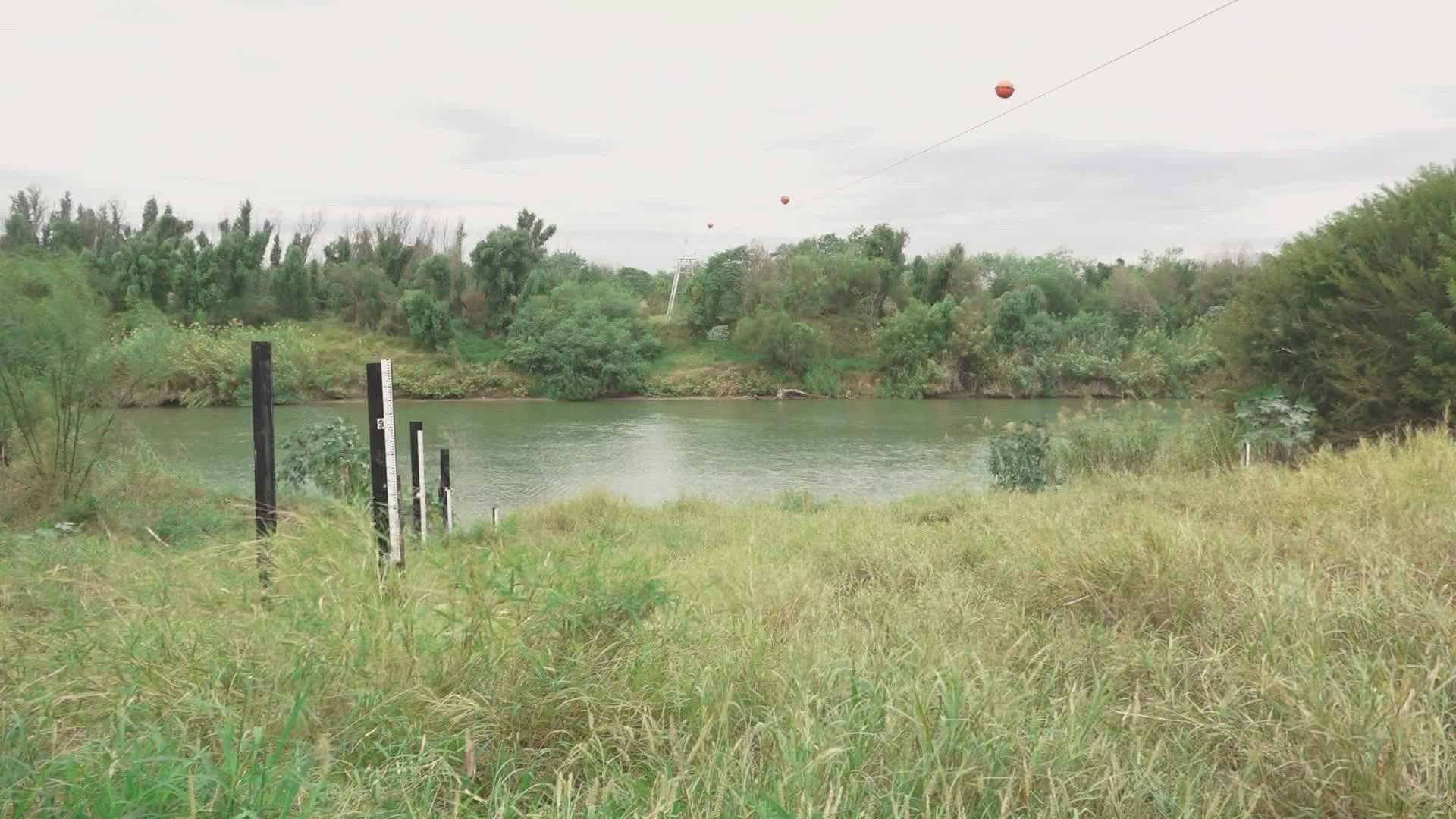 Border resident wins back her land from the government, ending years-long fight