The call came in to San Antonio, and 911 dispatchers here helped find the trailer in Laredo. 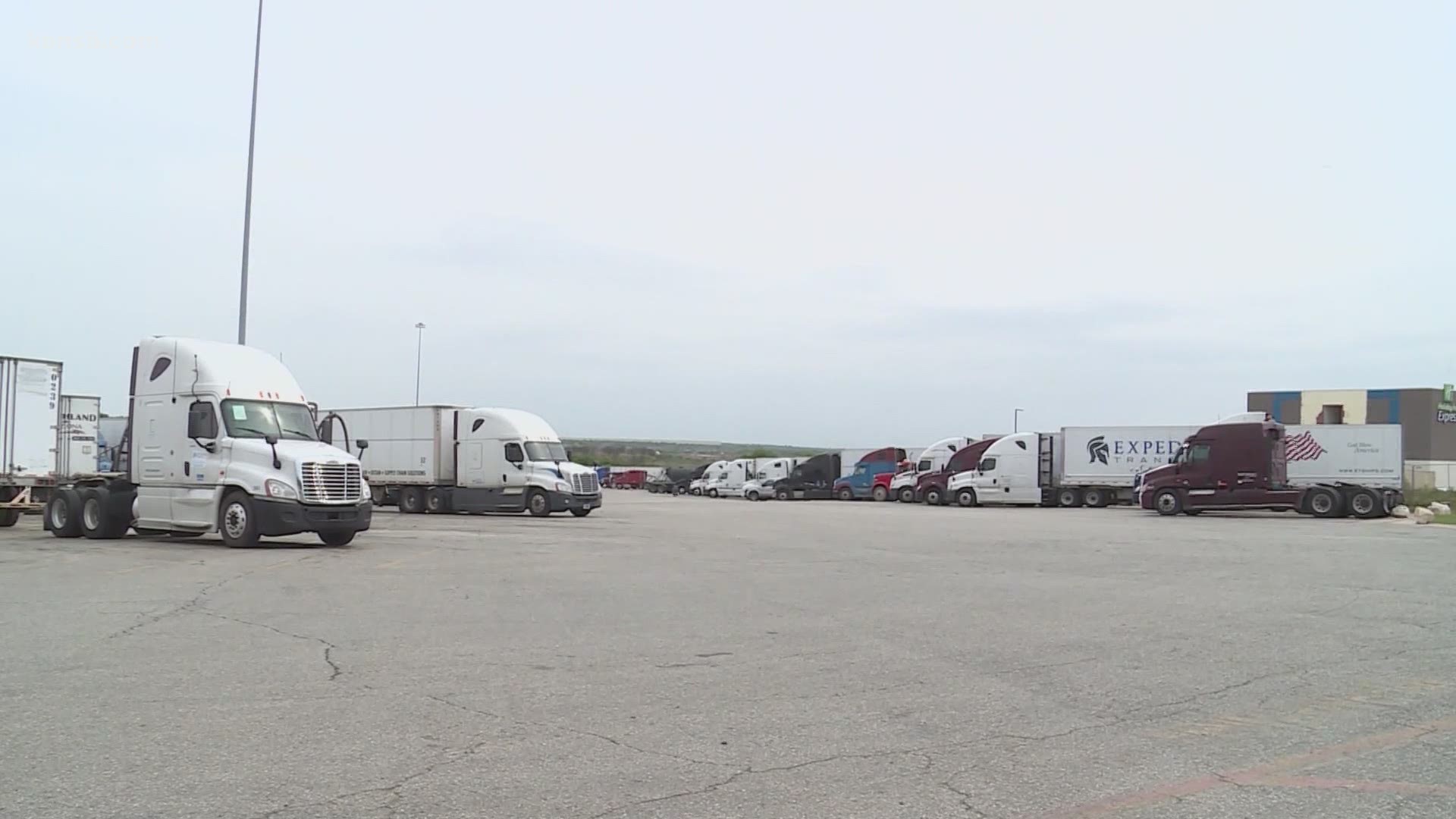 SAN ANTONIO — A recent 911 call took San Antonio Police and dispatchers on a hectic search for a trailer packed with migrants inside. One of them called police saying they couldn't breathe. It was a race against the clock to track down the trailer. SAPD 911 dispatchers pieced the clues and found the trailer nearly 200 miles away in Laredo.

The call came in on April 22 after 2:30 a.m. A cell phone pinged in San Antonio, and the caller was a Spanish speaking man saying he needed help. The man claimed he was trapped in an 18-wheeler trailer with 60-70 other migrants inside.

SAPD'S Dispatch Center Supervisor Tina Johnson was there when the call came in.

"They're just getting desperate," she said. "They are locked in. They were saying they were cold, and it was getting harder to breathe."

So, a search began with very limited clues.

"We went looking for him," Johnson said. "He brought up a business called TA."

The man had stated they were at a TA truck stop. Officers searched a TA in San Antonio at I-10 and North Foster Road.  They brought out Eagle and K9's to find the trailer, but no luck.

"We still couldn't find them," she said. "We had officers check both locations in between. Something just didn't hit right. Something just made me go back and listen to the call again." What are we missing?"

Johnson did just that and went back to the call.  Despite having troubles connecting to a translator, and the colors of the trailer getting mixed up there was finally a break.

That mile marker was close to a TA Truck Stop which came up in the border town of Laredo. The trailer was never in San Antonio.

"It pings here in San Antonio," Johnson said. How it pinged here we have no idea. It is not always accurate. We don't always have a zeroed in location."

Johnson said this is just one example of what her teams does every single day.

"If we don't find someone we are going to research," she said.  "We do this every day. We save lives every day."

Laredo Police were called, and they rescued 50 migrants from the trailer. The Laredo Chief of Police said lives were saved thanks to SAPD'S Communication Center. The migrants were turned over to U.S. Customs and Border Protection.