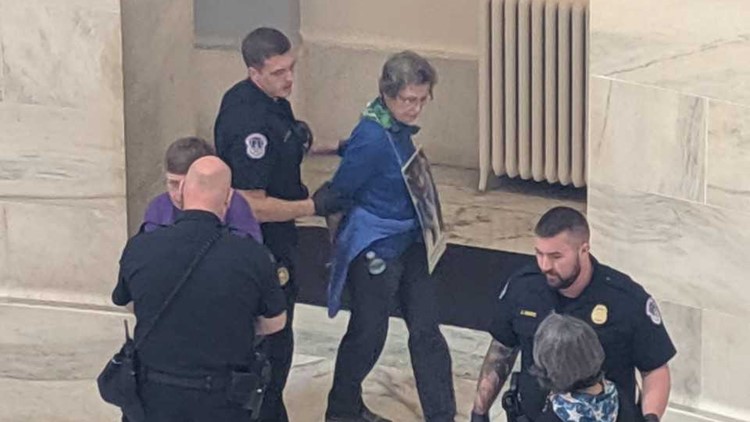 Photo by: Sisters of Charity of the Incarnate Word, San Antonio - CCVI

Sister of Charity of the Incarnate Word arrested in Washington protest

SAN ANTONIO — The Sisters of Charity of the Incarnate Word, San Antonio - CCVI are holding a public gathering in support of one of their own who was arrested in the nation's capital this week.

In a post on their Facebook page, the congregation shared that sister Jean Durel was one of about 70 people who was arrested in Washington, D.C. during a national day of nonviolence civil disobedience and action against the Administration's practice of child detention and separating families seeking asylum.

The congregation said it endorses the coalition of Catholic leaders in Washington.

The public event to echo those sentiments is planned for 4:30 p.m. Thursday in the Chapel of the Incarnate Word. It runs until 6 p.m.