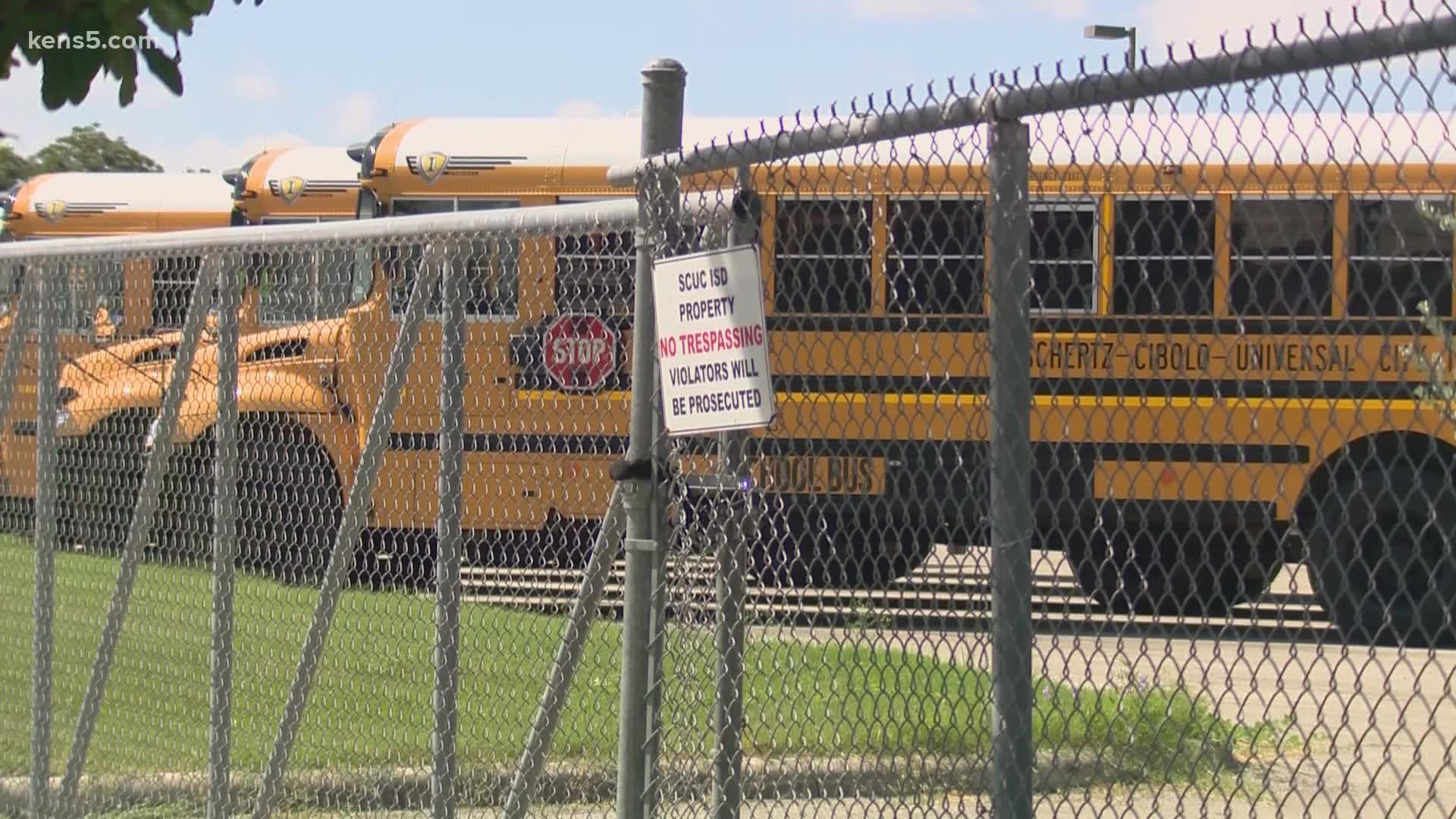 They say they didn’t get advance notice as the legal showdown unfolded quickly on Tuesday.

SCUCISD Superintendent Dr. Clark Ealy wrote a letter to parents saying since the district’s administration building is in Guadalupe County, it’s not affected by the mandate.

Two of the district’s 17 schools are located in Bexar County.

Derrick Pankey, whose daughter is going into 5th grade in SCUCISD, says she will wear a mask since she isn’t old enough to get a COVID-19 vaccine.

“She went to summer camp this summer and was kind of exposed to COVID, she knows how scary it is, she knows she has to wear the mask to protect herself from getting COVID,” Pankey said.

The district cited an opinion from Texas Attorney General Ken Paxton which stated that multi-county school districts should follow the health orders from the county in which the central administration building is located.

“It is our belief that all SCUC ISD facilities must follow the Governor’s Executive Order prohibiting schools from mandating face coverings,” the district wrote.

Pankey is surprised by the decision. Other parents applauded it.

“It’s kind of scary, I don’t know what made them come to the conclusion to not mandate the mask,” Pankey said.

The district said getting the information less than 48 hours before classes begin is extremely stressful for all of us, parents and staff members alike.

The district says Dr. Ealy was not available for an interview but said in a statement they will be monitoring the temporary restraining order.