Texas Parks and Wildlife officials said the fish is often mistaken for a piranha. 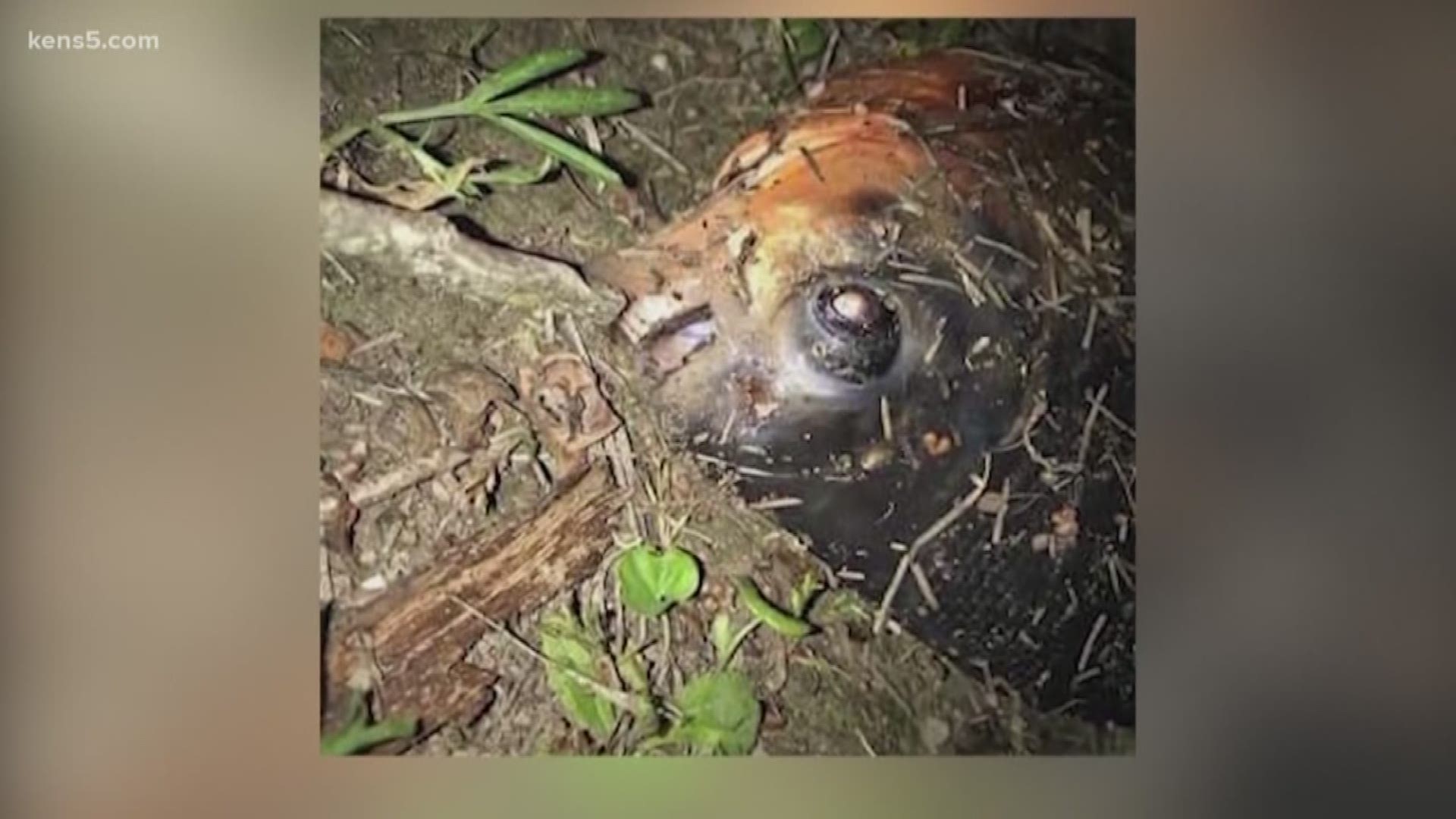 BANDERA, Texas — A man caught an exotic fish with human-like teeth in a local river, leaving many wondering if whatever the species is is dangerous.

You'll spot the usual family activities on most spring and summer days along the Medina River in Bandera. Swimming. Kayaking. Fishing.

Shane O’Brien said he enjoys fishing at night because he has more success reeling in the prize catches.

“There’s catfish, there’s bass, pretty much everything that inhabits the river is fun to catch,” O’Brien said.

And a few weeks ago, O’Brien reeled in the catch of a lifetime.

“I thought I had caught some sort of piranha,” he said. “It had these human looking teeth.”

O’Brien soon learned the fish wasn’t a piranha after all, but something else not native to the Medina River.

“I was a little freaked out by it. I didn’t want to touch it because I was like, what if this thing bites me?” he said.

So how did it get here?

TPWD biologist Marco DeJesus said pacus are easily purchased at pet stores, and can end up weighing between 40 to 50 pounds.

DeJesus said that, often, people who buy a pacu will dump them in a nearby body of water when they get too big and outgrow the aquarium.

“It makes me wonder if there’s ones in here that big or maybe bigger,” O’Brien said.

He said the pacu he caught was smaller, but had large, human-like teeth.

DeJesus said the fish has a powerful jaw because they usually feed off nuts and fruits.

However, he also said fish aren't aggressive, nor a danger to humans, despite their ferocious appearance. The look is mightier than the nonexistent bite.

And, just like O’Brien, the only time you’ll find yourself face-to-face with these scary chompers is when you reel one in—and it may give you quite the story to tell.

“I think it was a once in a lifetime thing,” O’Brien said.