SAPD officer Sebastian Torres was arrested three weeks ago on charges of possession and distribution of child pornography. 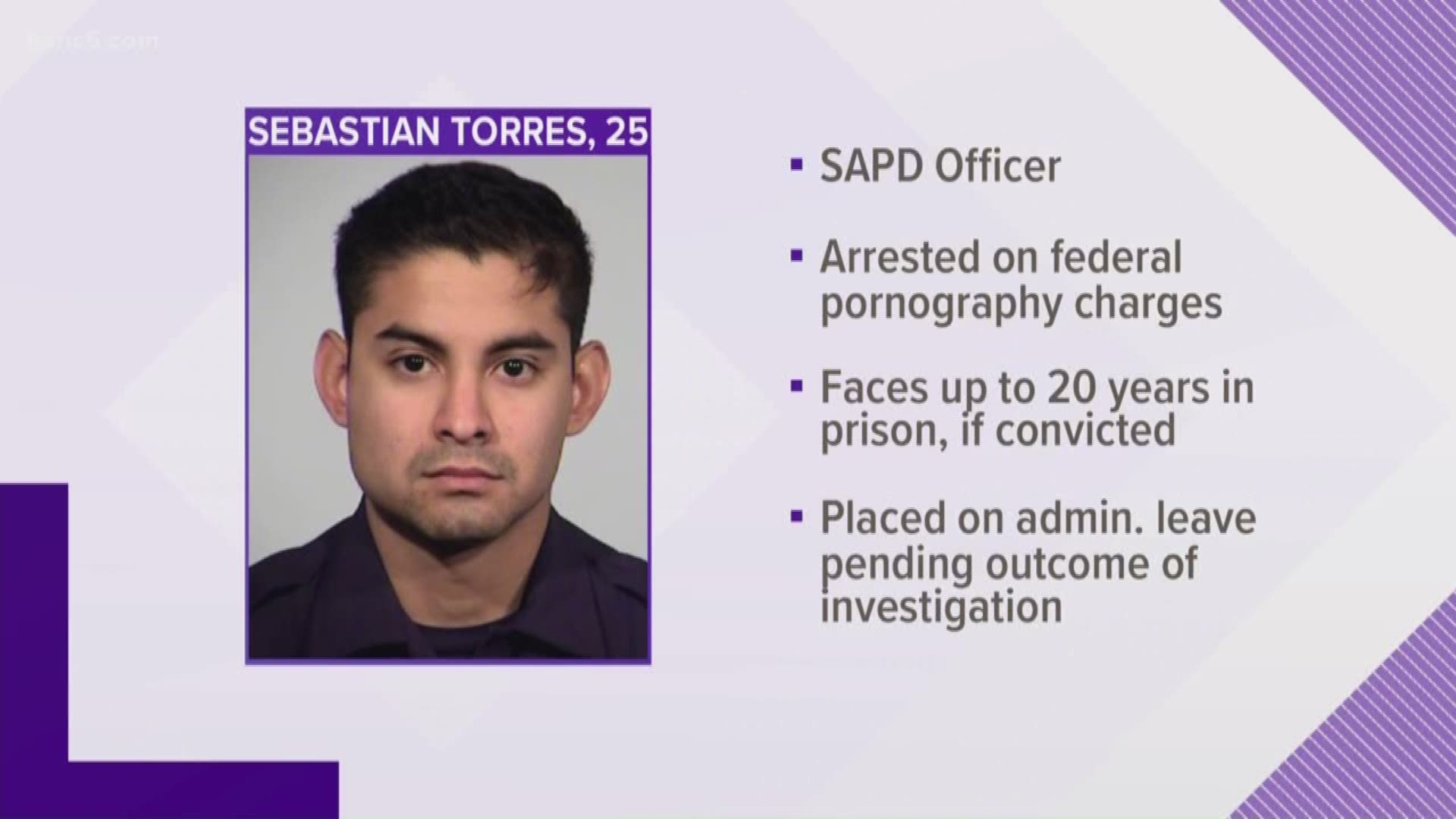 SAN ANTONIO — *Editor's Note: The attached video is from a story that ran on Sebastian Torres on February 7, 2020.

An SAPD officer who was arrested earlier this month on charges of possession and distribution of child pornography has pleaded guilty to selling and transferring obscene matter, per court documents.

The FBI and San Antonio Police Department jointly announced the arrest of Sebastian Torres, 25 on Friday, February 7. At that time, Torres was arrested and charged with distribution and possession of obscene visual representations of the sexual abuse of children.

Officials said he was arrested on the morning of February 6 and appeared before a judge for the first time the following day. SAPD reportedly began the investigation and later joined forces with San Antonio FBI Child Exploitation and Human Trafficking Task Force.

He was a two-year veteran of the force assigned to patrol, according to SAPD.

On Wednesday, Torres pleaded guilty to Count 1 of the indictment. He has been in federal custody since his arrest and faces up to 20 years in federal prison.

SAPD Chief William McManus released this statement at the time of Torres' arrest:

“The charges against Torres are deeply disturbing. When I was initially made aware of the allegations, he was immediately placed on administrative duty and a joint investigation with the FBI was launched. As a result of his arrest, Torres is now on administrative leave and the case remains under investigation. Because this is now a federal investigation, I cannot comment further except to say that we will continue to provide information and assistance to the FBI and the United States Attorney’s Office.”