A San Marcos police officer was shot and killed in the line of duty Monday. 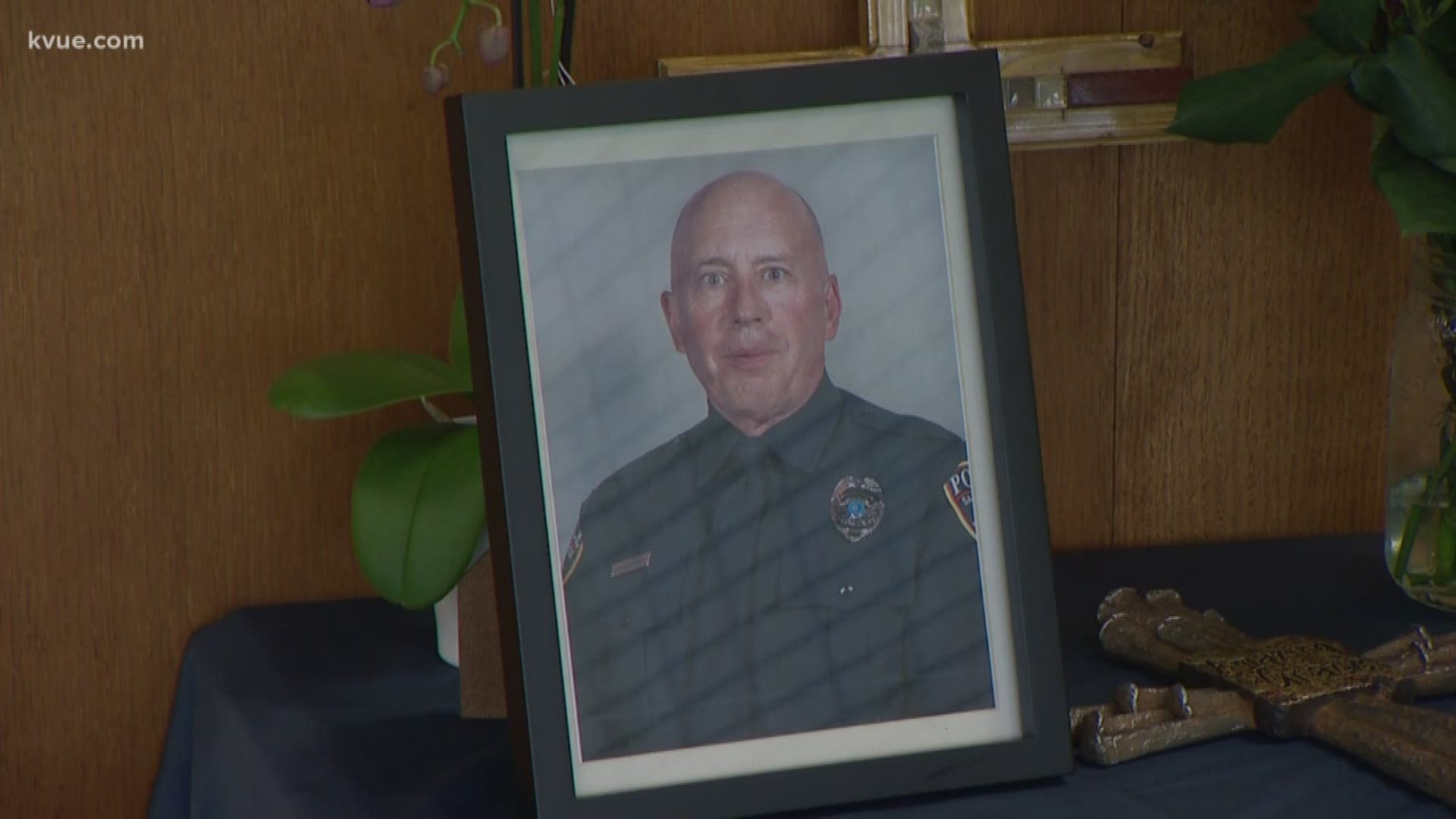 A San Marcos police officer was killed after an ambush-style shooting Monday afternoon while he was out serving a warrant, according to the City of San Marcos.

City officials said the officer, identified as Kenneth Copeland, 58, was serving a warrant in the El Camino Real subdivision along with other officers when the suspect shot the officer multiple times.

The officer was wearing a protective vest and was taken to Central Texas Medical Center for treatment. However, he succumbed to his wounds and was pronounced deceased at 3:50 p.m by Justice of the Peace JoAnne Prado.

San Marcos Police Chief Chase Stapp said Copeland was the first officer in the city's history to be killed in the line of duty.

"I want to offer my thanks to all of the members of the Central Texas Medical Center who tried very hard to save Ken's life," said Chief Stapp. "They are a part of our family as well and they did a great job."

Chief Stapp said other SMPD officers and the Hays County SWAT tried to negotiate with the suspect to get him out of the house peacefully. Officials said the suspect later came out of his house and surrendered to officers, but he did suffer a gunshot wound. Chief Stapp said it's not known if it was self-inflicted or if police shot him.

The suspect was transported to an Austin hospital and will be placed back into police custody when he is medically stable.

Chief Stapp said the loss of Officer Copeland is painful for many in the police department.

"Ken's a hero. Today was his day off. He worked just about every day off to provide for his kids and because he knows we're shorthanded and we need the help. His picture is hanging in different parts of this police department because everyone here loved him," said Chief Stapp.

Copeland joined the department Mar. 30, 1998, serving SMPD for 19 years and 9 months as a Police Officer. Copeland is succeeded by his wife and four sons.

"We have to band together. We have to appreciate the fine men and women who are out there serving the public's interest in their jobs. They're simply trying to protect us from harm and that's what officer Copeland was doing today," said Lumbreras. "Unfortunately and tragically he lost his life."

Neighbors in the El Camino Real neighborhood expressed their sadness Monday that this had happened in their neighborhood.

"We've never had anything violent like this at all," Neighborhood Association President, Brian Bloch said.

Block said the neighbors, for the most part, got along and this would be a hard blow for the residents to move past.

"Obviously, the individual overreacted ridiculously," he said. " I don't know that you can rationalize it. I think you have to say it is a one-off."

In response to the shooting, Gov. Greg Abbott said on Twitter, "We pray for the family of the San Marcos police officer killed in the line of duty. We remember the sacrifices our men and women in law enforcement make every day. #BackTheBlue."

This story will update as more information becomes available.

Editor's Note: An earlier version of this story said the shooting happened at the Cottonwood Creek subdivision. This story has been updated to reflect the correct location, according to the City of San Marcos.