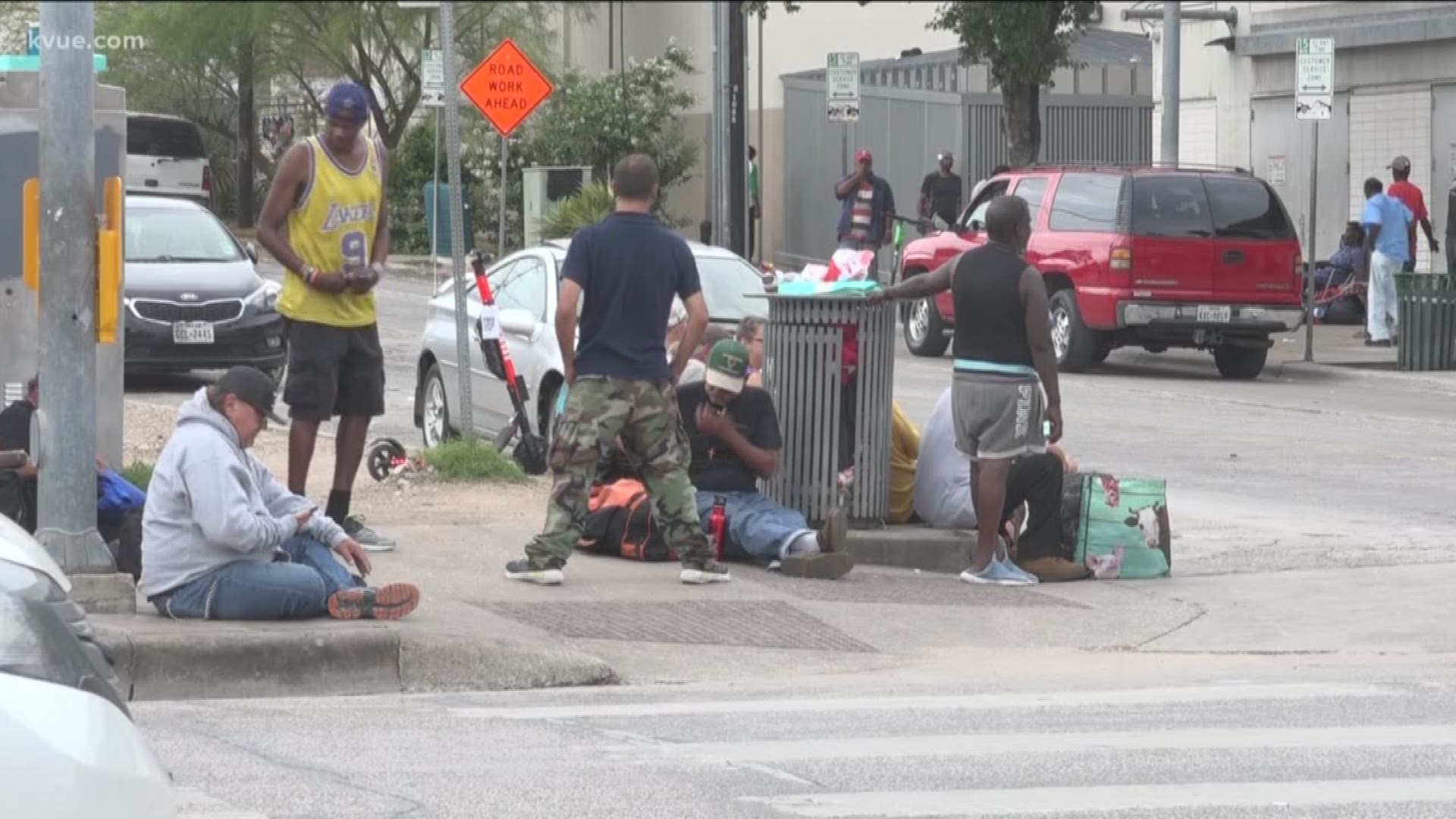 AUSTIN, Texas — The governor of Texas is once again slamming the City of Austin for the way city leaders are dealing with the homeless population.

Gov. Greg Abbott is taking aim at the ordinances that make panhandling, camping and sitting on sidewalks legal. Those ordinances went into effect on July 1.

There's been a lot of talk about if the governor would call a special session to put an end the ordinances here in Austin. Abbott said on Wednesday, "people need to understand that a special session is not a magic wand that solves all problems."

He thinks the city that's addressing homelessness the best is San Antonio. Meanwhile, Abbott has been very vocal about not being in favor of how Austin is doing it.

PHOTOS: Our Homeless: Struggle on the Streets

In San Antonio, they have what they call a "Haven for Hope" for the homeless. It's a shelter that Abbott said makes sure people are placed on a pathway to success. It gets them off the streets, gives them a place to stay and they're given training and assistance to get a job.

'We have ordinances in place and we're not going to change them.' Mayor Adler speaks on homeless camps

“It's important for everyone to understand there are so many options that are available that are far superior to people camping out on Congress Avenue,” Abbott explained. “Probably the best template for this is a strategy that's been developed in San Antonio that I urge all communities to take a look as a best possible practice."

This is in contrast to what the governor believes Austin is doing. He's critical of Austin’s rules that make it legal to for the homeless to sleep on city streets, calling it a safety concern.

“One thing that we're doing right now is we are monitoring primarily health and safety based issues stories in some other states and locally about activities that could cause health concerns," Abbott explained. "We want to make sure that local governments and the state is doing all it can to minimize to diminish to eliminate all types of health and safety activity."

"You take five different officers and they could look at an incident, and two of them could say, 'That's hazardous,' and two others could say, 'OK, that's not hazardous,” said Cassaday. “There's no definition of the changes that have been made.”

These ordinance changes have now been in place for more than a week. It means the homeless no longer get tickets for camping on city streets.

In a tweet sent out Wednesday night, Abbott criticized Austin City Council for banning homeless camping at city hall through this change, calling it hypocritical.

'It makes you look over your shoulder more.' Mountain lion spotted in Hutto community