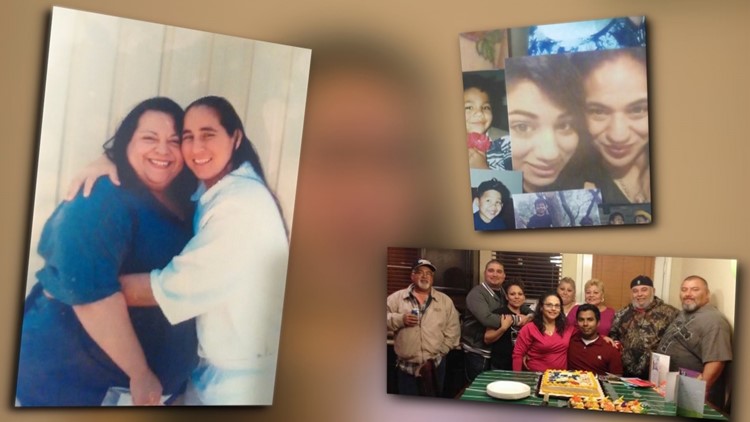 Photo by: KENS 5
The families of the San Antonio Four

SAN ANTONIO -- The women known as the "San Antonio Four" were declared innocent and exonerated by the Texas Court of Criminal Appeals Wednesday.

SAN ANTONIO -- The women known as the "San Antonio Four" were declared innocent and exonerated by the Texas Court of Criminal Appeals Wednesday.

Elizabeth Ramirez served 17 years in prison following sexual assault accusations. Anna Vasquez was in for 12.5. Cassandra Rivera and Kristie Mayhugh were behind bars for 14 years each.

As KENS 5 reported, it all started in the summer of 1994. Ramirez was babysitting her two nieces, who were 7 and 9 years old at the time, while the other three women were visiting at her apartment.

About four months after that night, in November 1994, the 20-year-old and pregnant Ramirez remembers a knock at her door.

RELATED | "We are not giving up": Two decades later, S.A. Four await exoneration

"I was at home in my apartment, and a detective came knocking at the door and asked to speak to me," Ramirez previously told KENS 5. "He asked if I knew Javier, Stephanie and Vanessa, and I was like, 'Yeah, that's my brother-in-law and my nieces.' And he said, 'Do you know they accused you of sexually assaulting them?' And I was like, 'No.' And he said, 'Do you know why they would do that?' And I said, 'No, I have no idea because it never happened.'"

Ramirez was the first to be questioned about these sexual assault allegations. Within days, the other three women also got phone calls and visits from a detective.

The women were convicted in 1997 and sent to prison. Rivera was paroled in 2012 when there was a break in the case. The younger accuser recanted her story on camera in a documentary about the case. The other women were released on bail in 2013.

The second accuser has never recanted her story.

"We hold that it does and that these four women have unquestionably established that they are innocent of these charges," the appeals court decision states.

The women, who are in their 40s, say they continue to dream of living a normal life.