The Texas Academic Decathlon is giving Sam Houston High School a proving ground. With every win, they defy negative perceptions about their school. 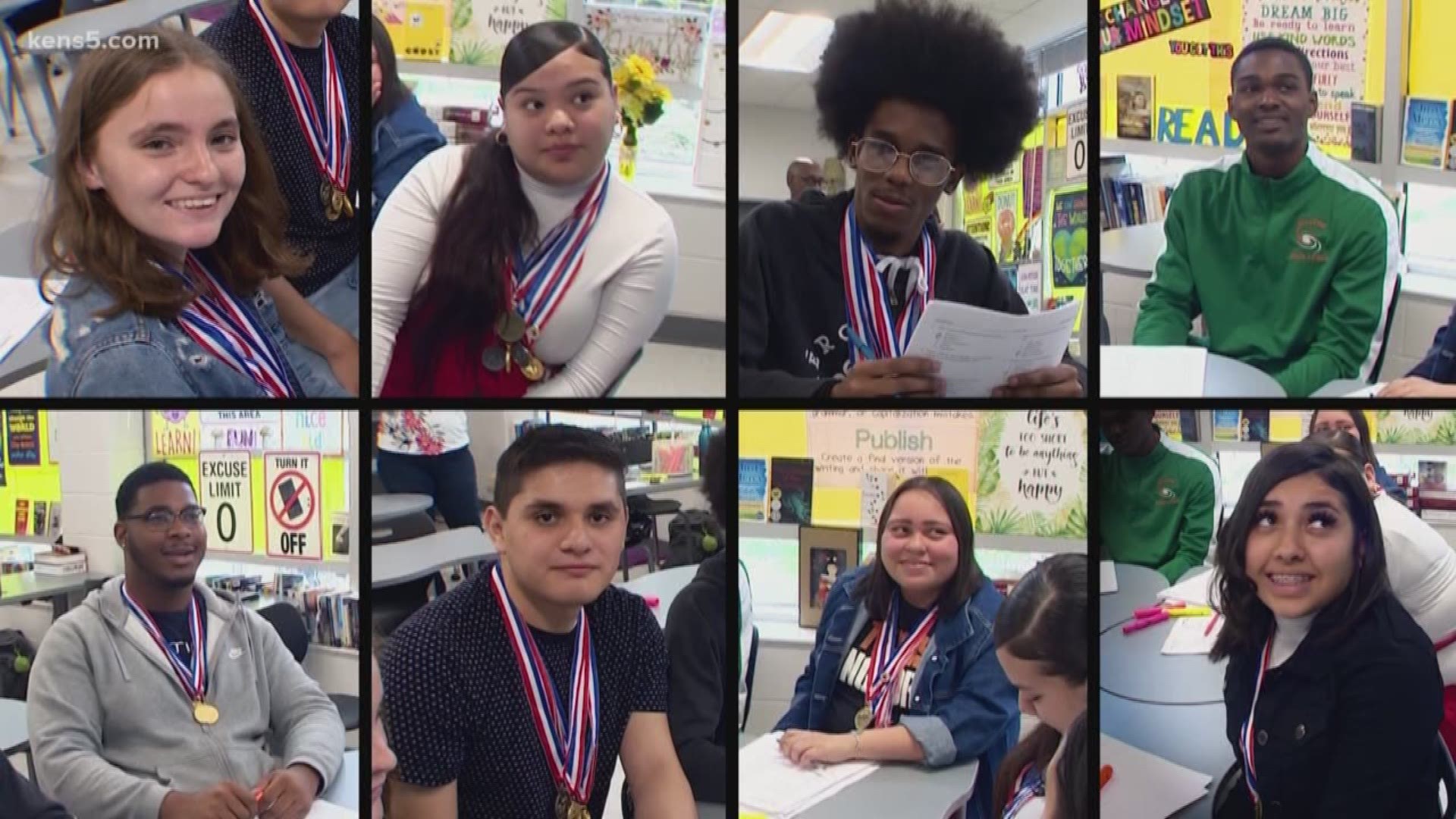 SAN ANTONIO — Jasri Parks kept blowing off invitations to join the Sam Houston High School Academic Decathlon team. The former football player did not have a clear understanding of what the team did.

The light bulb went off when he saw members of the academic team getting a spirited send-off to state competition.

He joined the team and quickly realized it was creating a path for his life.

"For me, college was always pushed because my parents didn't go," he said.

The senior said he needed to do something with his life. So, he traded his old set friends in for a squad of committed students trying to change their lives too.

"A lot of the team members have outside struggles," Veronica Marines said. "They come from single-parent homes. And, a lot of them will be the first ones in their families to go to college."

Marines has been teaching at SHHS for 13 years. She's been a coach for the academic decathlon team for 10 years. Her students have gone to state competition for nine of those years.

"It's kind of like jeopardy," she said."We see which school has the strongest team."

Sam Houston was the only medium-sized school to represent the San Antonio Independent School District, and the city of San Antonio at the 2020 competition in Frisco.

"You don't have to be a genius to be on academic decathlon — on the team," Marines said. "You just have to work hard."

Marines said it's her job to stretch the team members toward their life's potential. She teaches the students to put in the effort to yield a reward.

"We all go through it together," Parks said.

On top of the regular schoolwork, the students put in additional hours of studying. Parks said the process can be mentally fatiguing, but the team has developed brain aches and a bond.

In fact, Marines saw one of the team member's life in limbo after his mother's death. His family needed assistance. She and her husband opened their home to the 18-year-old. Now, he has a scholarship to Austin College.

"I give up a lot of my personal time for this because I believe in them," she said.

Belief in the nine-member team can be fleeting when it comes to others.

"We feel that we get looked down upon because people call us 'ghetto' or whatever it may be," Sophia Vasquez said.

Vasquez, a high school senior at SHHS, becomes overcome with emotion about proving people wrong who have negative perceptions about her school.

"These other teams don't expect, and even our own district — they don't expect much from us," Vasquez said. So, sometimes we feel that, you know, if they're not expecting perfection, then why should we even try?"

The team went to state-ranked 7th in their division. At the competition, they were ranked in the top 20 schools competing.

"The odds that are against us. And then for us to prevail — always," Parks said. "It's like you can't make it up."

Got a story about a kid doing unique or outstanding things in our community? Send us an email: Greatkids@kens5.com. #KENSGreatkids