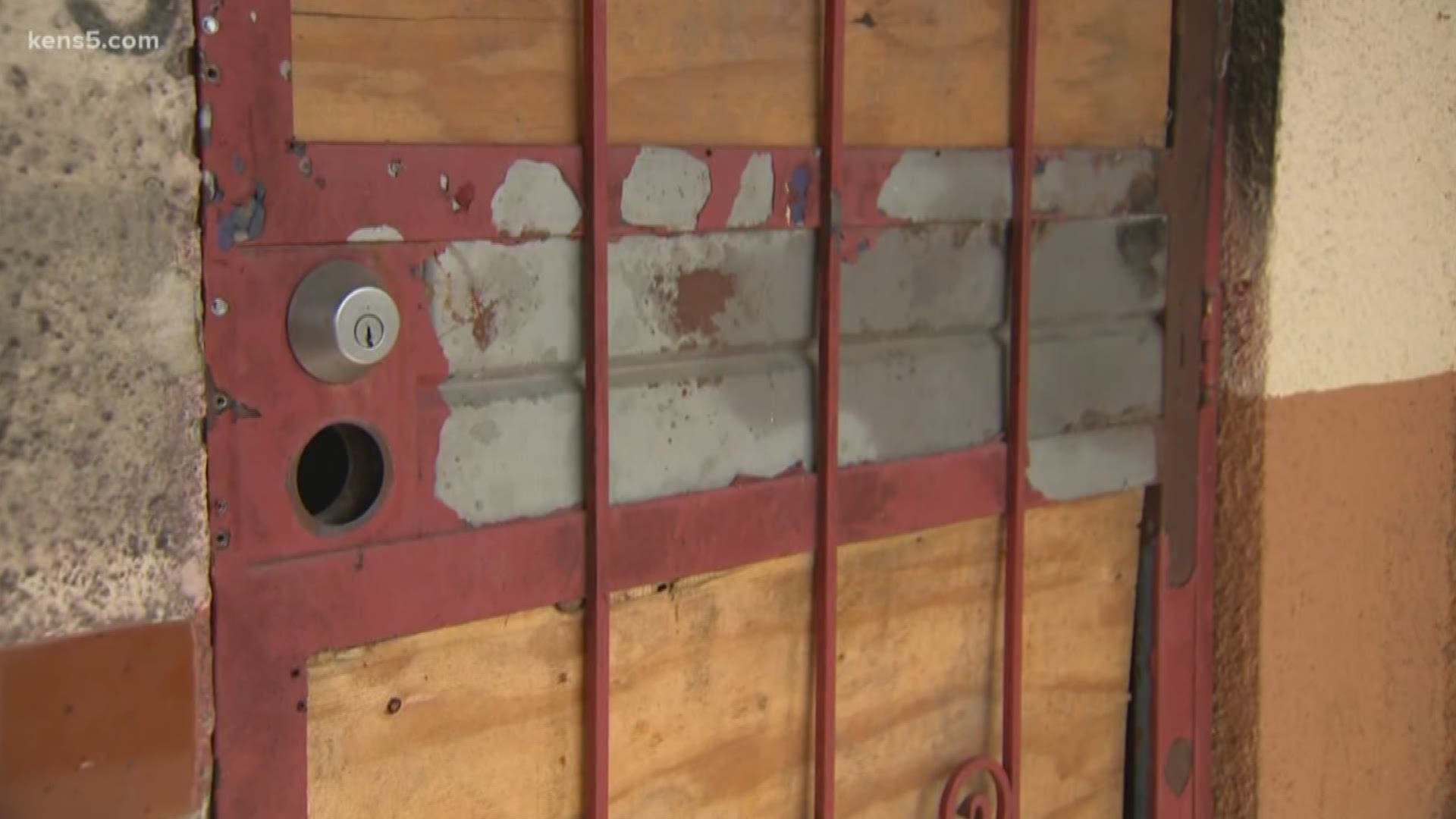 SAN ANTONIO — Grace Rodriguez is back at the Alazon Courts. It’s where her parents raised ten children. In fact, her 90-year-old mother still lives there too.

“We’ve been living here for close to 60 years,” She said.

One year ago Rodriguez moved back to the housing development with her two grandchildren. Their mother died in her sleep.

“There were four years old,” she said. “And, I’ve been raising them since my daughter passed away.”

Her reintroduction back to the Alazon Courts wasn’t especially good. She said they had to live with the stench of sewage until her complaints fell on an ear of action.

When they moved into that apartment she and the grandkids had unwanted roommates. Three rats to be exact.

Rodriguez’ story is one of many in a housing development where city officials said the annual average income is $13,000. Tenants live in buildings constructed between 1939 and 1941.

The San Antonio Housing Authority said the buildings are not the housing model of the present or the future.

SAHA President and CEO David Nisivoccia said he has $500 million worth of need within his system. He said he’s lucky to get $11 million.

Nisivoccia is trying to secure a 9 percent tax credit from the Texas Department of Housing and Community Affairs (TDHCA) for a $20 million loft project on San Antonio’s near west side. The San Antonio City Council gave him the nod to pursue the funding.

SAHA will submit an application to TDHCA in March. They expect a decision by July.

The new development has a working name of the Alazon Lofts. If funded it will be located on a stretch of land at S. Colorado and El Paso.

“We are still in need of incentives to help our area revitalize given the extreme poverty of our community,” Councilwoman Shirley Gonzales said.

Gonzales represents District 5. An area she said has not seen the economic investment and benefits visible to the eye in other parts of the city.

The Alazon Lofts signal the probability of change for the tenants of the housing development and others who live on the west side.

“This is not necessarily a desire to bring new people into the neighborhood---which we welcome,” she said. “The idea is we give the people who already live here the opportunity to live in quality housing.”

The new development can house a limited number of tenants from the Alazon Courts.

“Now obviously everyone who lives at the Alazon-Apache currently which is almost 500-715 units won’t be able to fit in the 88 units development,” Nisivoccia said.

He said SAHA will create an incentive transfer program. Meantime, they must consider the fate of a historic housing development with cultural significance and balance that with bringing new life to the same space.

He said the same development will have an inner connection on the west side to downtown providing economic, educational and social opportunity to SAHA tenants.

But funding for that is just a lofty as the Alazon Lofts. He said it would take, at least, three tax credit cycles to raise the Alazon Courts to new heights.

The apartments lack amenities common with apartment complexes. But it’s all Grace Rodriguez has for her grandchildren.

The 60-year-old said her place is comfortable. An occasional possum hanging in the tree outside and drafty windows and doors are her issues these days.

She welcomes the Alazon Lofts especially if it will make her grandchildren happy.

“They may not have their mother but they still have me,” she said.