Archbishop Gustavo Garcia-Siller shared his thoughts on Twitter following the mass shootings in El Paso and Dayton, Ohio, then deleted the tweets. 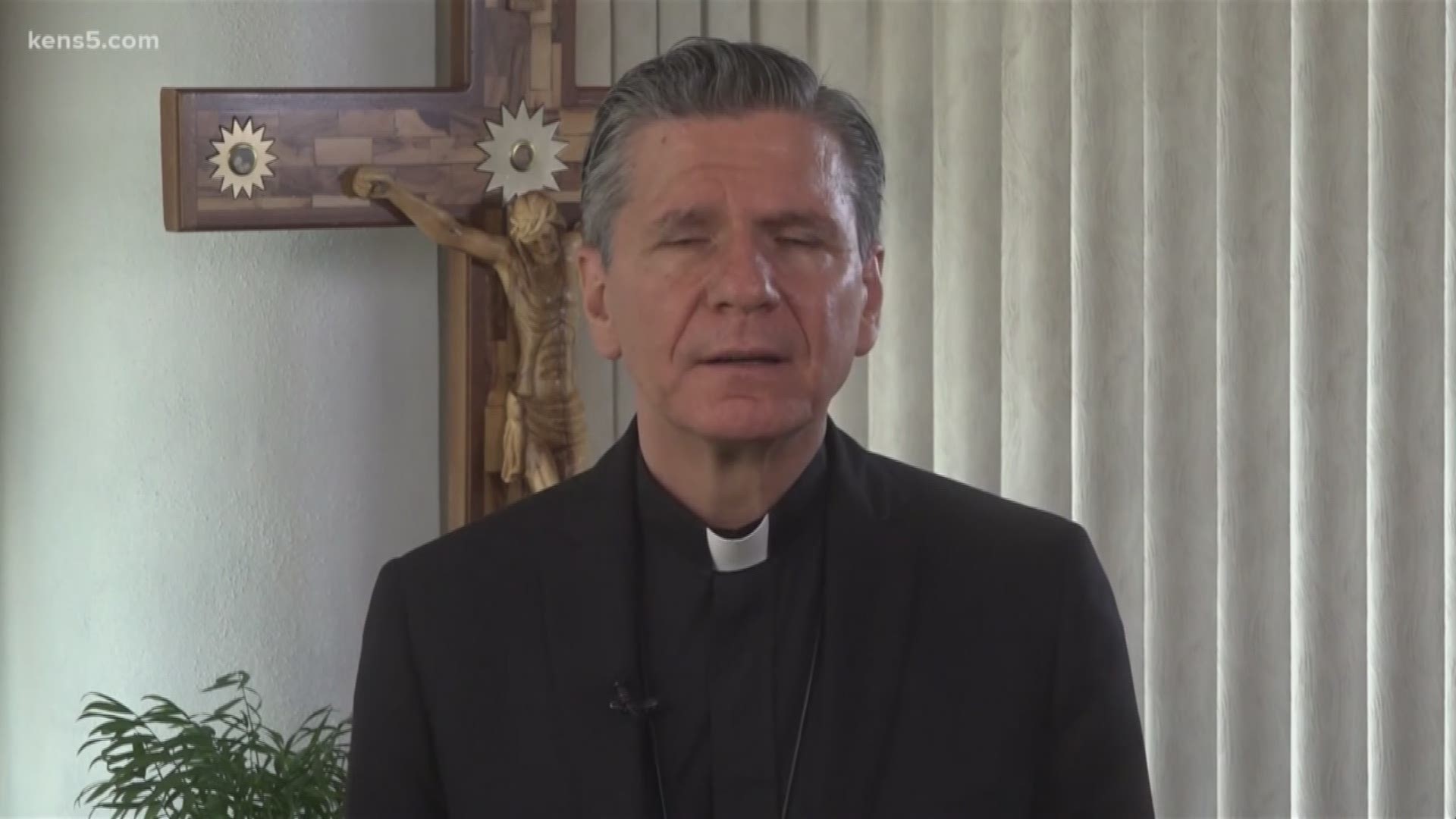 In a series of since-deleted tweets, Garcia-Siller shared his thoughts on the mass shootings in El Paso and Dayton, Ohio.

In one tweet he wrote, "Gun control is urgent. More lives wasted in vain. Families suffering. We are suffering."

In other tweets, he targets President Trump as the cause of all of the hatred, writing, "President stop hate and racism, starting with yourself."

He continued, "Please stop racism. Please stop hatred. Please be people of good will. Please stop fake prayer. You have cause Too much damage already, you have destroyed people lives. Stop, stop, stop. Please, please, please."

Garcia-Siller explained that people in the U.S. deserved better from the president who he described as a poor and weak man.

The tweets were later deleted.

To my parishioners, the wider community, and all the dedicated priests of the Archdiocese of San Antonio, please know it is my ministry to serve your spiritual needs, and to express myself in ways that convey compassion, civility and build up unity.

I regret that my recent Tweet remarks were not focused on the issues but on an individual. All individuals have God-given dignity and should be accorded respect and love as children of God, especially in our conversations and interactions. We should be aware of this in our discourse about the Office of the President of the United States, which is due our respect.

The families affected in the shootings in El Paso, Dayton, and Gilroy, California need our prayers. Here in South Texas the nearby community of Sutherland Springs was the scene of just such a tragedy two years ago. This evil makes no sense and will never be fully understood. Disbelief and shock are the overwhelming feelings; and there are no adequate words. There can be no justifiable explanation for such scenes of horror.

My hope is to bring comfort at this emotional time.

I have served as chairman of the U.S. bishops’ Committee on Cultural Diversity in the Church, and last fall our episcopal conference approved a document titled, “The Enduring Call to Love: A Pastoral Letter Against Racism.”

The pastoral letter stated that, “Despite many promising strides made in our country, the ugly cancer of racism still infects our nation. Racist acts are sinful because they violate justice. They reveal a failure to acknowledge the human dignity of the persons offended, to recognize them as the neighbors Christ calls us to love.”

The document also reads, “Every racist act — every such comment, every joke, every disparaging look as a reaction to the color of skin, ethnicity or place of origin — is a failure to acknowledge another person as a brother or sister, created in the image of God.”

No one has the moral right to make racist statements.

These are the things I want to tweet and preach about and initiate renewed dialogue. Let us focus on this. My prayer is that this leads to healthy national conversations on these issues which affect many people in our country.

There is growing fear and harassment, and at times American public discourse uses rhetoric that instigates fear against foreigners, immigrants and refugees.

We must pray for fervently for peace amidst all of the violence which seems to be overwhelming our society. We must be lights in the darkness. Let us further the values of the Kingdom. We do not need more division, but rather, we need to move forward in freedom to discuss these topics more deeply in light of the Gospel.