The body of Daniel Eaves, 77, was found on Sunday morning, police said. 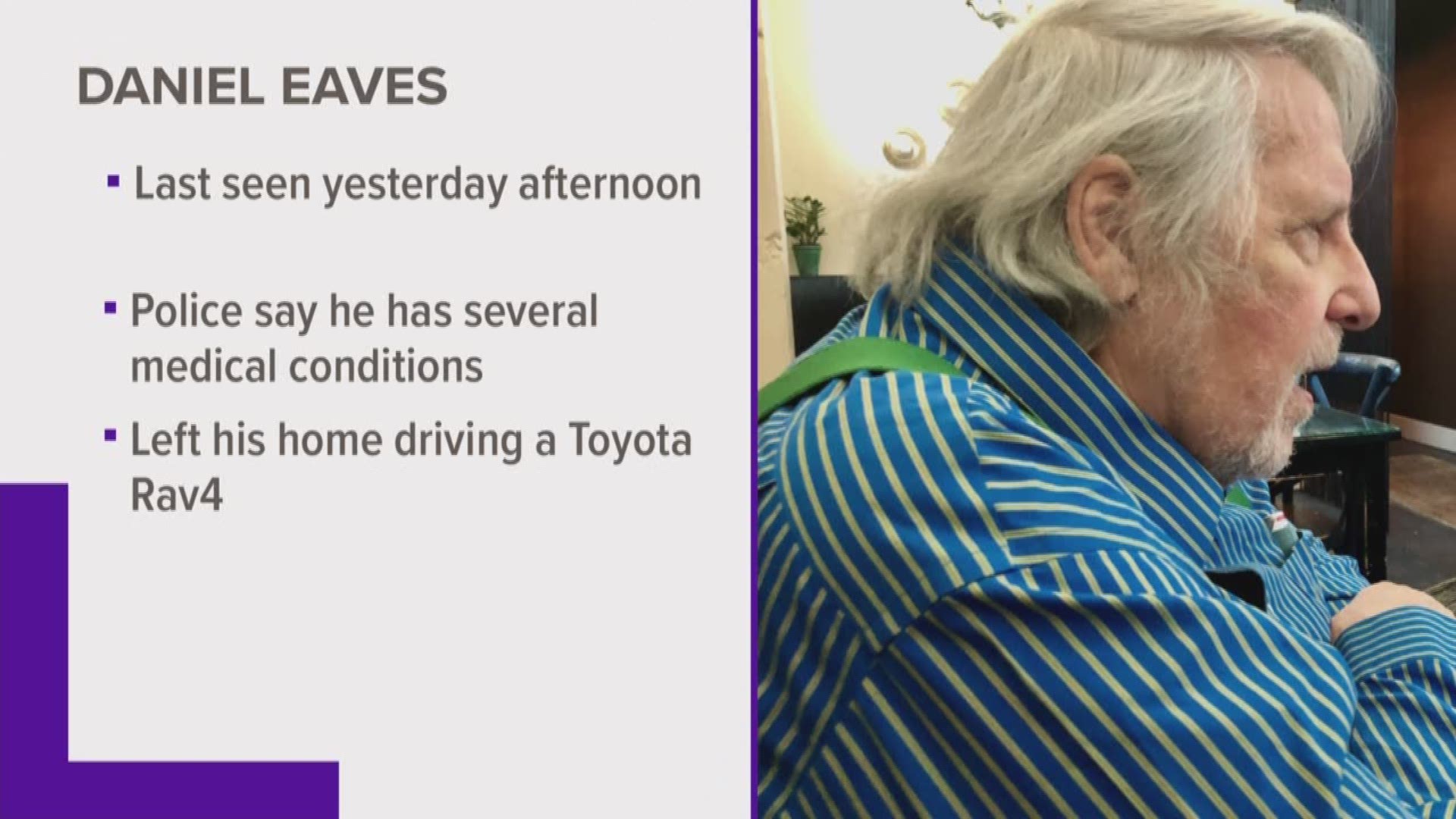 ROUND ROCK, Texas — Round Rock police have found the body of an elderly man who went missing on Saturday afternoon.

The body of Daniel Eaves, 77, was found on Sunday morning along Brushy Creek near the intersection of Red Bud Lane and East Palm Valley Boulevard, police said.

The 77-year-old Round Rock resident reportedly left his home in a black Toyota RAV4 to drive to a trail to go for a walk.

Eaves had several medical conditions and left his home without his cellphone or medication.

His death did not appear to be suspicious, according to police.

Petty or brilliant? Texas puts LSU band in the nosebleed seats for Longhorns vs. Tigers game