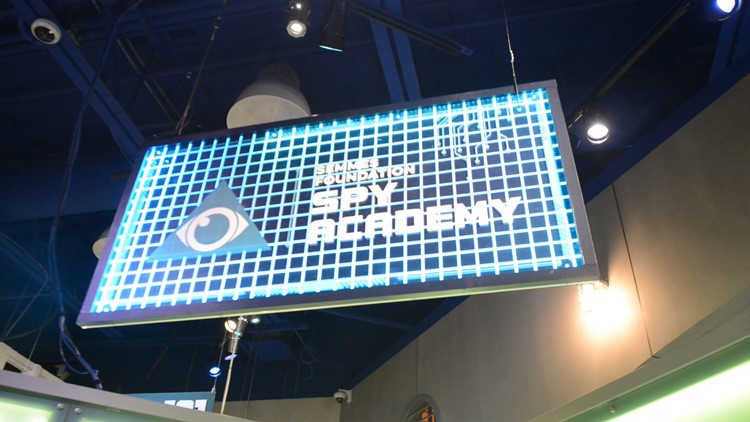 SAN ANTONIO — The popular Spy Academy at the DoSeum got a makeover and some new features.

The opening of the revamped exhibit coincides with the fifth anniversary of the DoSeum's Broadway location.

The exhibit also includes new specializations based on their interests including K9 Officer, Cyber-Operations Officer, Surveillance Professional, and Geospatial Intelligence.

The DoSeum also partnered with several organizations and members of the community to revamp Spy Academy. They include the NSA, Youth Code Jam, Cyber Texas, and the UTSA College of Engineering. The DoSeum also invited an SAISD afterschool class to help develop mission clues.

"Specifically with cyber security and the National Security Administration, the Spy Academy is shockingly robust," Daniel Menelly, CEO of the DoSeum, said. "For an exhibit that was designed for children, it's actually a pretty close replication of the global competencies you would need as an adult. For example, you become part of a data community, you have your own personal date that travels with you, you can access it again in the future, you are using different forms of technology like clues, which is a type of evidence-based learning."

The exhibit is set to open Saturday, February 15.

RELATED: New sound exhibit to open at the Doseum

RELATED: DoSeum's 'Adult Night' out of this world, literally