Larger restaurants love the increase in customers but for smaller eateries, the percentages don't add up. 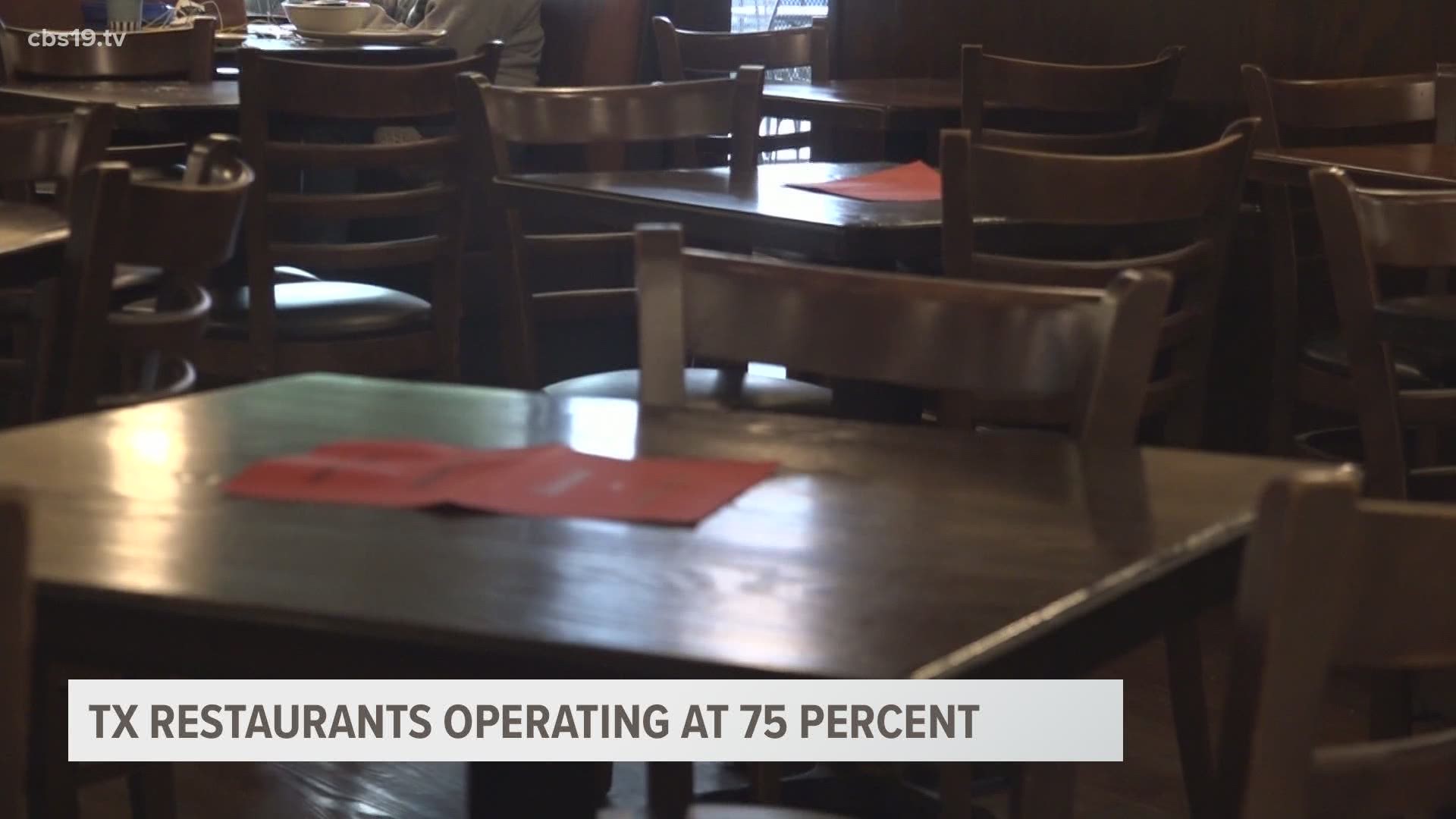 TYLER, Texas — As of Monday, restaurants in Texas could open up their dining rooms to 75% capacity. Something Robert Owens, owner of Corner Bakery in Tyler, says is a good thing.

"We were at 50, we were probably hitting 50 pretty regularly and then, you know being able to spread out and be at 75% that'll help," Owens said.

Owens is also the owner of Traditions restaurant in Tyler. He says despite the increase in traffic, the sanitization efforts will not be changing any time soon.

"People are taking precautions and, you know, restaurants are one of the cleanest environments," Owens said. "I mean, we're monitored and by the health department and we clean and keep our tables sanitized."

Restaurants are still being asked to maintain six feet of distance between tables, something that can be a challenge for smaller restaurants like Culture ETX in downtown Tyler.

"Whether we're at 50, 25, 75, it really makes no difference," Lance McWhorter owner of Culture ETX, said. "We're permanently stuck at 50% just because we can't add another table or another two tables without violating that six foot rule. So really, nothing's changed to me. So, that's kind of the frustrating part."

Chef McWhorter says the seating limitations has hurt his business, but he's sticking to the rules anyways.

"I've had a lot of people ask me, hey, why don't you add another table right here, right there? And I'm like, well, still the rules, you know," he said, "You go to a lot of places and they're kind of jammed, and they're serving at bars and they're doing whatever but I feel it's kind of irresponsible at this point to do that."

Now that things are closer to returning to normal, McWhorter says he hopes people will continue to support local restaurants.