Family drives more than 1,300 miles to reunite with their missing dog after 6 years

The reunion was filled with hugs and tears, the humane society said. 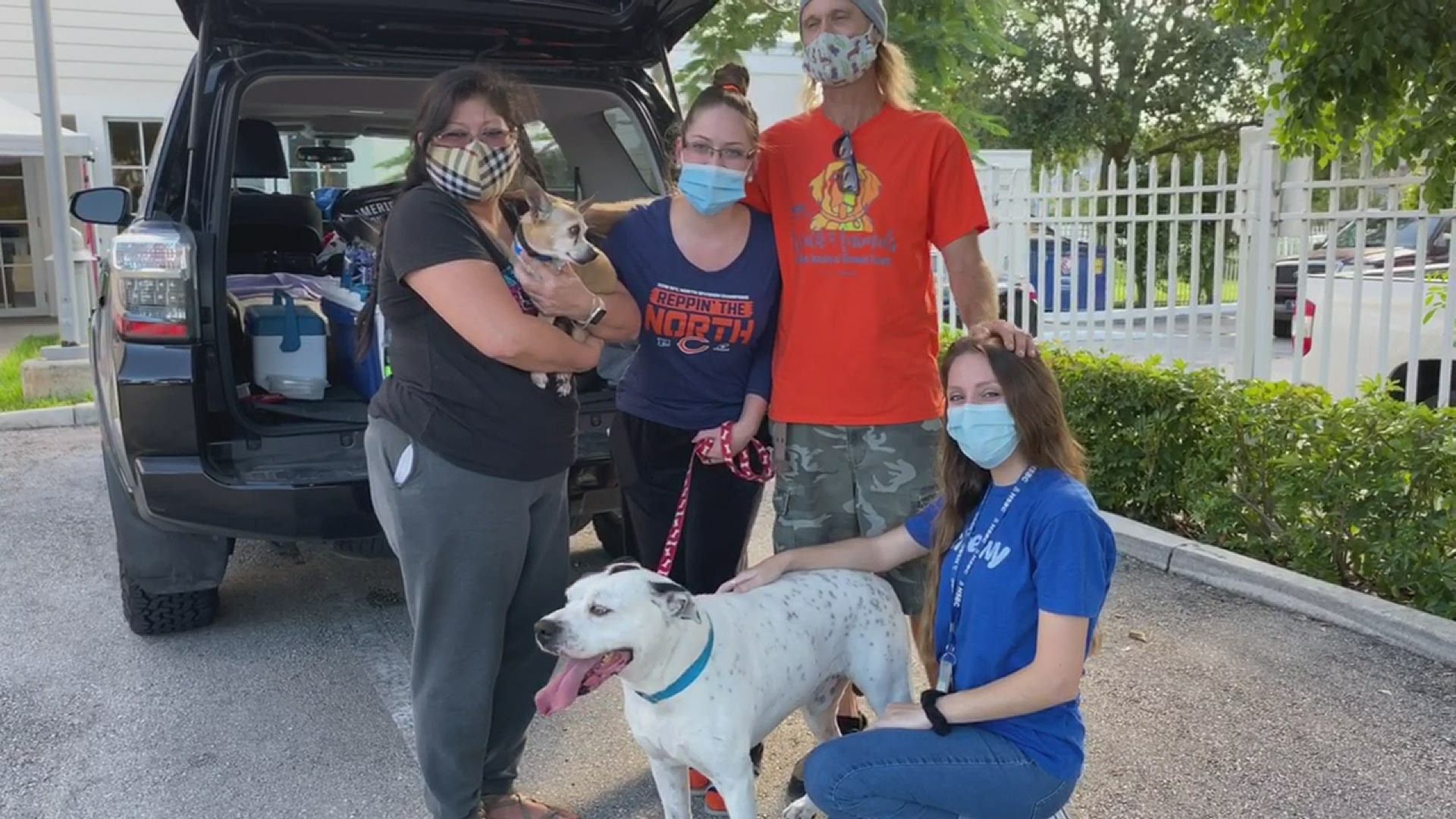 BROWARD COUNTY, Fla. — It was a reunion that was six years in the making.

The Vasquez family from San Antonio, Texas, says their beloved Chihuahua mix, King, was stolen from their backyard. The family says they made posters, posted all over social media and even offered a reward, but King was nowhere to be found.

That is until the Broward County Humane Society says it tracked them down using King's microchip after he was surrendered to the shelter over the weekend.

The humane society says a woman brought King to the shelter because she was sick and couldn't care for him anymore. She told the shelter she had only had him for six months and had gotten him from his previous owner.

The Humane Society says it called King's owners right away, and they were shocked to hear their missing dog had been found more than 1,300 away.

The Humane Society of Broward County says microchipping pets is an essential way to prove ownership and make sure they can track down the owners of lost pets.