Rebecca's Wish leading in the fight against pediatric pancreatitis

A San Antonio teen is leading the charge in the fight against a disease that's widely misunderstood. Her nonprofit is funding research and training nationwide. 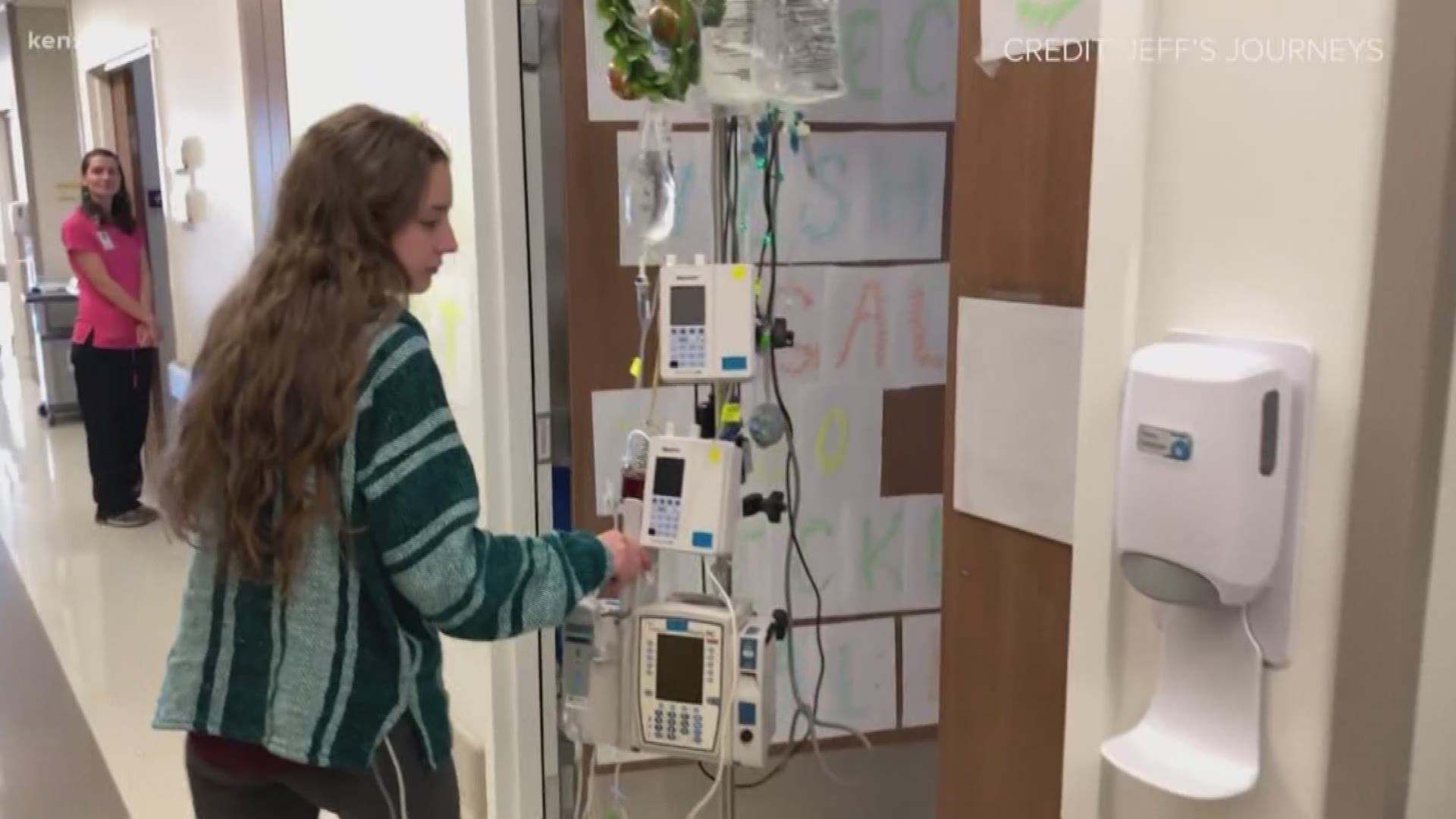 SAN ANTONIO —
Rebecca's Wish is a nonprofit organization that launched less than two years ago. It's the first-of-its-kind pediatric pancreatitis program in the country.

17-year-old Rebecca Taylor started the charity to fund research and treatment. Individual donors have helped her raised about $1 million.

Since May 2010, Taylor has battled a rare neurological auto-immune disorder. The disorder attacked her organs and she developed pancreatitis, a disease in which the pancreas becomes inflamed.

Her pancreas began to fail and she developed infections and blood clots. Her doctor, Sandeep Patel, a pancreatic specialist at UT Health San Antonio, performed nearly two dozen endoscopic procedures on her to help control the inflammation of her pancreas.

But her condition did not improve and she was forced to undergo a risky procedure.

She went to the University of Minnesota in Minneapolis, where she had her bile duct, duodenum, gall bladder, pancreas and spleen removed. She's now the first child of her age in the state of Texas to have survived this procedure. Taylor's second home is still at a hospital, as she remains in pain every day. But she is dedicated to her education and the success of her nonprofit.

"I don't know how there's not enough hours in the day but somehow we make it work. I love school and I love my classes," said Taylor.

"She taped a sign on her door when we got out of the hospital that said: Studying for midterms. Yes, I love this. I'll check with you in a few hours. Let me have this time," said her mother Christyn with a laugh.

Through Rebecca’s Wish, two pediatric pancreatic specialists are now in hospitals in Los Angeles, California and New Orleans, Louisiana with a third currently, being trained. The organization's goal is to train a new physician every year.

"We thought it was a sweet, wonderful idea for charity to help the children but what I didn't realize was how ingrained we would be with hospitals across the nation with truly, National Institute of Health, the FDA, National Pancreas Foundation for the adult side," said Christyn. "We're actually talking about a pancreatology program where we will work with GI doctors and will be able to pair with that with some of the other hospital institutes."

Rebecca's Wish is hosting a gala Feb. 1st at the Witte Museum. For ticket information or to learn more about the nonprofit, click here.