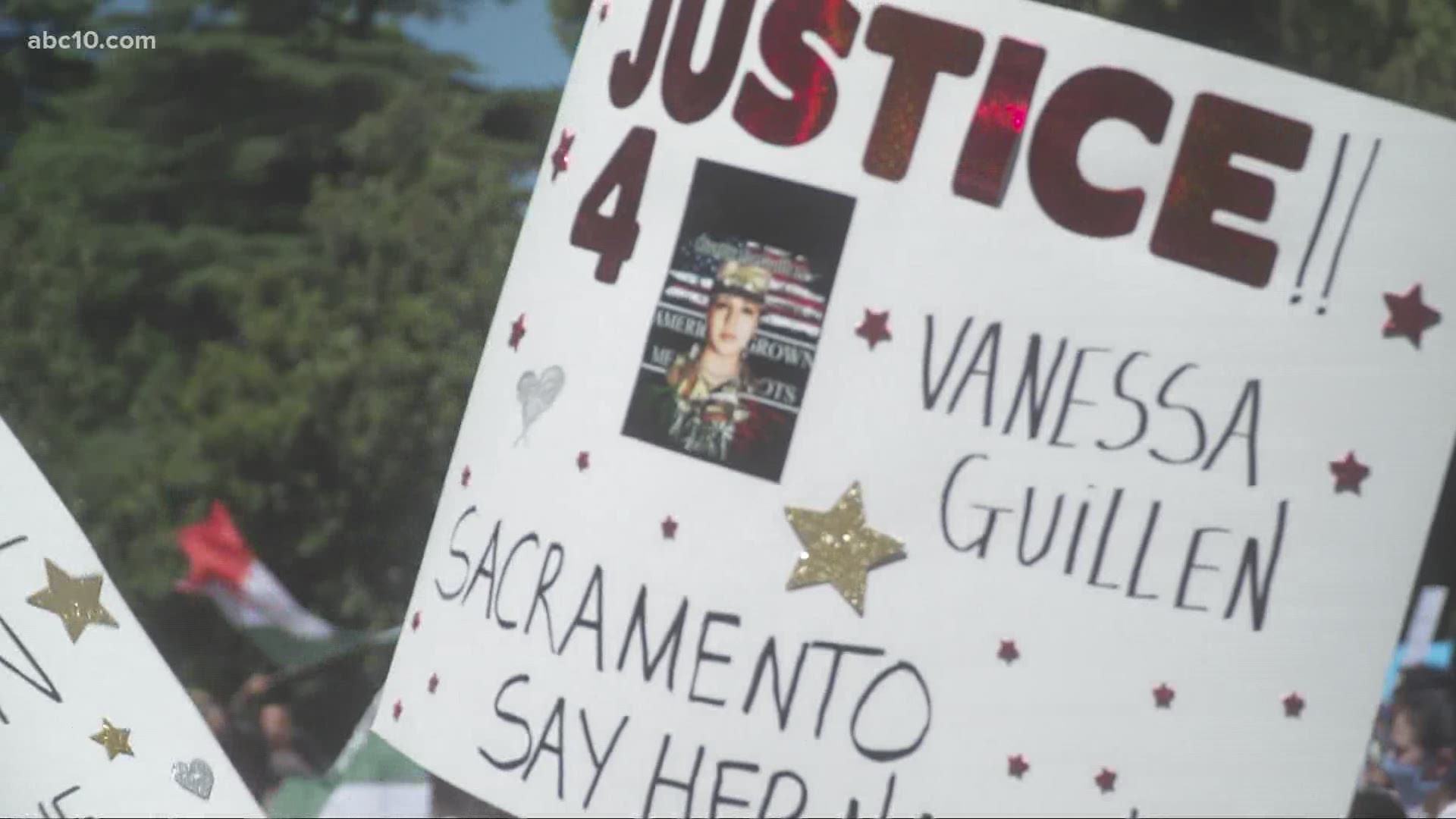 SACRAMENTO, Calif. — After the death of U.S. Soldier Vannessa Guillen, protesters marched, chanting, "do not recruit them if you can't protect them" at the California state Capitol to demand protection for soldiers who report sexual harassment.

Guillen went missing after her family said she told them she was sexually harassed while serving at Fort Hood in Texas. Guillen's story gained national attention since the army identified her remains.

Eva Sana organized the protest in Sacramento at the state capitol for Guillen and said more needs to be done to protect the soldiers who report sexual misconduct.

“We were just furious.  We are angered. We are hurting. We’ve cried, "Sana said. "I have never cried for someone I don’t know ever in my life never. Nothing has ever affected me like this.”

Protesters are also asking for zero enlistments in the military until justice is served for Guillen.

Sana said protesters want people to ask their representative to support the "I am Vanessa Guillen" bill that U.S. Rep. Sylvia Garcia authored that would allow an outside the army investigation.

The bill also aims to protect both men and women in the military from sexual harassment.

“I feel like it’s one of my own when Gloria spoke out about her own daughter, I felt like Vanessa became my cousin she became my sister and I felt her words in my soul,” Sana said.

Army officials told ABC News that during the Army's criminal investigation learned that Guillen was potentially harassed at Fort Hood. Officials said the harassment was not sexual, although some sexual comments may have been made toward Guillen.

Fort Hood authorities identified two suspects in Guillen's disappearance. Spc. Aaron David Robinson killed himself as officers attempted to arrest him. Officials said Robinson was not Guillen's supervisor nor in her chain of command.

Officials also identified Cecily Aguilar, who is charged with one count of conspiracy to tamper with evidence, according to the U.S. Attorney's Office Western District of Texas.

READ THE LATEST ON ABC10:

►Stay in the know! Sign up now for the Daily Blend Newsletter