Speaking to reporters Saturday, the president cited San Antonio's nonexistent border wall as the source of improved security in the city. 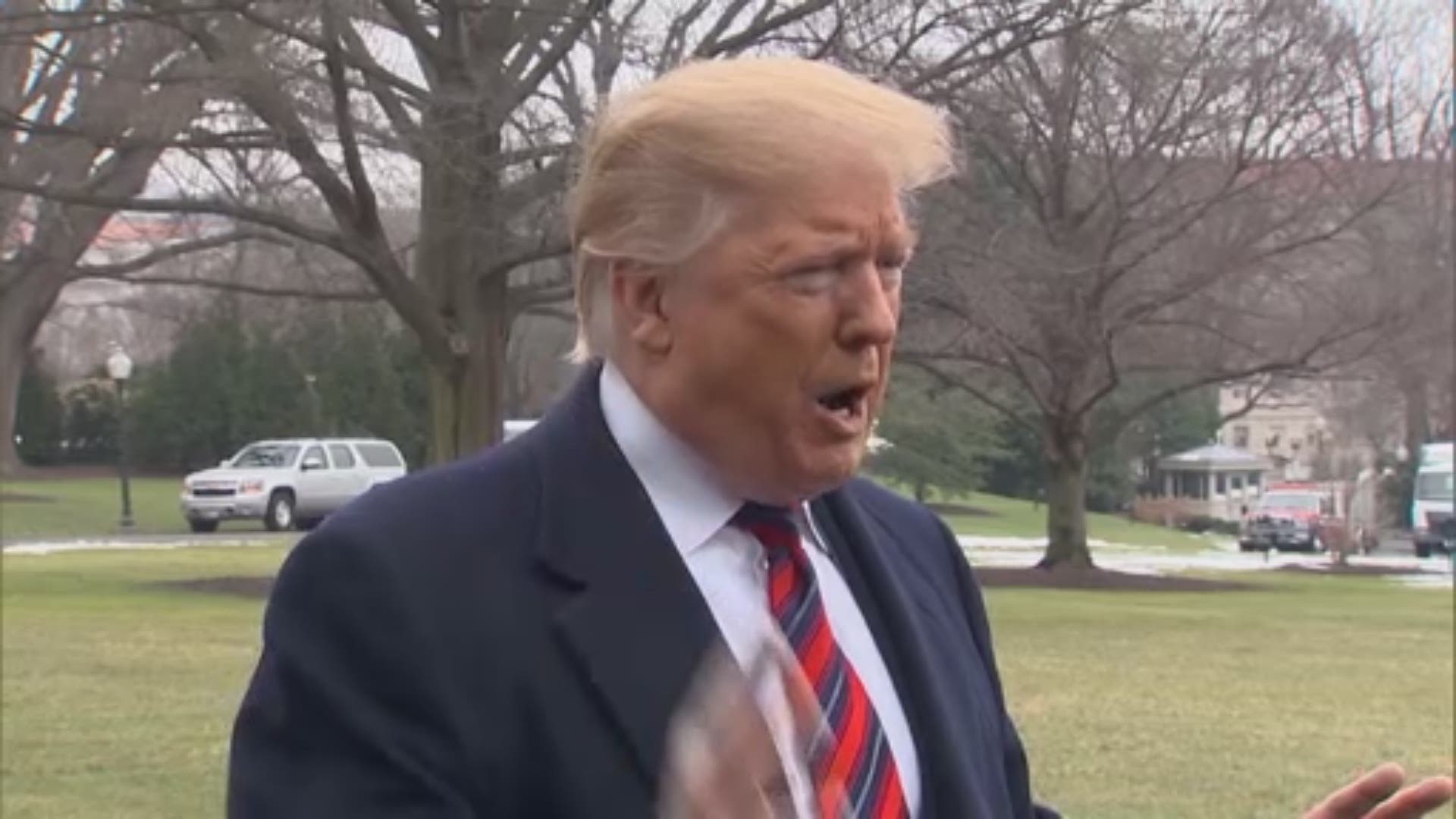 WASHINGTON, D.C., USA — Ahead of his "special announcement" Saturday on the government shutdown and the border, President Trump told reporters that "walls work," citing San Antonio's security improvement since putting up a wall.

San Antonio, however, does not have a border wall and is 157 miles from the U.S.-Mexico border.

Trump visited the Rio Grande Valley along the edge of the U.S.-Mexico border last week. During his visit, the president took part in a roundtable discussion on border security and met with Border Patrol agents stationed along the border.

Throughout the government shutdown, which has lasted nearly a month, Trump has insisted that a crisis exists at the border which would be fixed by a border wall.

During the president's visit, Texas Lt. Gov. Dan Patrick told him the state will build a wall along parts of the U.S.-Mexico border if the federal government pays Texas back.