Precinct 2 constable addresses allegations against her

Constable Michelle Barrientes Vela held a press conference to address the accusation that she misused her power. 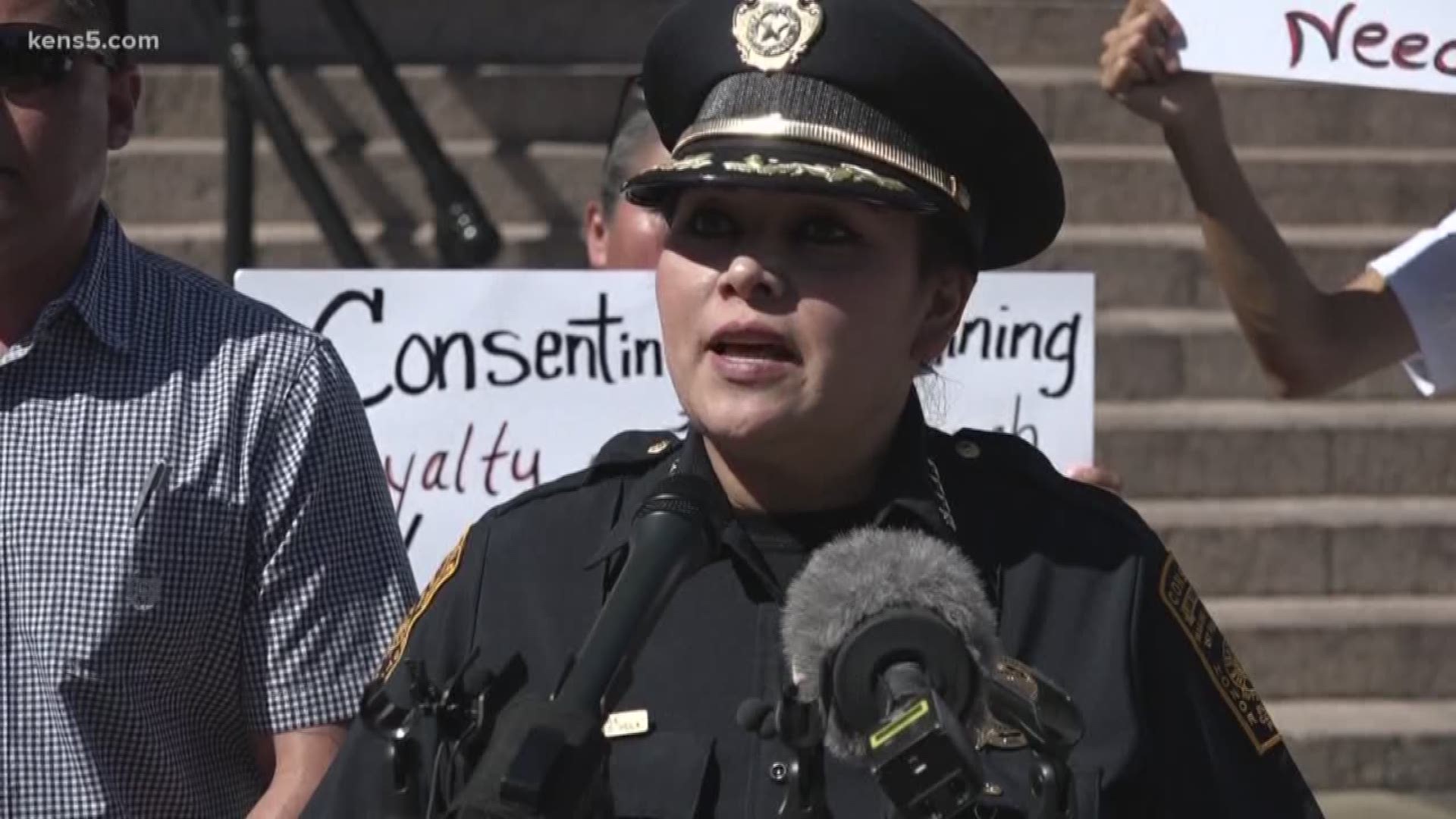 Moreno accused the constable of sexual harassment and retaliation. According to court documents, his complaints turned out to be false and was charged with aggravated perjury.

On April 30, two Precinct 2 deputies arrested and transported Moreno to the Bexar County jail. The two deputies who brought him to the jail are accused of delaying the booking process in order for the media to record Moreno in handcuffs. Precinct 2 deputy Marc Garcia said at the press conference that deputies were in communication with the BCSO public information officer to figure out the correct entrance.

“Unfortunately, we’re not too familiar with the sheriff’s office protocol on walking, perp walk deal. The P.I.O. was on the phone with us, telling us that we needed to relocate, which we did. That happened several times during this process,” Garcia said.

A different media outlet repeatedly asked why deputies parked for roughly 10 minutes on Salado Street before walking Moreno in the jail. But Garcia and the constable refused to answer the question.

The Bexar County District Attorney’s Office rejected the charge against Moreno and said there needs to be “further investigation,” adding it can be refiled later when more substantial supporting evidence is on hand to present to a grand jury.

Moreno has filed a lawsuit against the constable’s office, accusing Barrientes Vela of sexual harassment. He said the constable made efforts to touch and caress him on a work trip. Moreno added that she called him her work husband.

At the press conference, the constable addressed an incident at Rodriguez Park on April 21. She was working the security at the park. She’s accused of taking money from a person on claims that it was a security fee.

“It’s been brought to my attention that again, the Bexar County District Attorney’s Office is seeking to bring me before the grand jury of my office,” she said.

Precinct 2 Deputy Constable Jeremy Miner said the constable asked him to do an internal investigation of the incident. He said he collected data from the responding deputies and their patrol cars that contains tracking information.

“Why did both the reporting officer and assisting officer indicate that they were on scene and secure when neither one was on site?” Miner asked. “How did either responding officer know who to contact when there was no caller name or caller info listed in the key card?”

The Constable said she believes her office is under attack by Bexar County leaders. She said D.A. Gonzales isn't responding to her requests to meet. The D.A. said he has no comment at this time. Barrientes Vela added that the commissioners court isn't doing enough.

“I’ve been called 'wacko' by county judge Nelson Wolff. I’m not wacko. I’m only telling the constituents the truth on what they need to know on what transpires behind closed doors,” Barrientes Vela said.

Texas is a hotbed for human trafficking, according to new report