How Biden's immigration reform proposals could influence activity at the border

An expert with the Center of Immigration Studies said easing Trump's strict policies could cause an influx in Central Americans seeking to enter the U.S. 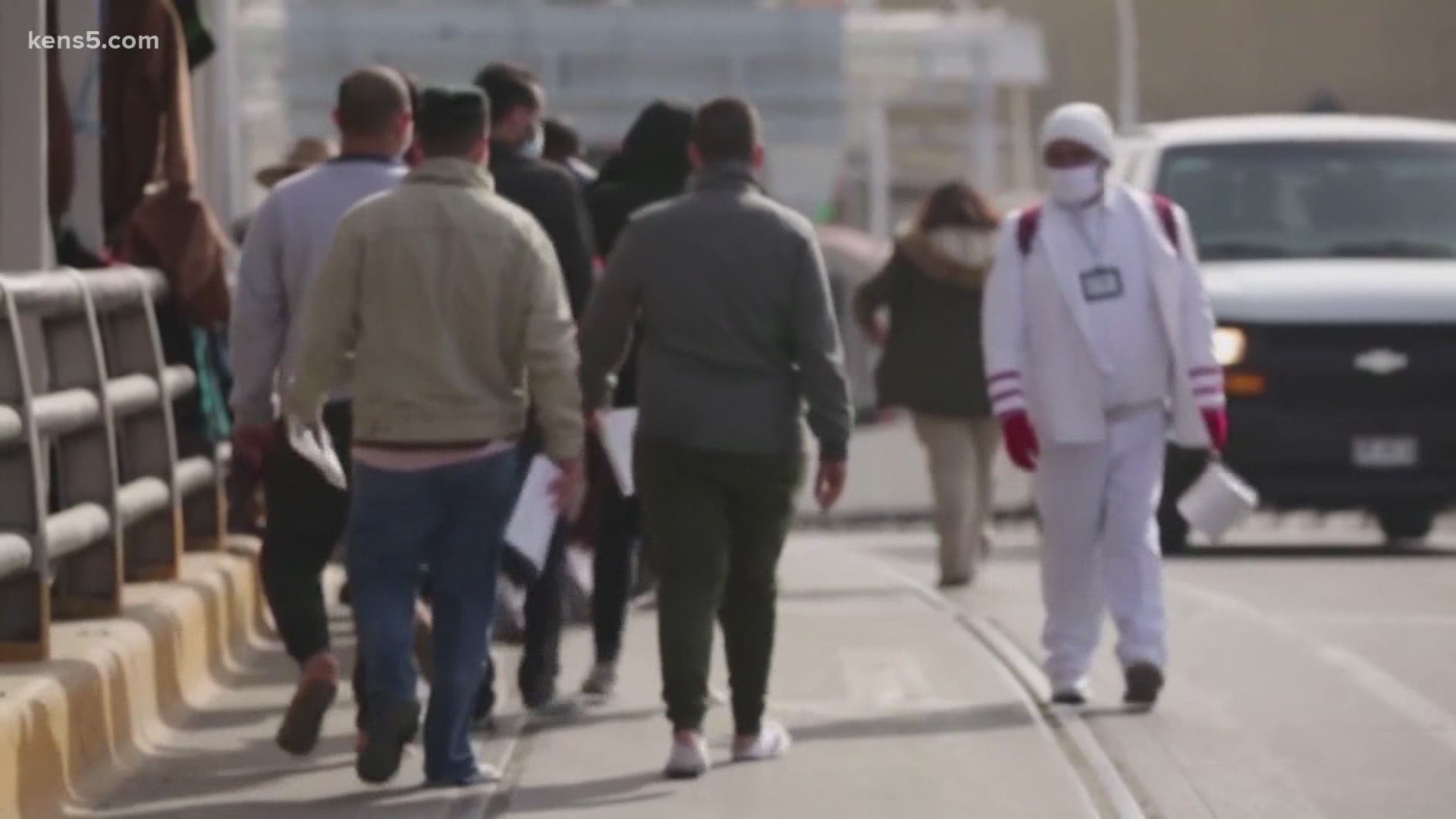 Those plans include paving a way to citizenship for millions, extending protections for those under Deferred Actions for Childhood Arrivals (or DACA) and easing asylum policies.

"In anticipation of Biden’s more welcoming policy toward migrants everywhere, they’ve heard that as a kind of clarion call,” said Todd Bensman, with the Center for Immigration Studies. “I’ve interviewed a great many of those migrants over the past six months to a year, and they’re waiting for it.”

Bensman has covered the southwest Texas border extensively over the last two decades as a reporter with the San Antonio Express News and other media outlets.

“We saw that at the bridge in El Paso just a couple of weeks ago, where there were Cubans chanting, ‘Biden, Biden,’” Bensman said.

Bensman is referring to an incident at the end of December when a large group of Cubans stormed the international bridge in El Paso.

Over the weekend, a caravan of thousands of Hondurans were seen clashing with Guatemalan authorities as they tried to make their way to the U.S.-Mexico border.

Bensman said the caravan didn’t get very far due to President Donald Trump’s policies that are still in place, but he said more caravans are likely to form in the near future.

“I would probably put a paycheck or two on that,” he said. “This particular one was beaten back mainly because of Trump-era agreements that Guatemala, Honduras and Mexico would use their military and police forces to stop these caravans before they get very far.”

"I don’t see a Joe Biden working like that,” said Bensman. “I think that those governments know this and are just kind of waiting for time to let their guard down and take their foot off the gas pedal, return the troops to the barracks. When that happens, you will see big migration caravans form up again and head for the border.”

“There’s 70,000 migrants who have been pushed back into Mexico under the MPP and there's probably another 100,000 migrants who just applied for Mexican asylum under their new policy,” Bensman said. “I would expect
(they) would soon come to the border as soon as possible...to test it, see what happens under the new administration.”

Bensman has recently penned a book coming out on Feb. 9 called “America’s Covert Border War:  The Untold Story of the Nation’s Battle to Prevent Jihadist Infiltration.”

Bensman said the potential surge of masses at the border also poses a security threat, which he outlines in his book.

“The book is about a kind of migration, very long haul migration, human smuggling from places in the Middle East, from South Asia, from countries of terrorism concern, who are routinely coming across the Texas border and present a very certain kind of a heightened national security risk."

He said these caravans and large surge of migrants coming to the border, provide what he calls “numerical camouflage,” allowing the criminals to hide within the masses.

“When they swarm our border control systems, you know, detention facilities, asylum processes and everything, and you just let them go because you have nowhere to put them and you can't put them in. Well, then, it's very easy to slip right in,” said Bensman.

Border Patrol officials in the Del Rio Sector report that agents apprehended close to 8,500 people in the U.S. illegally in November of 2020, a 182% increase from November of 2019.

Among those arrested, over 7,900 of them were single adults.

Bensman said Biden would have a hard time turning away incoming crowds of would-be migrants.

“He would have to just say, ‘OK, I'm going to let you in now or we're going to forcibly push you back,'" he said. "Which is a terrible look for the Biden administration on their very first interaction with migrants."