The President's reelection campaign in Maine is set to hold a 'Defend the Police' rally at GOP headquarters in Springvale, which is near Sanford. 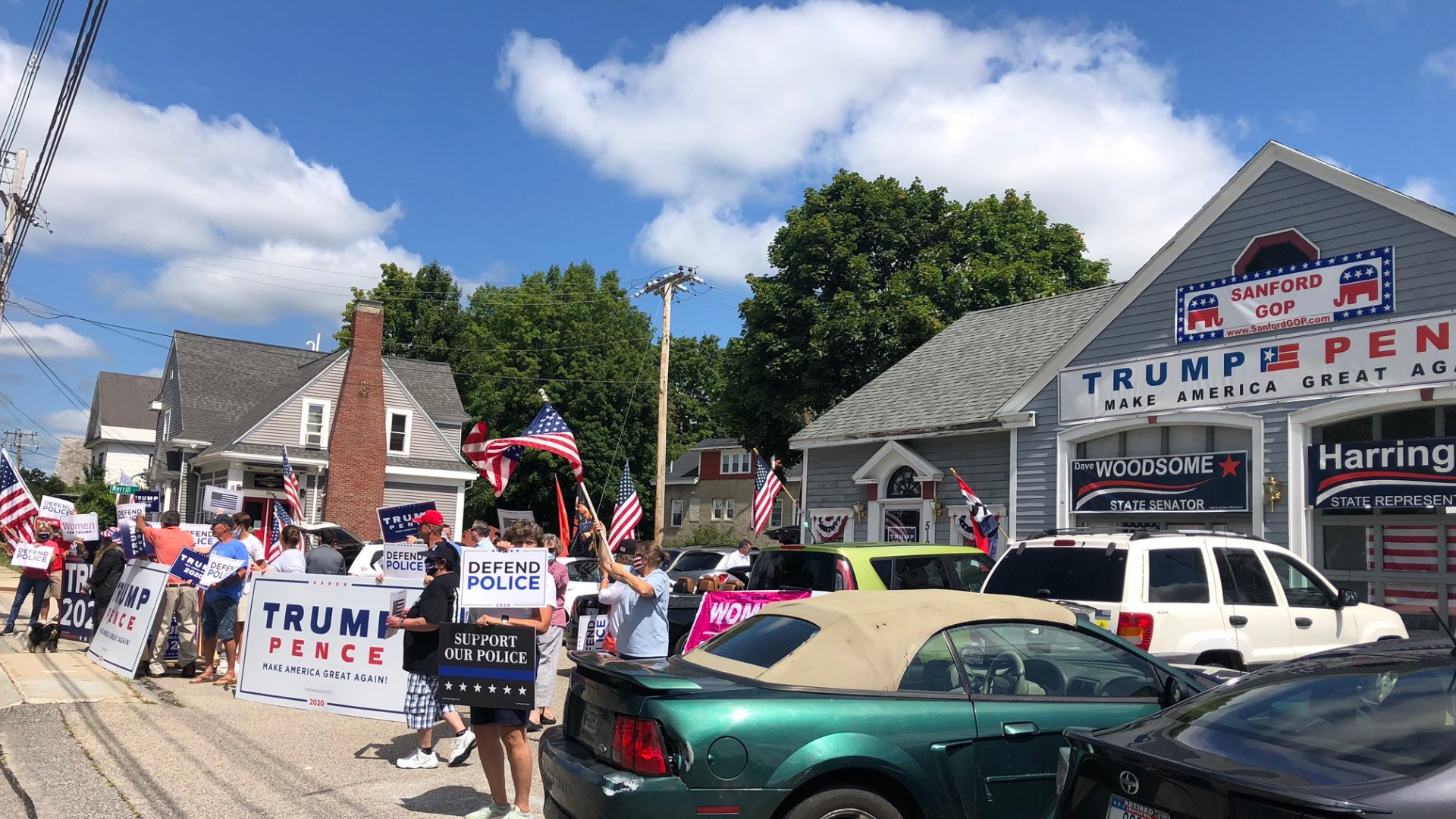 SANFORD, Maine — The 'Trump Victory' campaign in Maine hosted a 'Defend the Police' rally at the GOP headquarters in Springvale on Monday, August 17.

Several dozen people lined Main St. to express their support for both law enforcement and President Donald Trump by holding signs and cheering at passing cars.

Harrington told NEWS CENTER Maine, "Being a law enforcement officer myself, I put myself in their shoes out in Portland, Oregon, and Seattle, and the things they're going through are appalling to me. We can't allow this to come to my great state, so we're going to support the guy who supports that."

The timing of the event is no accident. Maine GOP has planned events each day this week in accordance with the Democratic National Convention.

#RIGHTNOW: Folks gather at the Sanford GOP headquarters for a ‘Defend the Police’ rally. The Trump campaign in Maine is holding events all week in alignment with the DNC. @newscentermaine pic.twitter.com/dCnxG3kwpQ

In response to the Trump Campaign’s “Defend the Police” Rally in Maine today before the first night of the Democratic National Convention, Maine Democratic Party Chair Kathleen Marra released the following statement:

“Donald Trump’s campaign in Maine ought to take a break from dividing Mainers with Trump’s rhetoric and policies and watch the unified vision Joe Biden and Kamala Harris are putting forth for Maine tonight at the Democratic National Convention. Tonight, they’ll see folks just like Mainers who have been damaged by Trump’s presidency and his failed pandemic response, the small business owners wrecked by Trump’s COVID economy, and the industries, from lobstermen and women to loggers and farmers, hurt by Trump’s reckless trade war. Watching our convention would be far more valuable for explaining why Trump is losing in Maine than anything that will come out of this rally.”