The bill filed by Rep. Dan Huberty of Harris County sets up State regulations for sports betting and gives voters the opportunity to decide. 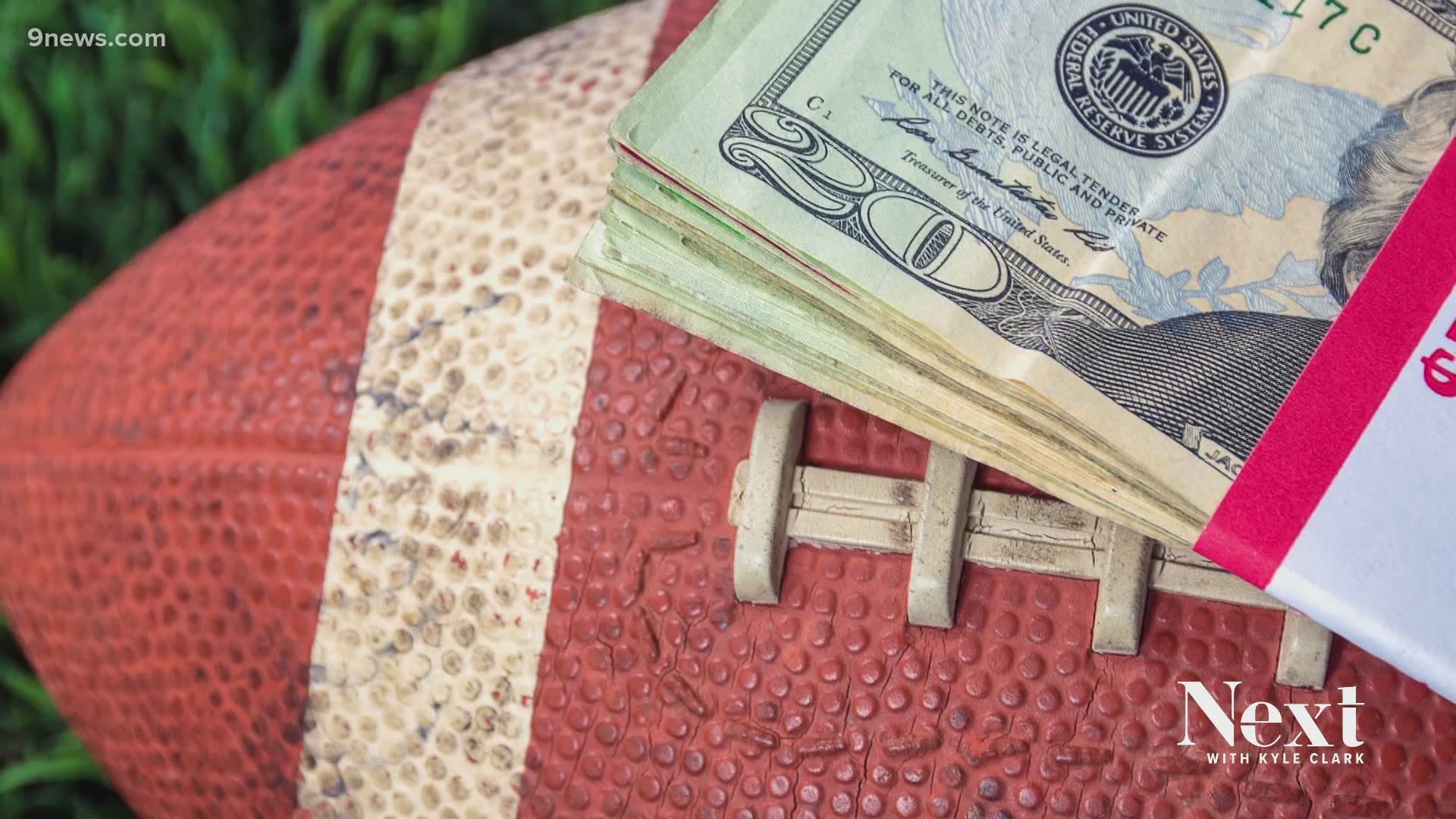 AUSTIN, Texas — Editor's note: The video published above is a report about sports betting's impact on tax money in Colorado.

State lawmakers will hear House Bill 2070 Wednesday, which would pave the way for legalizing sports betting in the Lone Star State.

HB 2070, filed by Republican Rep. Dan Huberty (TX-127) of Harris County, lays the groundwork for regulating sports betting in Texas. If approved by the legislature, the issue would be put to voters on the November ballot.

“It's in the best interest for Texas to implement a strict regulatory policy about this. It's already happening. People acknowledge it's already happening. And so we want to make sure that it's transparent, is trustworthy, that's got integrity to it, and it will generate additional funding for the state of Texas,” Huberty said.

According to the Sports Betting Alliance, there's an estimated $5 billion of illegal bets placed in Texas each year. But since the State isn’t currently regulating sports betting, it isn’t generating any revenue.

“It's creating the mechanism for us to be able to have a stream of revenue that's coming in off a stream of revenue that's going out already that would definitely benefit the education in the State of Texas,” Huberty said. “We're not taking the revenue off of the patron, but we are taking it off of the operators that are going to be providing this. And we think that, you know, right now, if we don't do it, we're missing out on hundreds of millions of dollars that we could generate.”

The U.S. Supreme Court in 2018 ruled in favor of the state of New Jersey, which opened the opportunity for other states to legalize sports betting.

According to ESPN, 20 states have already legalized it in some form, while 22 others including Texas have a recent bill introduced but not yet passed.

Huberty’s bill will be heard in the House State Affairs Committee on Wednesday. A companion bill, SB 736 by Sen. Juan "Chuy" Hinojosa, is awaiting a hearing in the Senate Business and Commerce Committee.

Llano working to become the 'Barrel Racing Capitol of Texas'

100 Days to go until Tokyo Olympics and nothing is certain