During a conference in Fort Worth on Thursday, Gov. Abbott weighed in on Lt. Gov. Patrick's tweet asking for a special session to pass conservative legislation. 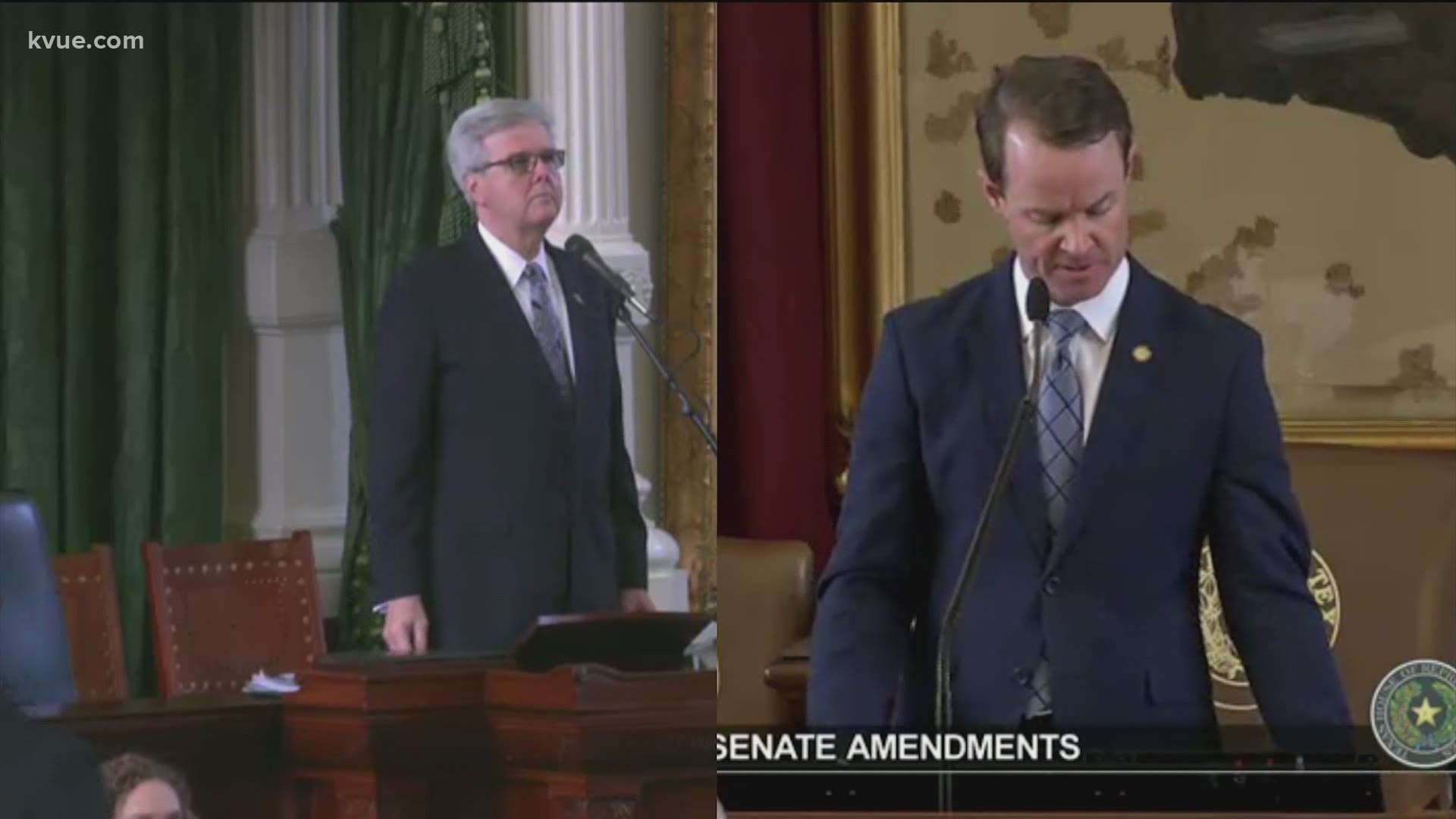 FORT WORTH, Texas — As the sun begins to set on another legislative session, it's not surprising to see tensions rise.

Even the lieutenant governor's call for a special session because his priority bills didn't pass is something Texans have seen before.

Asking @GregAbbott_TX to call a June #SpecialSession today to pass #SB29 to save girls sports, #SB10 to end taxpayer funded lobbying and #SB12 to stop social media censorship. The TxHouse killed these conservative bills that majority of Texans in both parties support. #txlege

But it's fair to say, Texans haven't heard the governor describe the lieutenant governor's request as "goofy."

"The lieutenant governor has actually called for a special session, saying his conservative priorities have not been passed. Are you considering doing that?" a reporter asked the governor during a news conference on border security in Fort Worth on Thursday.

"That's pretty goofy," Abbott responded, "because everybody knows there's only one person with the authority to call a special session and that's the governor."

Gov. Abbott went on to say if he calls a special session, he will only put one item on the call at a time – a move that will prevent lawmakers from passing bills not related to his agenda. He acknowledged a political move Patrick made overnight.

"If anybody tries to hold hostage this legislative session to force a special session, that person will be putting their members, in the Senate or the House, potentially into a special session for another two years until the next regular session," Abbott said.

Wednesday was the last day the Senate could vote out bills and Lt. Gov. Patrick did not call up a bill to extend the life of several state agencies, including the Texas Commission on Law Enforcement, which regulates officers in the state.

Patrick told reporters on Thursday there is a way to pass the legislation and he won't force a special session.

As for the tension between the chambers, the governor said it is not a cause for concern.

"What I do know is if the leaders in the legislature will stop fighting with each other and start working together, we can get all of this across the finish line," he said.

But the race to the finish line ends May 31.

'Shine through that darkness': Georgia senior goes from homeless to valedictorian