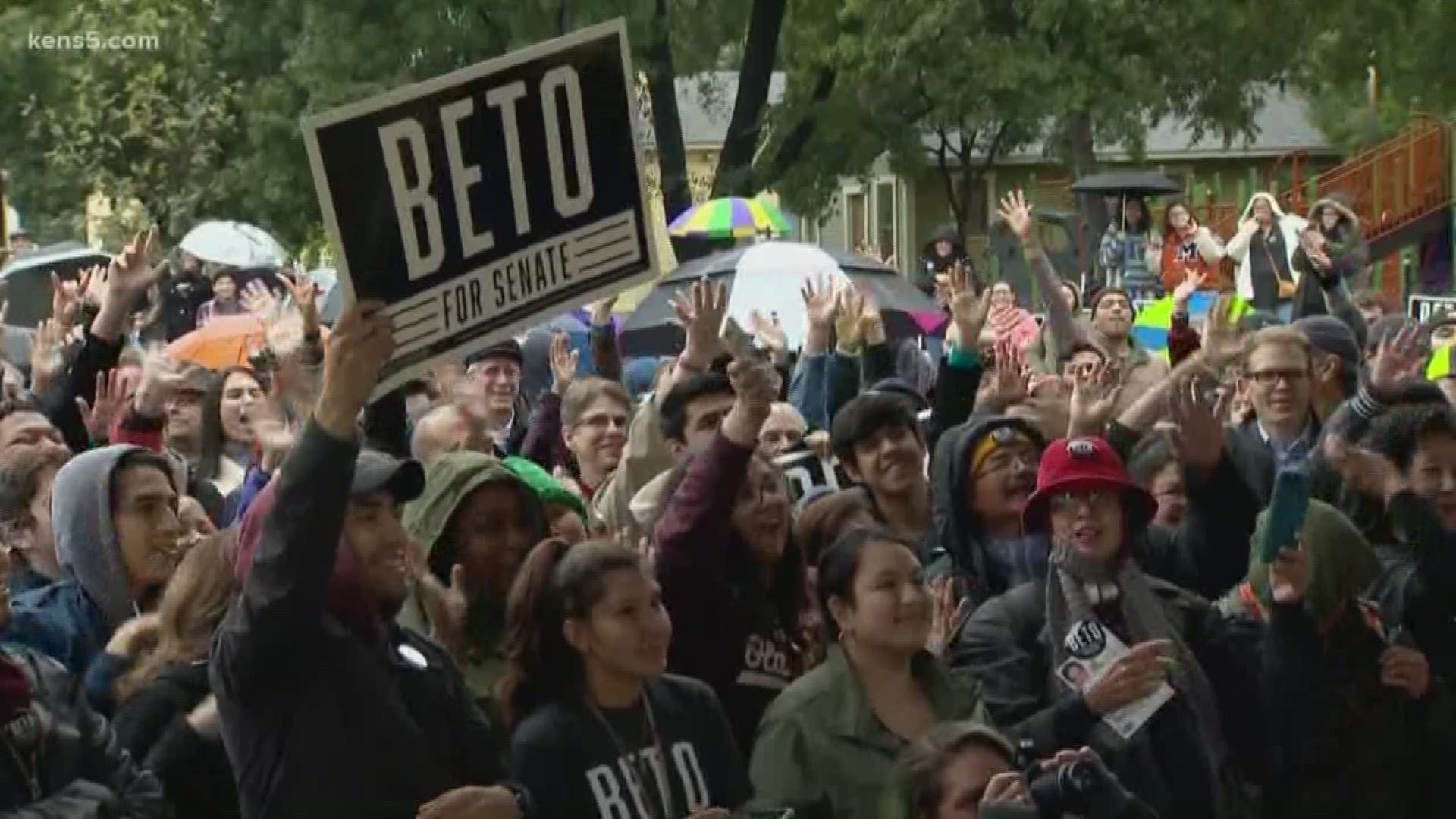 SAN ANTONIO — A very optimistic U.S. Congressman Beto O'Rourke spoke to a crowd of 1,500 supporters in the rain Monday night ahead of the Texas Debate.

O'Rourke has been on the road campaigning the last 22 months. He said he’s not only going to win this race, but hopes to show where he stands on all the important issues at the debate Tuesday night at KENS 5.

His supporters in the city’s west side at Plaza Guadalupe loved every minute of his half-hour speech.

.@BetoORourke just took the stage here in #SanAntonio.
“We made this commitment together.”
He says he has been on the road for 22 months. #kens5eyewitness pic.twitter.com/FrOxA1JmOz

He continued his message in saying his campaign is about the future. He talked about healthcare, Universal Pre-K, and his support in ending prohibition on marijuana.

President Trump announced on Monday he will have a ‘Make America Great Again’ Rally in Houston at NRG Arena to help support Senator Ted Cruz. When asked if this would have an impact on the race, O'Rourke said we will have to see.

RELATED: Pres. Trump to campaign in Houston on Oct. 22

“To me, it demonstrates that Senator Cruz will put his political ambition, his prospects in the next election, ahead of anything else, including his family, including those he swore to represent in Texas,” he said.

O'Rourke said Texas has lost its voice with Senator Cruz and said the rally with the President is the latest example.