The former mayor of Rio Grande City said warning signs started popping up in earnest back in 2014. 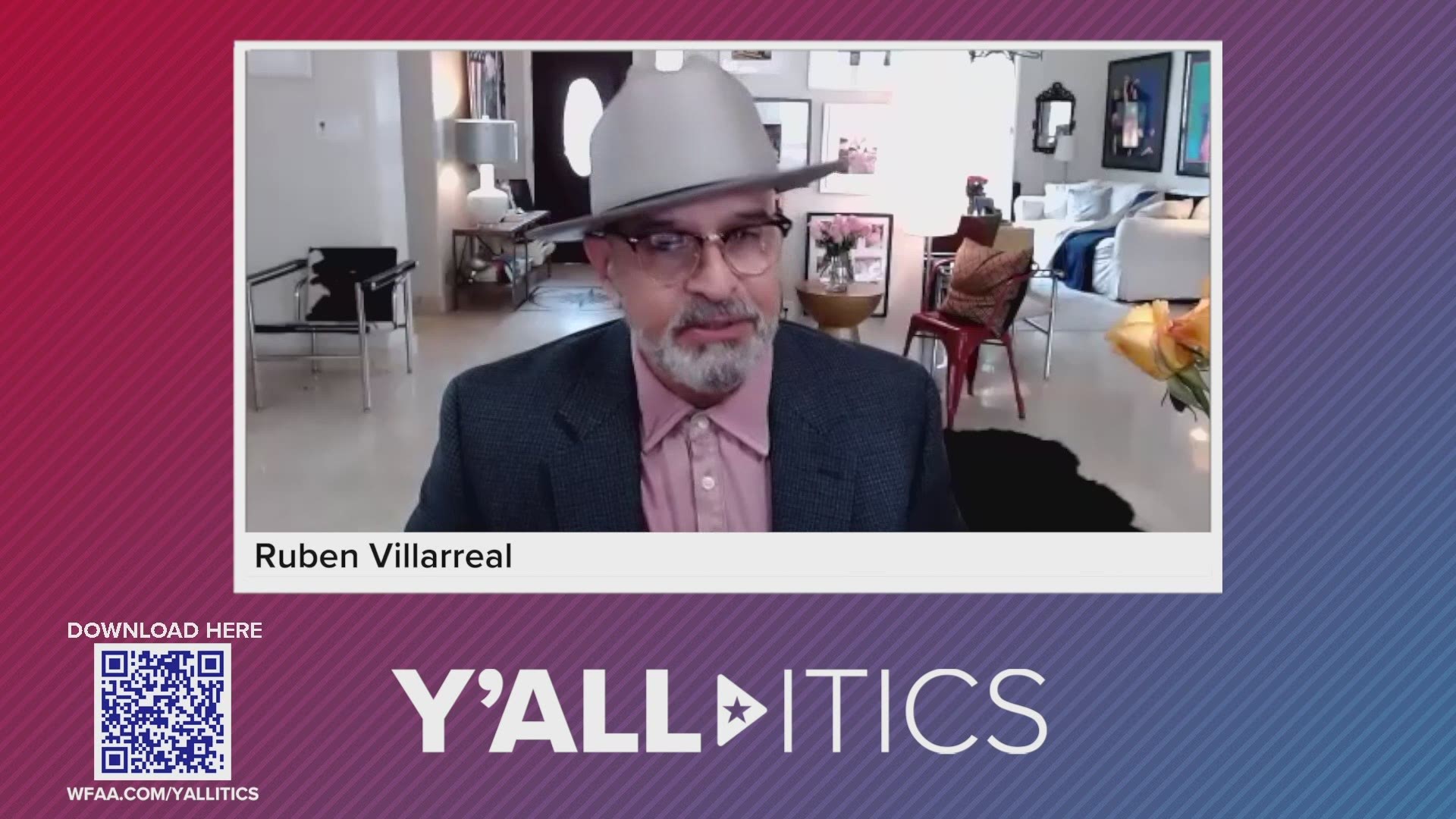 The former Mayor of Rio Grande City said make no mistake about it, the situation along the Texas-Mexico border is grave, but also it's not new.

“This is a crisis,” Reuben Villarreal said on Y’all-itics.  “But it’s a crisis that’s been around for over 30 years.”

The Republican said 2021 is different than years past because there are thousands of unaccompanied minors crossing the border.

ABC News reported there were nearly 4,300 children in U.S. Customs and Border Patrol custody over the weekend, which appeared to be a record number.

A number of leaders from across Texas joined Y'all-itics to talk about the current situation and what needs to be done to fix it. To listen, subscribe wherever you get your podcasts: Apple Podcasts | Google Play | Spotify | Stitcher | Amazon Music

“Contrary to what Governor Abbott’s saying with Operation Lone Star, you don’t need National Guard troops with bayonets. These kids are literally walking across the bridge, turning themselves in and applying for asylum,” Domingo Garcia said.

Domingo Garcia is the National President of the League of United Latin American Citizens (LULAC).

The organization is trying to help along the border by providing food and shelter to some of those children and mothers.

Garcia said the best way to stop the migrant surge is to “turn off the faucet” where they’re coming from, which immigration experts say is now primarily Central America.

“We need to provide assistance directly to the people, nonprofits and religious groups, not to corrupt governments," said Garcia, "and therefore providing economic and security for these children, so they don’t have to come across a very dangerous, by the way, path through Mexico to the border.”

He said the people trying to cross the border are desperate and willing to try anything to take care of their families.

“…like Ted Cruz going to Cancun during the freeze here in Texas. You know, he was just trying to take care of his family, go to a warmer spot, a safer spot. Same thing with these people, except they’re coming over here," said Garcia.

Villarreal also said human traffickers are taking advantage of the situation, feeding false narratives to the most vulnerable, telling them immigration policy has softened in the U.S. and encouraging them to make the dangerous trip.

“They basically tell the people back there, 'get in on this,'” Villarreal said. “If you send your child and you send them by herself, he will be taken care of. It’s okay if they have family members here that they can find.  But what happens when they can’t find the family members?”

Experts say the worst is yet to come, as peak immigration season is late spring through the summer months.

Garcia and Villarreal agree a solution is out there, but it will take bold decisions.

Villarreal said warning signs started popping up in earnest back in 2014.

He said if the government was paying attention, lawmakers would have come up with a plan to process migrants faster, provide infrastructure for kids and mothers, and have social workers ready to help.

Since that’s not in place currently, he said all the major stakeholders must start putting in the time and bring in the folks who are trained to handle families and their needs.

The former mayor said the Biden administration has to start talking to experts along the border who know their communities.

“If somebody is going to give you solutions that work, it’s going to be the people that see it on a daily basis and have worked with this before,” he said.

That includes lawmakers such as Rep. Henry Cuellar.

The Democrat from Laredo said officials in the Biden administration are not consulting Texas Democrats who represent the border as the White House tries to address the surge.

“They were down there in the [Rio Grande] valley just this last weekend and they didn’t contact Congressman Vela, Congressman Gonzalez or [me], which is very interesting,” Cuellar said on Sunday’s Inside Texas Politics. “We don't just go to the border and just spend a few hours and think that we know the border better than somebody who has a lifetime of experience.”

Then there’s a phrase that has become a political hot potato, something almost forbidden akin to cussing: comprehensive immigration reform.

Garcia said he expects Congress to pass some reform by the end of March, including a path to citizenship for so-called DREAMers, undocumented immigrants brought to America as children, and reinstating temporary protected status (TPS) for some Central Americans.

But he said it won’t be “comprehensive.”

In other words, no top-to-bottom change.

And the former mayor along the border said that’s a big problem.

We’d like to know what you think about Y’all-itics! So, please take the survey the Jasons mentioned: https://bit.ly/3qPjJDO