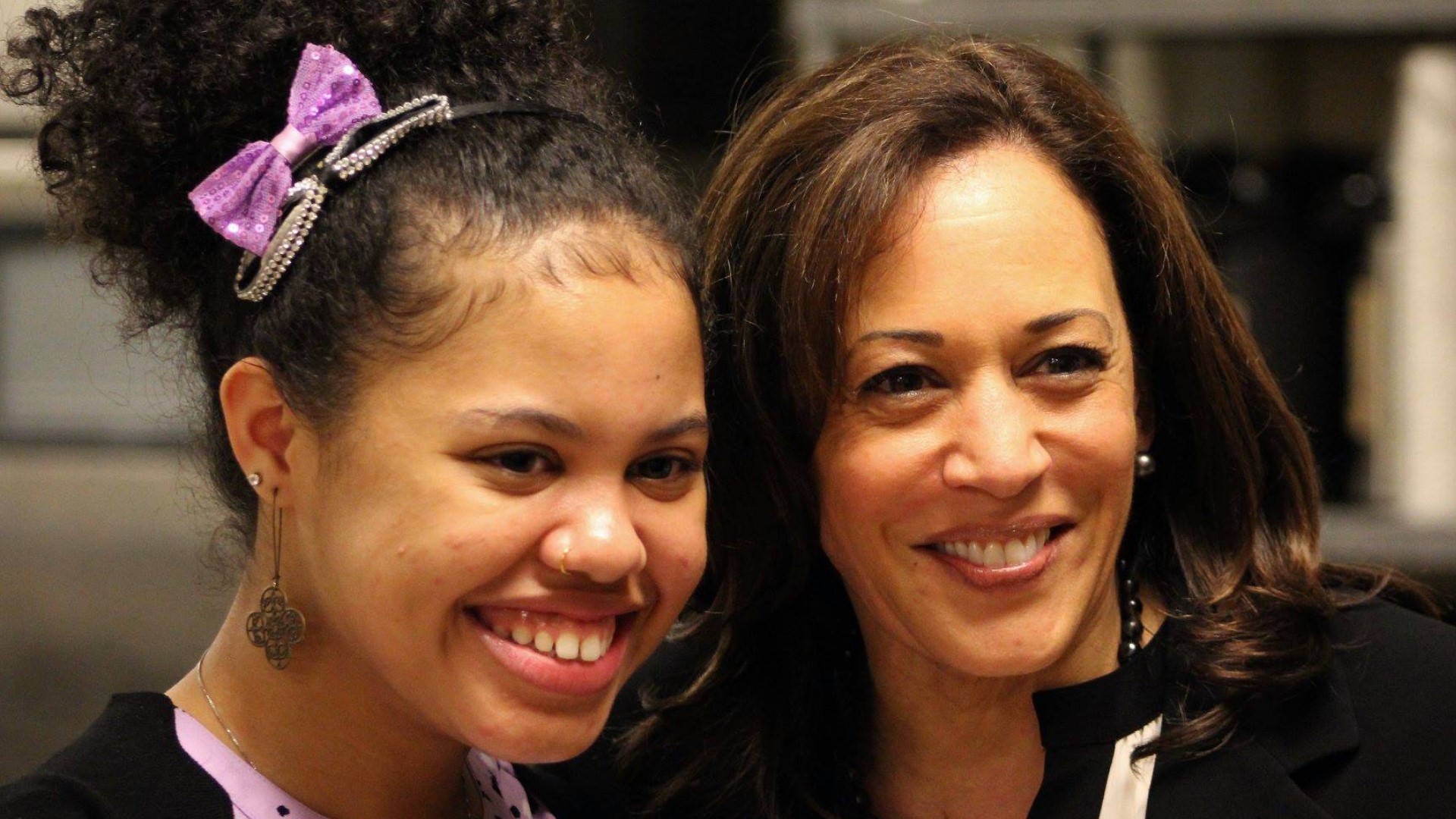 DALLAS — Haley Taylor Schlitz was always told she could be anything she wanted to be.

So she became a harpist and a pianist.

She is a public speaker and a pageant winner.

She graduated from high school at 13, earned her undergraduate degree from Texas Woman’s University at 16, and was accepted to five law schools before turning 17.

“My mom always says that if we see it, we believe we can do it,” Haley said.

But this gifted child prodigy had never really seen herself as president until someone who looked like her became a candidate.

Haley was asked to introduce Sen. Kamala Harris at a 2019 campaign stop in Tarrant County.

The then-presidential candidate was speaking in a hotel ballroom in Grapevine.

Lets have an honest talk about @KamalaHarris & #AmbitiousWoman.

It is obvious that what bothers ppl about #KamalaHarrisForVP is that she has led a life of excellence that makes her very qualified to be our nation's VP. But it is deeper than that. pic.twitter.com/Q8Mupxzrnj

Haley and her father waited backstage and briefly met Harris before the senator took the stage.

A photographer captured a surprised look on Harris’s face when Haley told her she was the youngest student ever admitted to law school at SMU.

Haley said she told Harris, “Ambitious Black women like you are the reason why I’ve been so ambitious myself.”

RELATED: Kamala Harris talks at DNC about obstacles to voting

Haley was an avid Harris supporter and was disappointed when her presidential campaign ended.

Harris knows the struggles and barriers of being a woman in America and of being Black in America, and in the midst of a global pandemic and racial reckoning, Haley sees it as "the perfect time” for Harris.

“She is perfect timing," Haley said.

Feel compelled to remind everyone how important @KamalaHarris campaign was to #GenZ #BlackGirls. She showed us that we could moved beyond dreams. She shows us everyday that our potential is not limited. Thank you @SenKamalaHarris #KHive #KHiverForever pic.twitter.com/PvG2ZrfPFD

Where the nation sees the first woman of color on a major party ticket, Haley sees herself.

“It’ll be motivation to everybody, to all the Black girls in America, to be world changers, because that's what she is.”

Haley turned 18 and registered to vote two days before starting her second year at SMU’s Dedman School of Law.

It was the same day the Democratic National Convention began.

Haley is a convention delegate and is now considering a future in politics.

“I want to hopefully eventually be governor of Texas, and then I also want to run for president of the United States one day,” she said.

Haley said she’s heard people use the word “ambitious” as a criticism of Harris and other women in positions of power.

“Yeah, I’m ambitious. She’s ambitious. And they’re scared that Kamala Harris is going to spark an entire generation of ambitious Black girls. Well, I hate to break it to them…it’s too late. I’m already motivated. I’m already on my way.”

“For her to be breaking that glass ceiling and to be up there inspiring all of us, it’s really, really important," she said.