Gov. Greg Abbott says Texas will not accept refugees in 2020

A letter signed by nine members of the Texas House of Representatives on Thursday had urged the governor to participate in the federal refugee resettlement program. 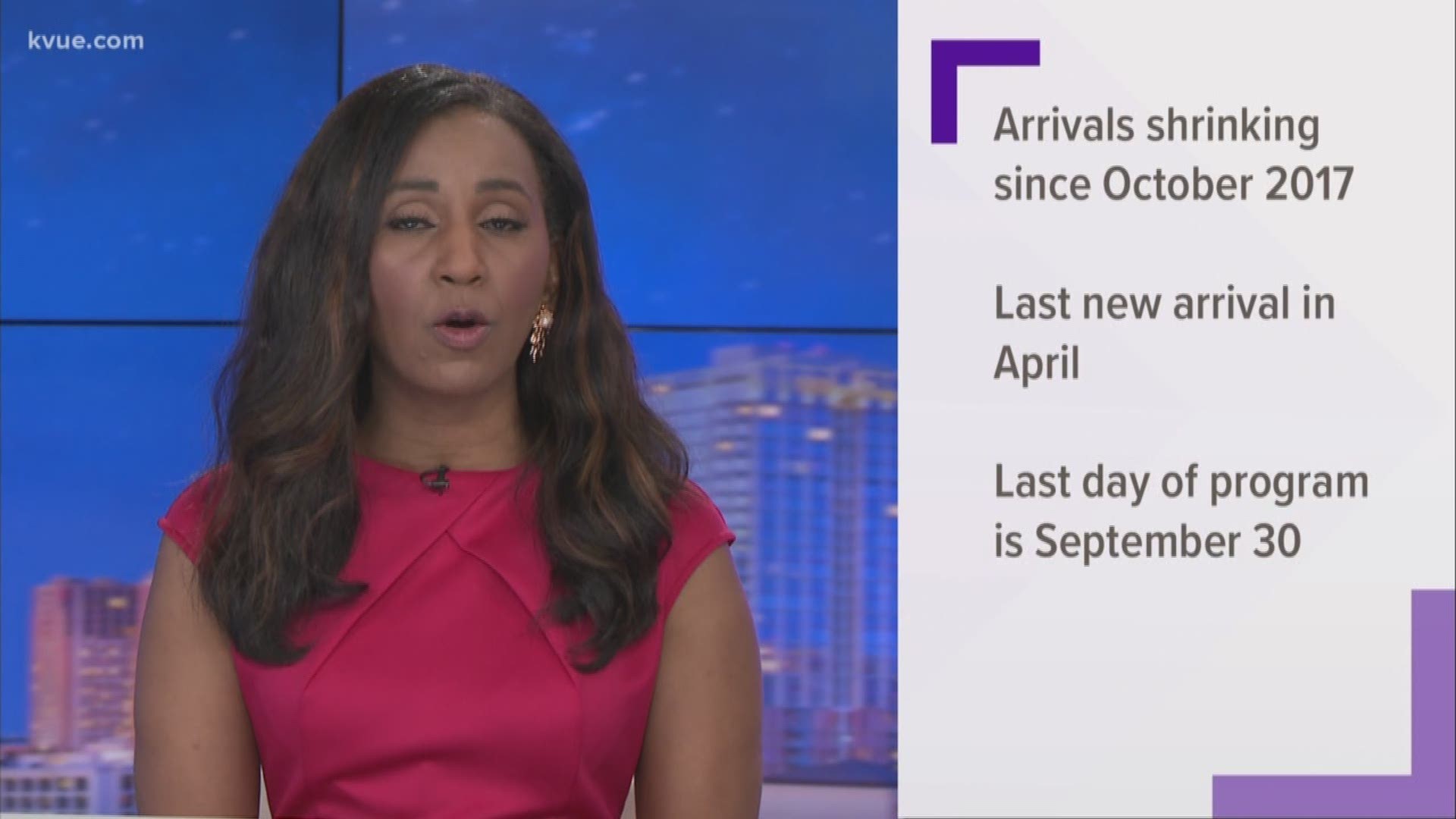 On Friday, Gov. Greg Abbott said Texas would not participate in the federal refugee resettlement program due to concerns about border security, according to our partners at the Austin American-Statesman.

In a letter signed by herself and eight other members of the Texas House of Representatives on Thursday, Rep. Vikki Goodwin urged Gov. Abbott to again allow refugees to settle in Texas under the federal Refugee Resettlement Program.

The program is part of an effort from the federal departments of Homeland Security, State, and Health and Human Services. After screening refugees for possible security risks, it places them in locations around the country, providing them with financial and medical aid.

According to a press release from Rep. Goodwin's office, Gov. Abbott withdrew Texas from the program in 2016. In 2019, President Donald Trump ordered the State Department to determine that Texas and local officials agree to receive any refugees before relocating them to those jurisdictions.

"I'm deeply disappointed in Gov. Abbott’s decision to opt out of the refugee resettlement program. An unprecedented amount of people are experiencing displacement in today's world due to political and economic instability and conflict, and we should welcome them to Texas with open arms. With the strength of our economy and our people, we have ample resources to help refugees – it is our moral obligation to do so."

As of Jan. 9, 2020, the release states 39 governors have made this commitment for their states, but not Gov. Abbott.

Some schools offer refugee kids a safe place to learn

US proposes tougher rules on work permits for asylum-seekers

The letter can be read below:

"In accordance with President Trump’s executive order, the State Department has declared that states must affirm their participation in the federal Refugee Resettlement Program by January 21. I am asking for you to commit to allow refugees to resettle in Texas under this program.

This issue is both a moral and an economic one. We have an ethical obligation to help those who are fleeing violence and oppression. Most Americans recognize this: a 2018 poll by the Public Religion Research Institute showed that 60% of Americans oppose passing a law that would prevent refugees from coming to the US. Additionally, refugees make a significant economic contribution to Texas and the US.

They possess an entrepreneurial spirit: 13% of refugees were entrepreneurs in 2015, compared to 9% of the US-born population. That same year, refugees in Texas spent $4.6 billion and paid $1.6 billion in taxes.

People who are forced to flee their home countries come here looking for a better life and work hard to achieve that goal. We should welcome refugees into our state, and I urge you to do this by committing Texas to the Refugee Resettlement Program."

"Texas means friends. We are the friendship state. We help our neighbors. That’s what we do. Refugees are our neighbors. After suffering violence, war and persecution, they filled out the necessary paperwork and were deemed eligible to move in.

"Refugees are not political pawns and bargaining chips to advance anti-immigrant policies. We cannot let Republican racism overpower our love and compassion for our brothers and sisters fleeing violence across the world. Republican Gov. Greg Abbott is in complete opposition to our Texas values by refusing to let refugees into our great state. Gov. Abbott’s decision will lead to more innocent people dying.

"We should be welcoming refugees to Texas, instead of ending a program that saves lives."

RELATED: 'We are a welcoming city.' Hundreds show up to Austin Refugee Day Festival